Sony has announced its first 5G smartphone: The Xperia 1 II which, for the curious and/or confused, is pronounced Xperia One, Mark Two. Which isnt at all confusing, er.

No one understands the entertainment experience better than Sony, said president of mobile communications, Mitsuya Kishida, claiming the company is uniquely positioned in the era of 5G cellular technology to offer its target users an enriched experience thanks to Sonys extensive content portfolio.

Whether you are a broadcast professional who requires dynamic speed or an everyday user who desires enhanced entertainment Xperia with 5G takes your mobile experience to the next level, he said.

As ever with Sony a major b2b supplier of image sensors to other smartphone makers (rather than a major seller of its own phones) its made the camera a huge focus for the new Android 10 flagship, which has a 6.5in 21:9 CinemaWide 4K HDR OLED (38401644) display and is powered by a Qualcomm 865 Snapdragon chip (with 8GB of RAM on board).

Round the back the Xperia 1II packs three lenses which offer a selection of focal lengths (16mm, 24mm and 70mm) for capturing different types of photos from super wide angle to portraits.

All three rear lenses have a 12MP sensor, while round the front theres an 8MP lens. Sony is also using Zeiss optics for the first time in a smartphone, expanding a long-running collaboration to a new device type.

Talking up the camera, Kishida touted ultrafast low light autofocus, noting too that it supports 20fps autofocus and auto-tracking burst (which he called a world first in a smartphone) for capturing crisp action shots.

Our new continuous auto focus keeps tracking moving subjects. Whats special about this is with 20fps it calculates the object 3x per frame thats 60x per second capturing the very moment, he said.

With the power and speed of 5G you will be able to share those moments more quickly and more easily across the network, he added.

Another photo-friendly feature is real-time eye auto focus. Sony demoed this by showing it working on a video of a cat playing with a toy. So, tl;dr, Sony has trained its model on data-sets of pets too, not just humans.

A Photo Pro interface on the handset, meanwhile, has been designed to be familiar to users of Sonys mirrorless Alpha cameras letting photographers tune shots via access to tweakable parameters theyre used to using on Sonys high end digital cameras.

Sony is paying the same mind to video makers, with a video editing interface on the device that offers features such as touch autofocus and custom white balance which Kishida said will help visual storytellers control the camera more easily.

Best of all, the Xperia 1II has a 3.5mm headphone jack enabling audiophiles to enjoy the simple pleasure of plugging in their favorite pair of high-end wired headphones and tuning out everything else.

Kishida flagged the use of an AI technology, called DSEE Ultimate, which he said upscales the sound signal to near high resolution audio including when streaming. This the best on the go acoustic experience available, he claimed.

On the games front he touted a collaboration that will let users of the device play a mobile optimized version of Call of Duty using Play Station 4s Dualshock 4 wireless controller.

The handset, meanwhile, packs a 4,000mAh battery as well as fast wireless charging.

Per Kishida the Xperia 1II will start shipping from Spring onwards, though its not yet clear which markets Sony will be bringing the device to (last year the companys mobile division was reported to have defocused most of the global market in a bid to focus on profitability).

The Xperia 1II may have a fairly niche target buyer, as Sony is a relative bit player in consumer smartphone sales vs giants like Samsung and Huawei, but is intended to act as a showcase for what the companys camera technologies can offer other mobile makers.

Sonys mobile chief was making the announcements at a virtual press conference screened via YouTube after the company became one of the first big companies to pull out of attending the Mobile World Congress tradeshow.

MWCs organizer, the GSMA, subsequently cancelled the annual mobile industry event, which had been due to take place in Barcelona this week, after scores of exhibitors said they would not attend citing public health concerns attached to the novel coronavirus.

MWC typically attracts more than 100,000 visitors across four days. So the sight of Sonys press conference being streamed to an empty room entirely devoid of cameras, claps or woos but still with built in pauses for the media to take photos of the new hardware was more than a little surreal. 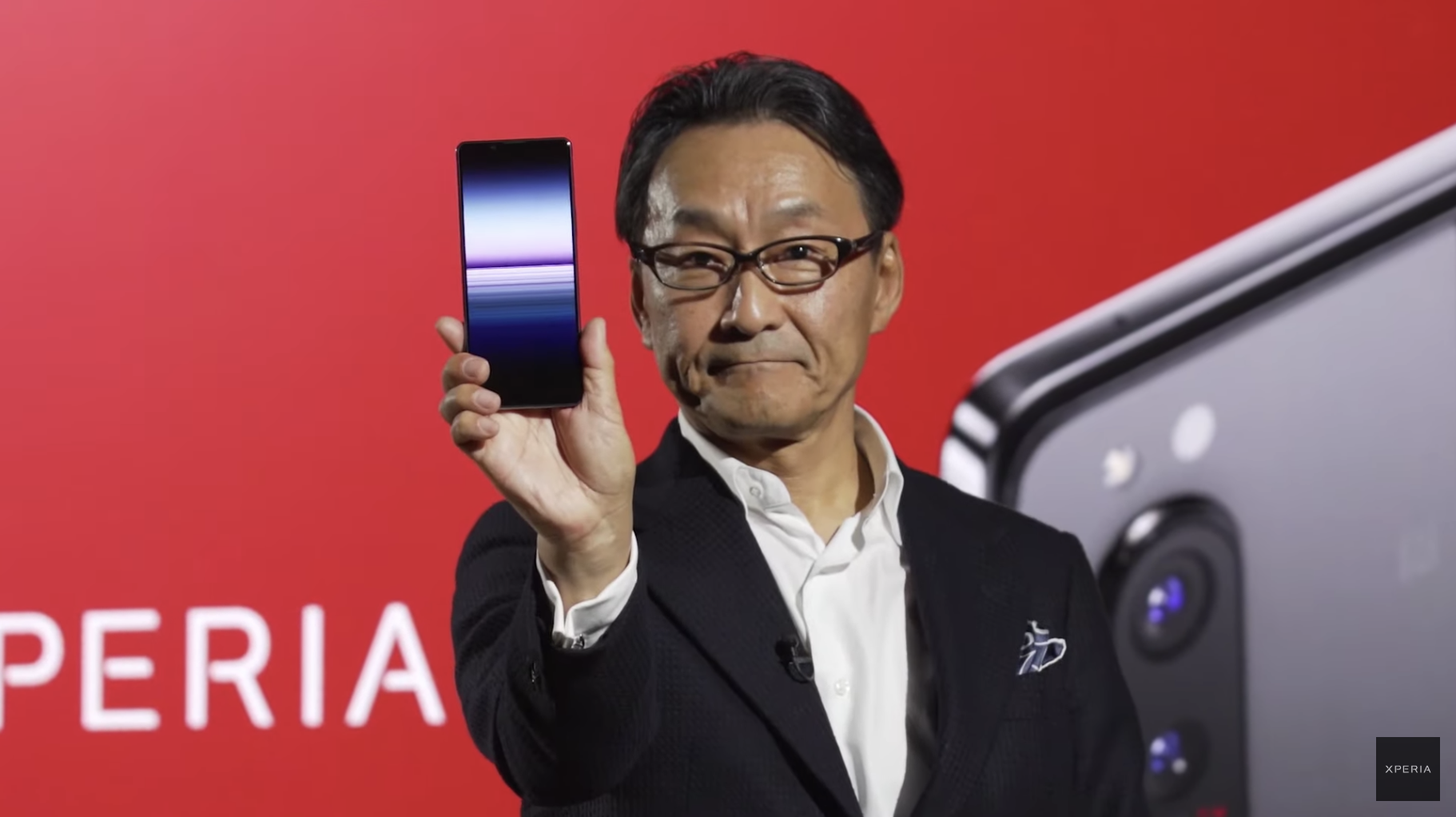 Kishida had another 5G handsets to tease: aka the Xperia Pro a flagship handset aimed at video professionals. It features 5G mm wavelength technology for improved capability to stream high-resolution video, as well as a handy micro HDMI port for easy plugging in of other high end camera kit.

Sony touted tests its done with US carrier Verizon (aka TechCrunchs parent company) to use the forthcoming 5G handset for live streaming of live sports events. 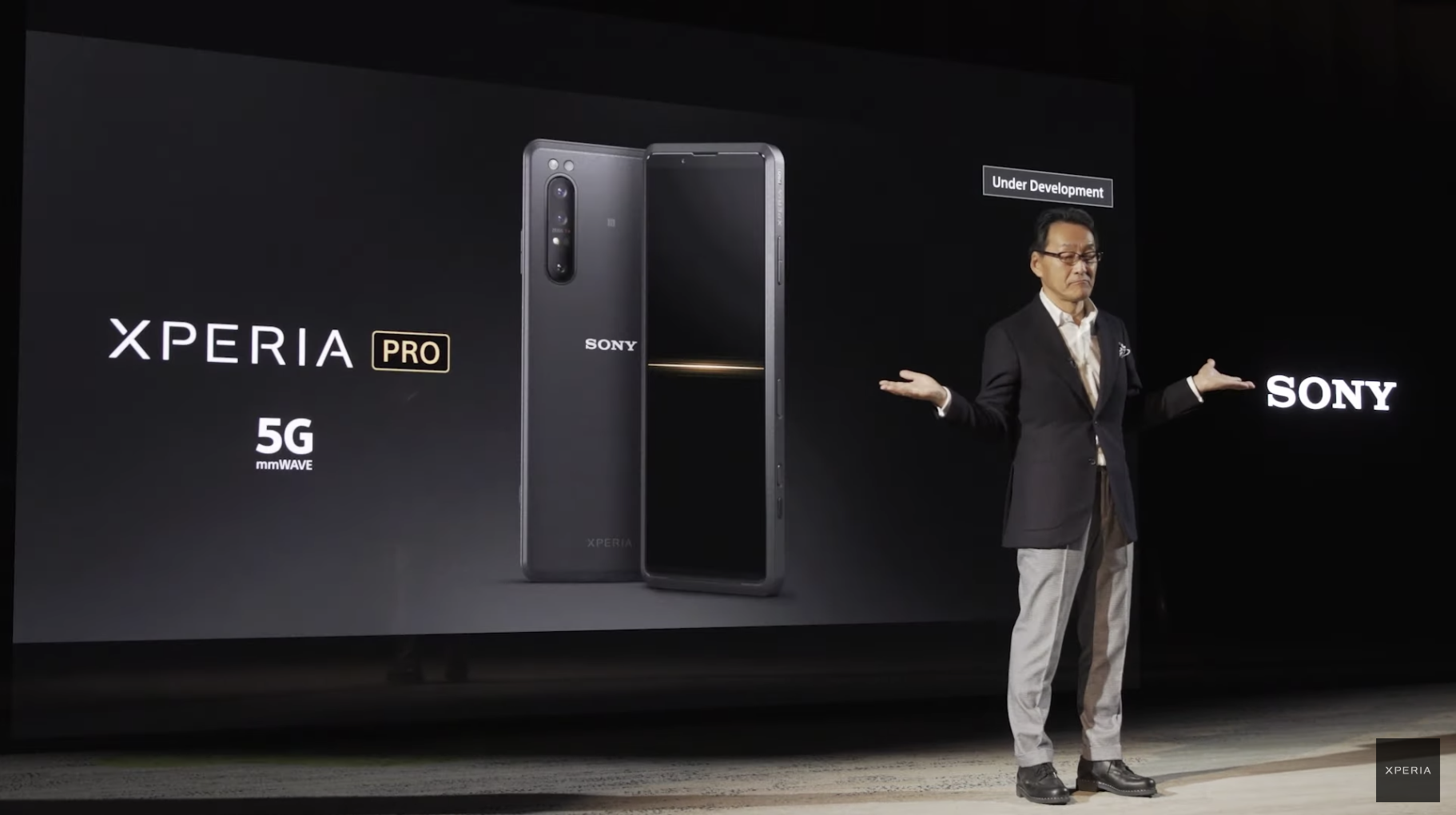 Sonys expertise and long history in providing profession digital imaging solutions is very unique, added Kishida. Only Sony has such deep and well established relationships and we are bringing decades of experience to an end-to-end solution from professional content creation to mobile communications technology in 5G.

There was a mid range smartphone announcement too, also shipping from Spring onwards: The Xperia 10 II packs a 6in display and also features a triple lens camera as well as water resistance.