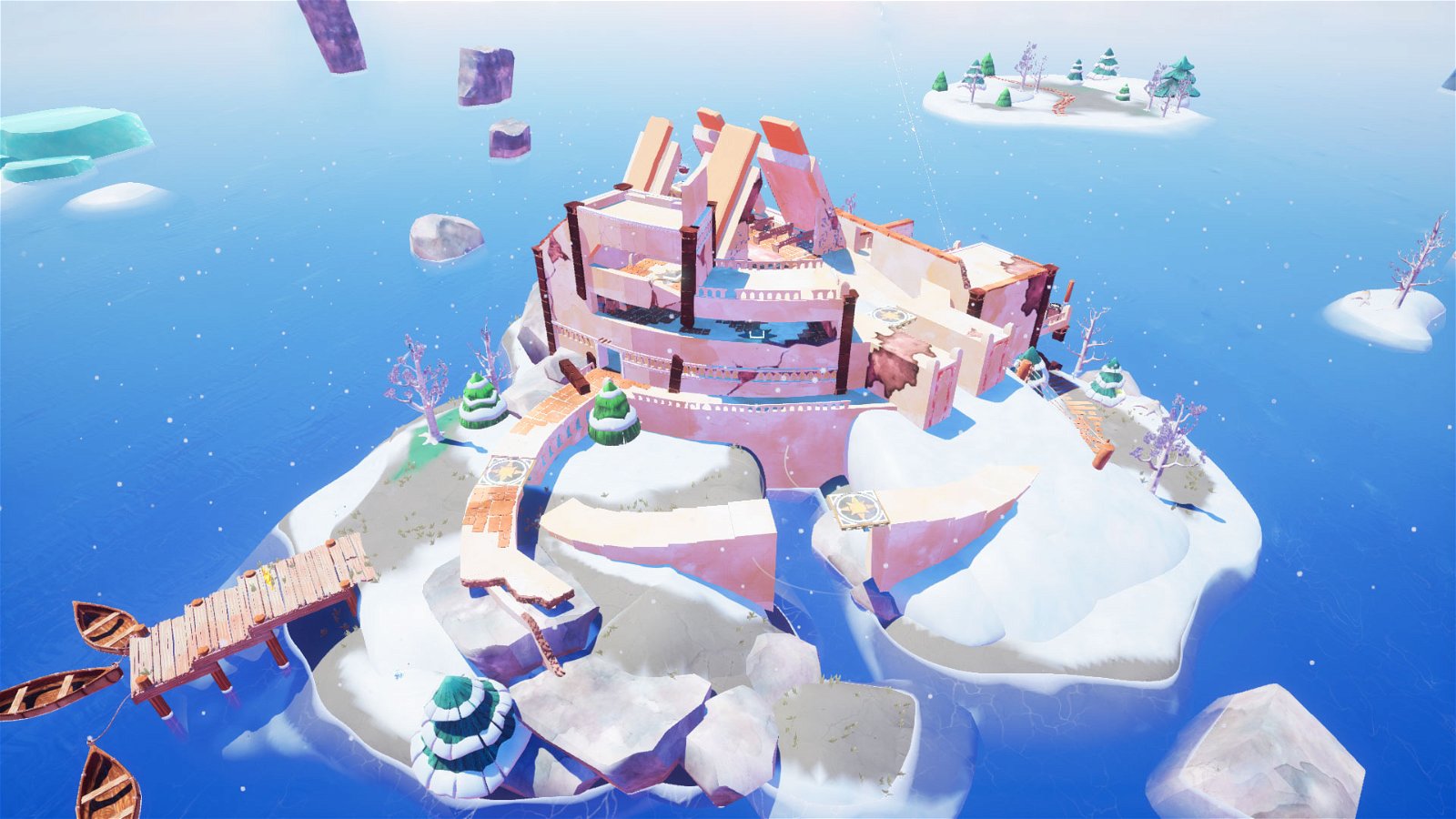 The teams at Madlife and TLM Partners were proud to present their indie, 3-D cooperative strategy-puzzle game, Zorya: The Celestial Sisters. CGMagazine was given the opportunity to see some live gameplay and learn some thoughts from the developers. Players have the opportunity to play as Aysu, goddess of the night, and Solveig, goddess of the sun. The story follows the two sisters as they embark on a puzzle adventure across the “never-sleeping” lands of Vyraj on Earth.

The core creators of Zorya: The Celestial Sisters, were able to show off three levels that presented different areas of difficulties. The game is strictly a cooperative game because each player views the game differently. One player uses Solveig, who has an overhead view of the map puzzle, so they can find a path for the other player, controlling Aysu, while utilizing the sunray cursor to help them activate certain switches. Aysu cannot walk in the sunlight, or she will be toast, resetting the level. So, Solveig can also adjust the shadow direction and give Aysu a safe, shaded path which will help the player playing Aysu get to where they need to go.

As for Aysu, this player has a third-person, ground view of their character and what is in front of them. Aysu can step on switches and move certain objects for Solveig to interact with. Aysu does a lot more of the platform work as this player has to move around and does take on the risk of dying. This means Solveig is also very accountable for the life of Aysu! Aysu is able to use a wind-powered push to interact with hidden switches and also push the enemies called “Aries” who add difficulty for Aysu and try to push Aysu into the sunlight.

The objective of each level is to get Aysu to the artifact item, which ends the level. Communication is very key to this game! The level designer, Julien Grimard, pointed out, “I made sure both players can have fun communicating and collaborating to solve puzzles.” There are also many diverse obstacles, challenges and even Easter eggs to collect and add a higher difficulty for players.

The artistic director of Zorya: The Celestial Sisters, Catherine Benoit, shared their thoughts on the whole gameplay experience, “I hope the art can support and enhance the gameplay of taking the time and feeling smart because you just solved that 3-D puzzle.” Benoit continues to talk about how they hope players can appreciate the “art style and music” and want players to really have a calm, Zen experience in comparison to the many fast-action, co-op indie games on the market like the Overcooked games or Human: Fall Flat.

The great aspect of Zorya: The Celestial Sisters is that it can be played with Online Co-op or Split Screen Co-op. It will also offer Remote Play for Steam (PC). There is also cross-play, so one player can have the game on Nintendo Switch and the other person can be on PC. There is a communication wheel for simple directions between players. The best way to communicate online could be through voice chat software like Discord, but can really bring out the most entertainment in split screen mode, where players are on the couch and working through puzzles together.

One of the game’s programmers, Félix Landry, shared that the game’s “synergy of gameplay elements” really shines and “hopefully a great couple’s game as well” in reference to our chat on the chaotic games mentioned above, which have been known to be quite stressful co-op games for couple bond-breaking. Zorya: The Celestial Sisters looks very peaceful, and I cannot wait to get some hands-on experience and take in the relaxing in-game music—fans of Journey know what is up.

The game will be available in three different versions: The free Friend Pass, the base game ($24.99) and the Stellar Edition ($29.99). The base game is self-explanatory, but the Friend Pass allows players to try the first five levels of the game with another person with the Friend Pass. The even more awesome part is that if one person owns the full-priced game, the other person with a free Friend Pass can tag along on adventures beyond the first five levels. The Stellar Edition is only offered on PC as it contains the base game, soundtrack, digital art book and desktop backgrounds.