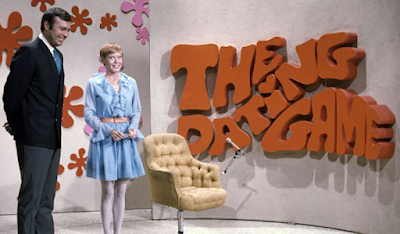 They always put winning just out of reach!

Back in the day of CP/M systems and ASCII text, if you wanted to send a message, it was pretty simple.  You have 128 characters (not that fancy 256!) and each one had an ASCII code - American Standard Code for Information Interchange.  It was a holdover from the telegraph and teletype era.   In fact, a "computer terminal" back then was a teletype machine.  Oh, for the days of dialup modems and 110 baud!

The bandwidth necessary to send a message was pretty thin.  To generate 128 characters, you only needed seven bits of data.  At 110 baud, well, that was pretty keen.  In terms of memory, too, it worked well.  I recounted before how my friend's grandmother used to hand-wind "core" data for Digital Equipment of Maynard, Mass.  Little old Italian ladies would literally "knit" wires around tiny iron ferrules to make memory modules.  4K of memory was considered an amazing thing.

But over time, we went to solid-state DRAMs and hard drives.  5MB of data on a hard drive! then 10! 20! 40!  40 Meg was the gold standard in the early days of the PC.  And those floppy disks, what did they store? 100K or so, orignally.  But programs were small.  It took only seconds to boot up DOS and when you wanted to shut down your computer, you just pulled the plug, almost literally.

But with increased storage and increased bandwidth came increased sloppyness in programming and data formatting.  Programs, like goldfish, grew to the size of the available storage.  More DRAM meant bigger programs.  More hard drive meant more data files.  WordPerfect came out about that time, and although it was pretty compact (it only took five or six discs to install) a single-character document (with the letter "X" for example) would take up a several bytes of drive space to store.  We were a long way from 7 bits of data!

Then came Windows - and MS-Word.  A simple WORD document with one character in it, takes up 19KB of disc space.  In addition to the coding for the letter itself, is all sorts of "metadata" including the formatting of the document, who wrote it, what time and date, and what changes were made to it, by whom, and when.

I remember fruitlessly trying to update my Hyundai 286 computer to run windows 3.0.   I needed a mouse and a "mouse card" as well as driver software.  Then I had to add a memory board and then populate it with 128KB DRAM chips or something of that sort.   40MB of hard drive - once thought to be so large as to never be filled, was halfway eaten up just by installing Windows.  And it was slow - S L O W! to load and once loaded, didn't do much other than act as a glorified shell program.   I wrote to Microsoft and they gave me my $99 back.

But we all got new computers.  In fact, that was about the time you didn't have to bring your computer from home anymore - the company would provide them!  And pretty soon, they were "networking" them together so you could store your documents on a "server".   E-mail and Internet were still years away.  But over time, programs got larger and larger and data formats got bigger and bigger.

But hard drives got bigger as well.  Gee, someday in the future, you could have a whole Terabyte!  Today, they sell for $99 at Staples.  Amazing.  And dialup gave way to DSL which gave way to fiber and wireless and... so on and so forth.

At each step in this transition, though, it seems the data hogs were always just a little ahead of the bandwidth and the storage limits.  We were constantly forced to buy new computers to do the same things we did with our old computers, only in fancier ways.  Granted, we couldn't do graphics much back then, and WYSIWYG was just a dream - you had to "print out" a document to understand what it looked like "in real life" unless  you were so versed in WordPerfect formatting codes that you could visualize a document in your head.

Then came audio - and video.  And today, well, we use our computers, which are hand-held, to watch television over the Internet.  Bandwidth has increased, storage has increased, processing power has increased - all exponentially - but we still struggle with the "loading" hourglass from time to time.  We will never get ahead of this game - and that is by design.

Internet service to your home is expensive - it can cost $100 a month or more, and usually they try to get you to "bundle" it with services you may not need or want.  Preferably, they want you to get the "premier" plan with all the bells and whistles, and if you don't pony up the dough, well, they "throttle" your data bandwidth to punish you for being so cheap.  It really doesn't cost them anything to give you full-speed service, they just want you to pay more.  It would be akin to putting a governor on your car and making you pay to take it off - and yes, this is a business model as old as the hills.

I've run into this with streaming and hotspot on our phones.  A few years ago, we bought used Samsung Galaxy 4 phones that were former T-mobile units.  We used AT&T "GoPhone" prepaid service and discovered we could stream Netflix on our television using the phone as a "hotspot".  Well, that was fun while it lasted, but AT&T decided it was far too much fun, particularly after we pulled the plug on their"UVERSE" service.  So they told us the phones were out-of-date and insisted we get new phones, and in fact, gave us free phones.

The catch was, of course, that we could no longer use the "hotspot" feature unless we paid $10 a month more for the privilege.  And no longer was the "hotspot" unlimited, but rather cut off (abruptly) at 10GB a month - unless we bought additional tranches of data.  Party's over, kids!

Of course, if you called to complain (I didn't bother - I know the routine), my friend "Tony" from Bangalore would explain to me that it was user error.  You want more bandwidth, you gotta pay for it!

Today, of course, we are told that 5G will solve all these problems and open up a new world of whimsy and wonder.  We'll be able to stream in 4K (only 1GB per hour!) and see the new "Metaverse" in real-time or some such nonsense.

Having been down this road for 40 years or so, I am skeptical.  As I noted before, the telcos are the masters of the "threshold of pain" theory of telecommunications.  The perfect telco world is always just out of reach - because they keep moving the goalpost as you advance down the field.

The technology of today would have produced lightning-fast computers ten or twenty years ago - you would turn your PC on, and it would instantly load.  Documents would fly up on the screen and transmit across the globe in a second or less.  That would have been cool.  But rather than do that, they just made programs bigger and more complicated and slower to load.  No one ever upgraded Windows by making it more compact, did they?  In fact, with each "update" you load, Windows slowly eats up your hard drive.  The longer you use it, the slower it gets - some people say this is by design.  I can only confirm that when I install a new hard drive and reinstall Windows, it seems lightning fast - for a while.  Then it starts to drag around its data train and gets slower, and slower, and slower....

The reality of 5G will be the same as 4G ad 3G before it.  You will still see loading hourglasses.  It is just that a single-character document will now take a minimum of a MegaByte to store and transmit, as it will be appended with all sorts of data so the NSA can see who wrote it, who edited it, who read it, and who forwarded it.  Sort of like blockchain - the longer the document is in existence, the larger it will become!

It is funny, but people are drawn to simpler forms of communication.  Texting, I think, became popular simply because it reverted to that 128-bit ASCII code.  Simple, direct, and fast.  But then they started adding alternative characters, emojis and pictures, video and whatnot, and today, well, it might as well be e-mail.  For some reason, though, a lot of people prefer texting over e-mail even as they became indistinguishable from one another.  And of course, no one calls anymore, but that is a side-effect of eliminating side-tone, which made talking on a smart phone unpleasant.

If all of this sounds like I am disillusioned by technology, well, you're right.  It seems that we have made so many advancements over time - many of them great - but in many cases we end up running in place and never reaching that goal line.  In some instances, it seems we are running backwards.  Machinery in our lives becomes more complex and people understand it less and less.  It costs so much to fix anything - and no one is trained to fix things - that we throw away technology in ever-shorter cycles.

Our refrigerator, which is hardly "fancy" has a digital control board whose buttons no longer work.  For some reason, the set point of the freezer keeps getting lower and lower (down to -6 this morning) and cannot be reset.  For a while, unplugging it and then plugging it back in seemed to work.  But lately that doesn't cut it.  I found a YouTube video on how to replace the control board (humidity in the fridge corrodes the membrane switches over time) but the board is like $125 each.  Meanwhile, the "box" refrigerator in our garage, which was given to us, for free, by a friend, continues to do yeoman duty.  It must be 20 years old by now.

So, I'll probably break down and fix the refrigerator, but it will go by the wayside in five years or so.  You never get ahead with these games - you can only run in place.  Technology plays its sweet siren song, enticing you with stories about a wonderful future of amazing things.  But the reality, every time, is that this wonderful future is always just out of reach.

Of course, we all have choices, and the ultimate choice is to consume less technology.  Own less, spend less, and do things that don't require tech.  We have cut way back on our video viewing, mostly because, quite frankly, there isn't much worth watching on any of the streaming channels anymore.  Maybe The Madalorian was kind of interesting.  But The Book of Boba Fett?  Not so much.  And cute how Disney releases only one episode a week - so you have to sign up for Didney for two months to watch it.  They've learned their lesson about binge-watching!  Why release a series all at once, when you can stretch it out for months - and increase revenue?

It is just like how AT&T figured out about the hotspot - no more soup for you!

But again, you can never win at their game, no matter how many bundles or coupons or "deals" you score.  The best thing is to just disengage - to do things that are free and easy, like go for a walk, or a bike ride, or do a puzzle with a loved one.  Might seem "boring" to some, but it is better than all the video games and YouTube cute cat videos in the world!