36. Perm problem, and a hint to the four two-part answers: SPLIT ENDS.

Melissa here. The gimmick here makes for a theme-heavy puzzle, with eight theme answers, plus the reveal. Each two-part answer makes a different phrase meaning the end of something. FINISH LINE, CLOSING BELL, HOME STRETCH, and LAST HURRAH.

13. Brawl: FRACAS. "A noisy disturbance of quarrel." Has anyone actually heard or used this word in conversation? I only see it in crosswords or books.

15. Author Hubbard: L. RON. He wrote the book Dianetics, and founded the Church of Scientology.

16. John, to Ringo: LOO. Great clue, even though we see it a lot. Ringo Starr, and john as slang for toilet, or the British version, LOO.

19. Landlocked land in S.A.: BOL. BOLivia is the fifth-largest country in South America.

28. Guys working on lines: WIREMEN. They get a charge out of it. Are women who work on lines also called WIREMEN?

44. Pro tennis designation since 1968: OPEN ERA. The Open Era of tennis began in 1968 when most world-class tournaments first allowed professional players as well as amateurs to enter.

48. Law school class: TORTS. A tort is a civil claim where a claimant has suffered damages due to the actions of another party.

2. "Exodus" hero: ARI. Otto Preminger directed a 1960 film based on the novel, featuring Paul Newman as Ari Ben Canaan. It focuses mainly on the escape from Cyprus and subsequent events in Palestine.

3. Summer shade: TAN. Not much time left for tanning this year.

6. Skate park move: OLLIE. The story of the ollie.

14. December driveway clearer, to a Brit: SHOVELLER. Not sure why the Brit distinction is noted here, as both shoveler and shoveller seem accepted spellings in both the U.S. and Britain. Besides one who shovels snow, it is also the name of a type of duck in the northern hemisphere.

23. WWII battle site, for short: IWO. One of the Japanese Volcano Islands, and where this iconic image was captured. 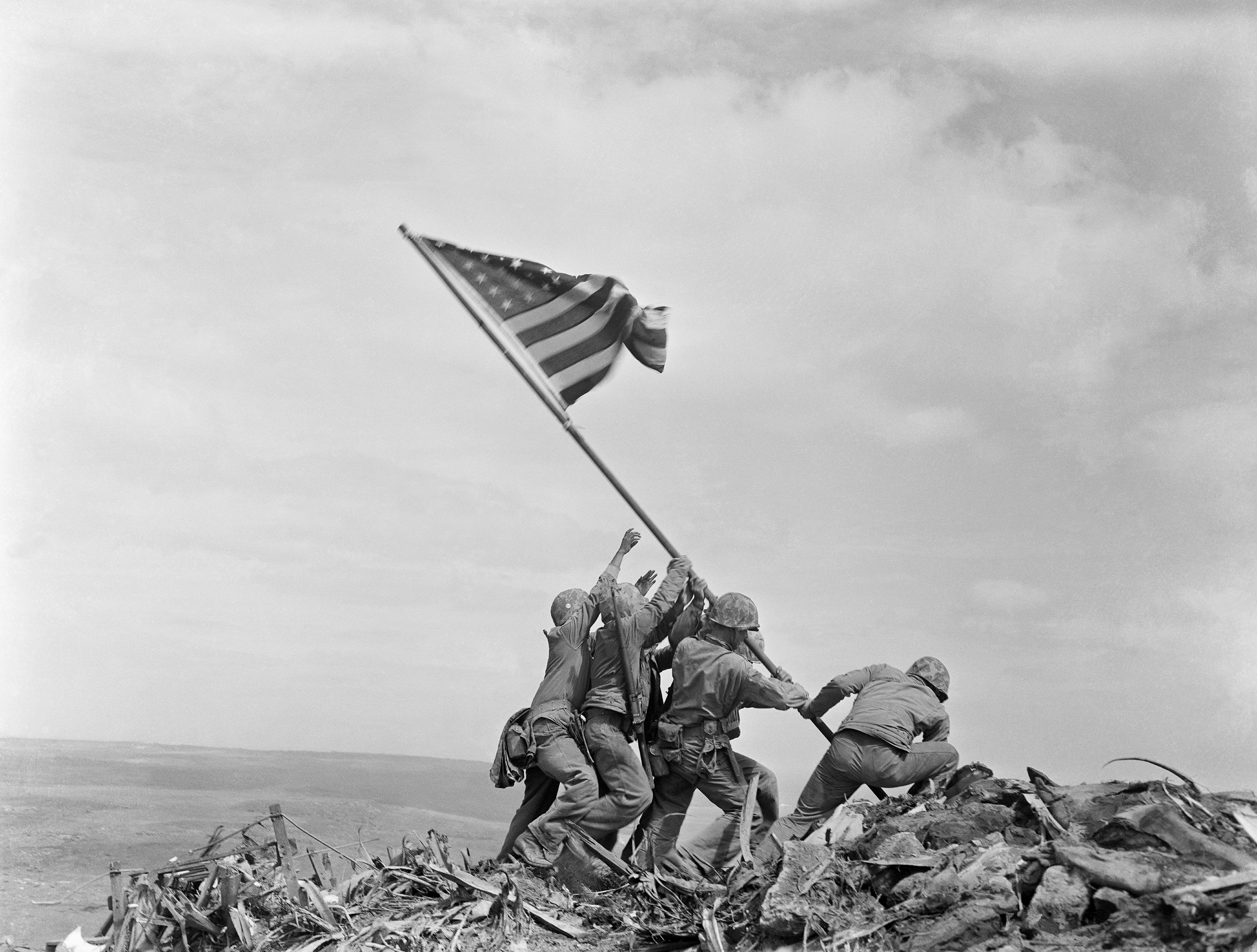 25. The Sun, say: ORB. From the latin word orbis, meaning circle or disk. Not sure why Sun is capitalized here.

31. The Sphinx et al.: MONOLITHS. A geological feature that has only a single massive stone or rock.

38. Printing program: SPOOLER. A computer utility that regulates data flow by receiving data (as from a word processor), queuing the data in a buffer, and then transmitting it (as to a printer) with increased efficiency.

50. Dilettantish: ARTSY. Merriam Websters includes this as a dated definition: "an admirer or lover of the arts." The first definition is "a person having superficial interest in an art or branch of knowledge : dabbler." 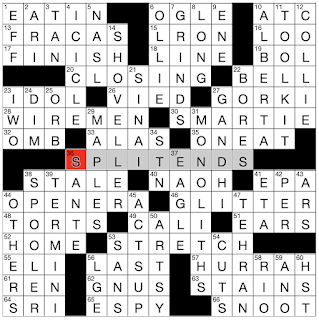