We Tried The Dash Ice Cream Maker (Great for Keto Ice Cream Too!) 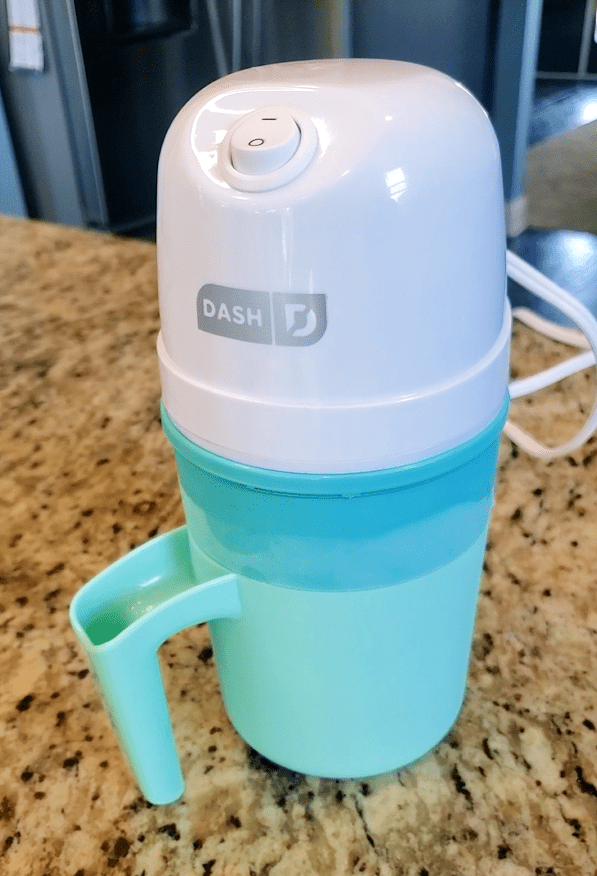 Have you seen this new Dash “My Pint”?  It's a personal-size ice cream maker that makes ice cream in under 30 minutes and it's absolutely adorable!

This fun $20 gadget could be a game-changer for making personal portion size ice cream at home –  and tons of folks use it to make low carb/keto ice cream as well.  PPP Team Member Ashley just tried it out this week and she's been telling our whole team how delicious it was!

I was worried this would be a lot of work for a so-so ice cream, but it turned out to be easy and SOOOO GOOD.

1 . You start by making a simple ice cream “batter” and then pour it into the frozen cup of the Dash “My Pint”… 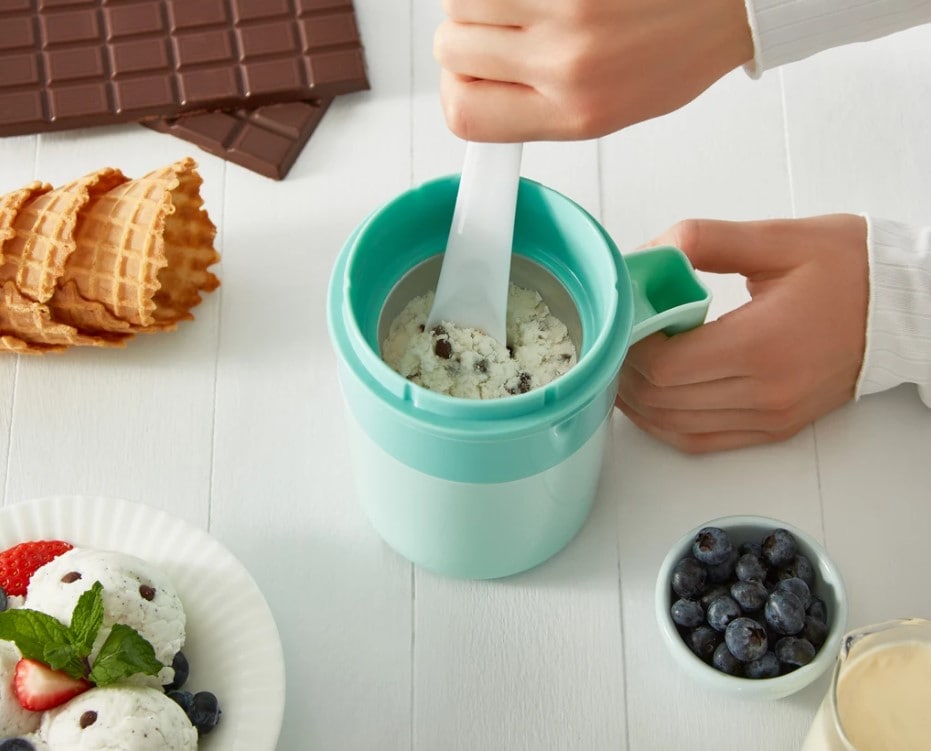 You can stir in whatever mix-ins you like later – but it will make it harder to churn if you stir in at the beginning. 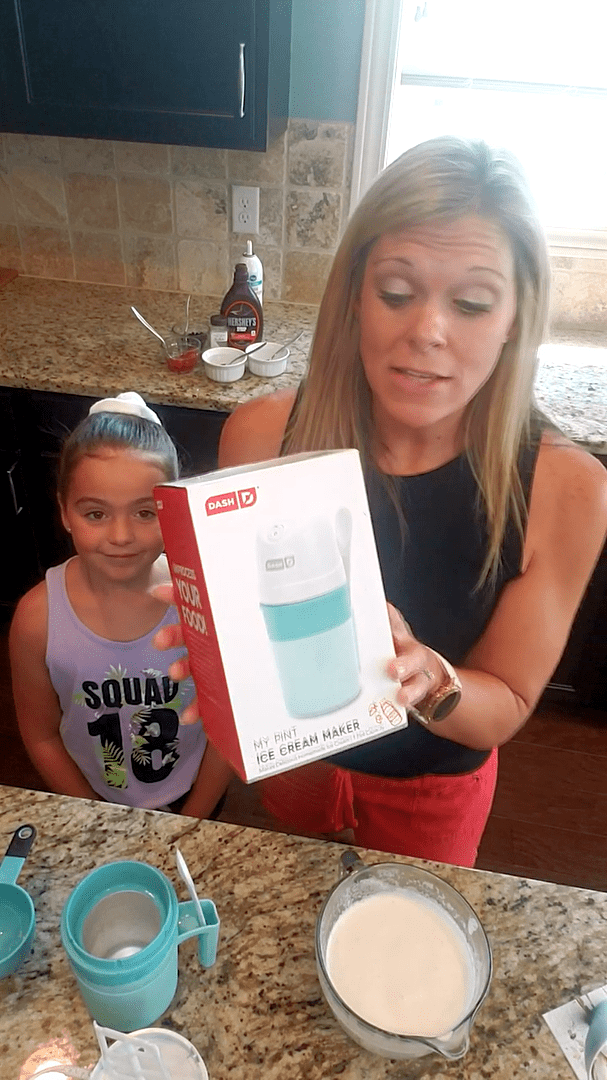 I was surprised by how creamy and flavorful the ice cream it was. It's more of a soft serve consistency – the paddle wouldn't be able to move through it to churn if it were hard.  But you can put it back in the freezer to get it to make harder ice cream.

We doctored our us with some yummy sundae toppings and had a tasting party with the kiddos – they were so impressed!

If you love fun little kitchen gadgets, you might also want to snag the Dash Mini Waffle Maker ($9.99 on Amazon) – I just used it recently to create a fun Waffle Bar for my kids ~ so fun!