Today's constructor Jeff Eddings has appeared previously in the LA TIMES with these puzzles.  The following site contains a brief bio on Jeff and a freebie puzzle he constructed for them (I can't say anything more about it or they might have to shoot me!).  As an erstwhile cryptographer, Jeff apparently likes to hide things, and today he riffs on one of the many meanings of the word CLUB (card suit?, primitive weapon?, deformity?) and hides them in the themers.  In this case Jeff intends them as:

BIRDS OF A FEATHER

60A. Order served with toothpicks ... and what each of the other four longest answers is?: CLUB SANDWICH.  That is, a group of people sharing a common interest, held together by toast and toothpicks.  Here's the toast and meat:

17A. Alternative medicine treatment: AROMATHERAPY.  The toast in this sandwich is Aromatherapy, a holistic healing treatment that uses natural plant extracts to promote health and well-being.  And I suppose that MATH is a form of therapy to some of our more quantitatively minded Cornerites, e.g. Anonymous -T, Picard, and Jayce (did I miss anybody?).  Were any of you guys in MATH CLUBS as kids?

25A. Publicity packages: PRESS KITS.  A CSO to my ALTER EGO JOE, who had to have learned to SKI somewhere.  As for the toast, if any of you have something to hype or sell, you might find this helpful.

36A. "Night on Bald Mountain" inspiration: WITCHES SABBATH.  The only one of these clubs I was in as a kid, but as I was routinely trounced by my BFF, I eventually switched to GO.  Which I can best describe as CHESS:EUROPE::GO:ASIA.  As for the toast, here's the version of Moussorgsky's  masterpiece used in the 1941 version of Disney's masterpiece Fantasia (11:30):

52A. Perspicacious: EAGLE EYED.  I have mixed feelings about this, as I have painful memories of flubbing my 4th grade audition for the school chorus.  But these kids really made it:
Oh, and the toast: 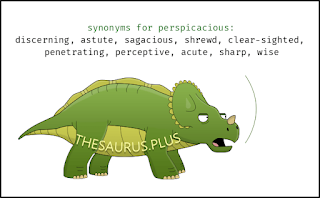 Come to think of it we're a CRUCIVERBALIST CLUB toasted at sunset each day by Tinbeni!

Now there's nothing more to hide:

1. Disappearing sounds: POOFS.  Say poof to this and it'll disappear! 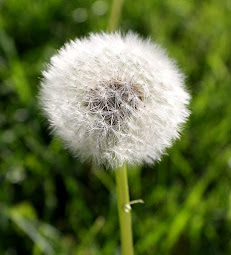 6. Bridge support: TRUSS.  A structure of connected elements forming triangular units used to support a bridge.  Here's how they work. 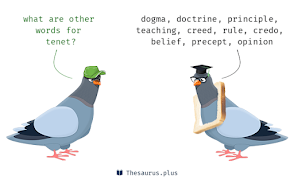 16. Bars often scanned, for short: UPC. The Universal Product Code is a barcode symbologythat is used worldwide for tracking trade items in stores.  There are many different standards for generating bar codes and also QC codes (2 dimensional codes).  That's the great thing about standards - there are so many of them!   Here's a barcode I generated using a freeware CODE 39 generator (which can include alpha characters) to uniquely identify today's LA Times Crossword puzzle:

19. Masters figure: PAR.  This refers to a score, not a player.  I never learned to play golf, as I'm a lefty.  If I'd been lucky enough to know lefty Phil Mickelson, he might have lent me some old clubs.  In May 2021 at age 50, Phil became the oldest player to win the PGA Championship:

21. Staple of African food: TARO.  I've seen this in the grocery stores, but didn't know what it is, as it's usually unlabelled. Taro: What It Is And How To Eat It.

22. Poet Gorman who read at President Biden's inauguration: AMANDA.  She read her poem The Hill We Climb:

31. Tijuana titles: SENORAS.  Ladies. The start of today's multi-word Spanish lesson and a CSO to our ladyLucina.

32. FEMA supplies: COTS.  The Federal Emergency Management Agency has really been stressed the last few years in dealing with major storms and fires.  Here's what they're about.

1 : to precondition (someone, such as a customer) for subsequent purchase or create advance demand for (something, such as a product) especially through marketing strategies
2 : to sell in advance raised money to publish the book by pre selling film rights

See "25A. Publicity packages" for one way to do this.

56. More than listen: OBEY.  Last Friday this was clued with "Mind".

57. Lengthy account: LITANY.  The kind of accounts I give perhaps?  But I'm more familiar with the term as a lengthy prayer, usually with many repetitions, pleading for divine help.

69. Exobiology subj.: ETS.  Clever clue for that crossword staple, Extra Terrestrials.  However the science of Exobiology (aka Astrobiology) is a much broader topicthan just looking for "bug-eyed monsters".  It is closely related to SETI, the Search for Extraterrestrial Intelligence.  Progress in these fields can be best summed by physicist Enrico Fermi's rhetorical question regarding extraterrestrial life: "Well where are they?", best answered by an unknown Zen master: "What is the sound of one hand clapping?" 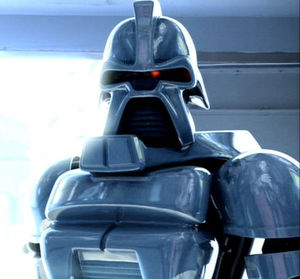 3. Tokyo's Yoko: ONO.  Those juicy vowels keep bring her back.  But this time I'll pass.

4. Like "The Handmaid's Tale," to many critics (but not to the author): FEMINIST.  The clue seems to apply to the novel written by Margaret Atwood, rather than the later TV series based on it.  Here's a review of the novel which at least partially supports Jeff Eddings' caveat. 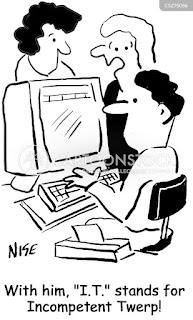 8. Thurman of "Batman & Robin": UMA.  If this reviewhad been written by Roger Ebert, he might have told the producer "Your Movie Sucks", but I'll let you decide for yourself.  Here's the allegedly "best scene" in the show:

10. Word with glass or ware: SPY.  We did the SPYWARE in Jeff's BIO.  How about SPYGLASS, an essential tool for pirates.  Nowadays they're called REFRACTING TELESCOPES.  Here's the largest one in the world.  BTW, International Talk Like a Pirate Dayis just 3 days from now.

11. Worker with a host family: AU PAIR.  4 gluey vowels - count 'em.  Could be why this is the fourth time I've drawn this clue.

12. Helen's homeland: SPARTA.  She really stirred up a hornet's nest all over the Mediterranean.  Hey, I thought Greeks had black hair?

13. To the opposite side of: ACROSS.  These are the DOWNS actually.

15. Pop duo __ & Him: SHE.  She & Him is an American musical duo consisting of Zooey Deschanel (vocals, piano, ukulele) and M. Ward(guitar, production).  They were nominated for a Grammy Award for Best Song Written for Visual Mediafor "So Long" in Winnie the Pooh (2012):


18. Unnamed object: THAT. So what is it?  My mother told me it was impolite to point.

21. Ring ref's decision: TKO.  Technical Knock Out.  The ref's judgement that the loser has suffered enough. 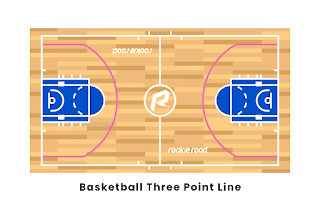 24. Bubbly brand: ASTI.  Everything you might want to know about Asti Spumante.

26. Land bordering los Pirineos: ESPANA.  Pirineos is  Spanish for the Pyrenees mountains between Spain and France.  In 1999 Teri and I visited the little town of Lourdes,  nestled at the foot of the Pyrenees on the French side.  We will always remember the roar of the rapidly flowing Gave de Pau riveras it passed our hotel, just below our window.  Lourdes is where a 14 year old peasant girl named Bernadette Soubiroushad a series of visions between February 11th and  July 16th of 1858. 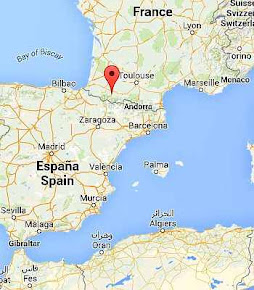 27. Belgrade native: SERB.  After WWII my Uncle Eli came from Serbia to England, where he met and married my Aunt Evelyn.  They immigrated to the US and he went to work in the steel mills in Gary, Indiana.  He was quite a character.  He made wine by the barrel, moonshine by the gallon, and he played whistles that he whittled from little green twigs.

37. First Nations tribe: CREE.  One of the largest native groups in North America, the name “Cree” comes from “Kristineaux”, or “Kri” for short; a name given to them by French fur traders.

40. Ring sites: TOES.  EARS didn't perp and when TOESappeared I thought it was some HIP new craze.  They turn out to be a centuries old tradition in India.  A toe ring (also known as bicchiya) is commonly worn by married Hindu women in India.The bicchiya are worn on the second toe of each foot and are usually made of silver metal.

44. Airport safety org.: TSA.  The Transportation Security Administrationwas founded 20 years ago in the aftermath of 9/11, events that are still on our minds.

46. Peter or Jessica: RABBIT.  Jessica Rabbit is a fictional character in the animated movie Who Framed Roger Rabbit, voiced by Kathleen Turner.

Peter Rabbit is another cartoon character who inhabits a universe created by English author, illustrator, and philanthropist Beatrix Potter. Full disclosure: as a gardener I'm not particularly fond of rabbits:  in fact I earned the moniker Farmer McGregor from the two little girls who used to live next store.  However I've softened a bit after visiting Miss Potter's estate in England (and also after putting up a rodent proof deer fence!).  Miss Potter wrote many tales about Peter Rabbit, each published in a series of beautiful little books.  And eventually someone told a tale about her:

51. '80s hip-hop pioneers: RUN DMC.  Run-DMC (also spelled Run-D.M.C.) was an American hip hopgroup from Hollis, Queens, New York City, founded in 1983 by Joseph Simmons, Darryl McDaniels, and Jason Mizell.  Here's their take on the nursery rhyme Peter Piper picked a peck of pickled peppers and some other rhymes as well (these are the lyrics):

54. Brake parts: DISCS.  Not something you want to take for granted.  Here's how all the parts fit together. 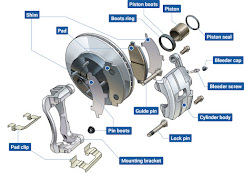 58. Yin/yang principle: TAO. Roughly the union of the Female and Male principles.  Formulated by the great Chinese philosopher (a CSO to C.C.!) LAO TZU. He is the reputed author of the I Ching, a book of divination; the founder of philosophical Taoism; and is also considered a deity in religious Taoism and traditional Chinese religions.  His influence was also widespread in the West, particularly among physicists pondering the mysteries of quantum mechanics.  The great physicist Niels Bohr actually incorporated the Yin/Yang symbol in his family crest.  The Latin scroll "Contraria Sunt Complenta" translates as "Contraries are Complementary":
60. Loops in, briefly: CCS.  Courtesy Copies ("Carbon copies" back in the day)

64. AFL partner: CIO.  The American Federation of Labor and Congress of Industrial Organizations(AFL-CIO: 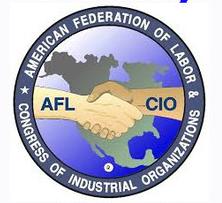 65. Solo of "Star Wars": HAN.  Smuggler. Scoundrel. Hero. Han Solo, captain of the Millennium Falcon, was one of the great leaders of the Rebel Alliance. He and his co-pilot Chewbacca came to believe in the cause of galactic freedom, joining Luke Skywalker and Princess Leia Organa in the fight against the Empire.  He died tragically, at the hand of his son Kylo Ren, in The Force Awakens: 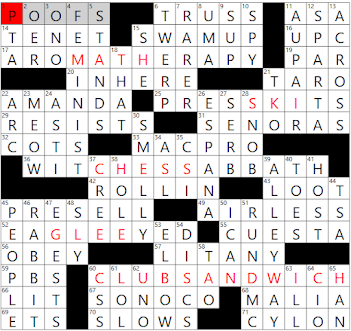 And again thanks to Teri for proof-reading the puzzle and finding videos for Amanda Gorman and the Gave Pau river.