Good morning, cruciverbalists.  Malodorous Manatee here with a canine friend to celebrate the first day of July with a puzzle that might have been more appropriately published on the first day of October.  Go figure.  Of course, jumping into a pile of loose leaves is fun at any time of the year.  Just ask any Labrador Retriever.

Today's constructor is David Poole.  David has previously had several puzzles published in both the L.A. Times and the N.Y. Times.

At four places within today's grid David took the letters of the word LEAF and scrambled them.  It seems that David just could not LEAF WELL ENOUGH ALONE.

To make it even more interesting, David starts each sequence with a different one of the four letters.  Those are my words.  His, or, perhaps, the editor's, are found at 57 Across:

57 Across.  Kind of paper . . . and a hint to a sequence, each starting with a different letter, found in four other puzzle answers: LOOSE LEAF.

In any event, here are the four theme answer:

17 Across.  Pub purchase: YARD OF ALE  We saw YARD used this way in a recent puzzle.  That might have helped with the answer. 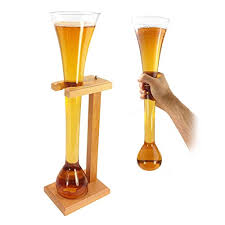 26 Across.  Standard for a high seas villain:  PIRATE FLAG  Standard, in this case meaning a flag used for identification. 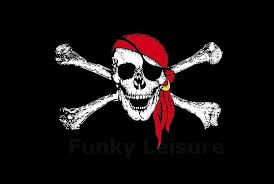 35 Across.  Property insurance phrase: PERSONAL EFFECTS   I have most often heard the phrase used when someone is being put in, released from, jail as in "Here are your PERSONAL EFFECTS." 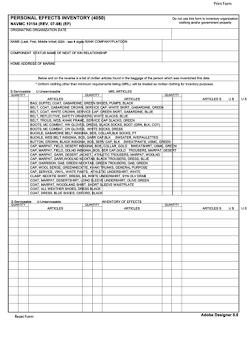 48 Across.  1996 Gere thriller: PRIMAL FEAR  This one could be interpreted as a slight break in the sequencing as the A in PRIMAL also works to jumble LEAF. 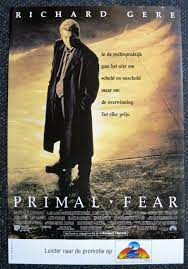 Here is how everything looks in the completed grid: 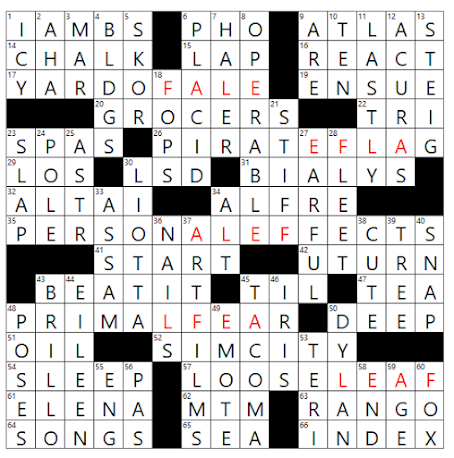 . . . below are the rest of today's clues and answers:

1. "Shall I compare thee to a summer's day?" quintet: IAMBS.  Dictionaries, and probably my High School English teachers, say that IAMBS are metrical feet consisting of one short (or unstressed) syllable followed by one long (or stressed) syllable.
6. Vietnamese soup: PHO.  Still working on the correct pronunciation.
9. Country album?: ATLAS.  Cute clue.  An ATLAS could be described as an album filled with maps of the world's countries.
14. Sidewalk artist's supply: CHALK.  Some of the CHALK is washable. 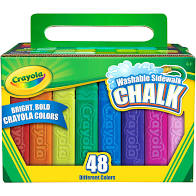 15. Runner's circuit: LAP.  Sometimes clued in reference to sitting down or standing up,
16. Wince or flinch, say: REACT.
19. Follow: ENSUE.  An answer that often follows crossword puzzle clues.
20. Produce providers: GROCERS.  Produce as in fruits and vegetables.
22. Prefix with angle: TRI.  RECTangle was not going to work out.
23. Me-time resorts: SPAS.
29. Part of UCLA: LOS.  The University of California at Los Angeles.  Neither University nor California nor Angeles was going to fit.  I did more than one year of undergraduate and two years of graduate work at UCLA.    I also taught for a while at the UCLA Graduate School of Architecture and Urban Planning. 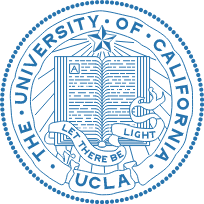 30. Trip letters: LSD.  This could have been AAA or another travel-related answer but, as answered, we're talking about an Acid Trip.  LySergic acid Diethylamide. 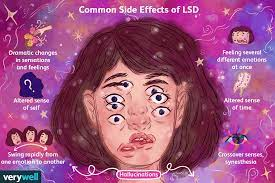 31. Onion rolls: BIALYS.  Brought to the United States by Polish Jewish refugees in the late 1800s.  Many know of the onion rolls.  More, likely, know of Max. 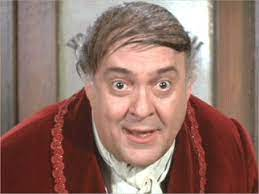 Max Bialystock
32. Asia's __ Mountains: ALTAI.  This is known to me only through it's occasional appearance in crossword puzzles. 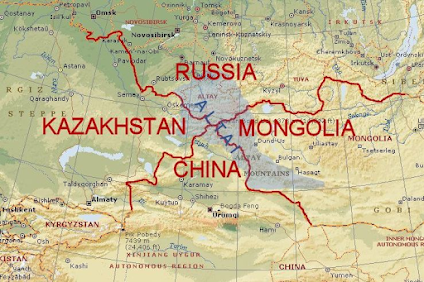 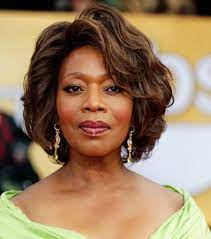 41. Kick off: START.  The original use (the first kick in a football match) apparently dates from 1857.  The first use in the figurative sense dates from 1875.
42. You might hang one if you're lost: U TURN.
43. "Get lost!": BEAT IT.  Also, a song by Michael Jackson.  This marine mammal prefers Weird Al's version.
Side By Side
45. Up to, in ads: TIL.  Short for unTIL.
47. Hot __: TEA.  A three-letter fill in the blanks clue.  Hot AIR?  Hot TUB?  Hot ROD?
50. Not superficial: DEEP.
Deep Thoughts By Jack Handey
51. It may be checked at a station: OIL.  When was the last time someone at a gas station checked your oil or cleaned your windshield?
52. Computer building game: SIM CITY. There are a series of SIM games.  Among them are Sim Ant, Sim Earth, Sim Town, and, of course, SIM CITY.  SIM as in SIMulation.
54. Go out at night?: SLEEP.  The question mark tips us off that this answer will be a pun or some other unexpected usage.
61. Justice Kagan: ELENA.   Of SCOTUS.
62. "Lou Grant" production co.: MTM.  Lou Grant (Ed Asner) was the eponymous character in a television series produced by Mary Tyler Moore's production company.  A spoof both in name and in logo.  The cat would meow instead of roar like the MGM lion. 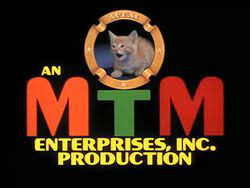 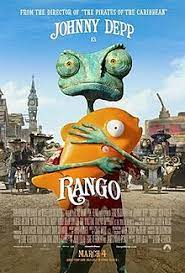 64. "SOS" and "Help!": SONGS.  SOS is an ABBA song and Help! was written and recorded by the Beatles.  I could use a bit of help on this one.  Hands up for those who want to hear the ABBA song.  Okay.  Now, hands up for the Beatles.  Not even close.

1. Needing salt, maybe: ICY.  As in putting salt on ICY roads.
2. "Now I get it!": AHA. AHA is an exclamation of understanding, realization, recognition or invention.  OHO expresses surprise.
3. Blemish: MAR.  From the Old English merran meaning to hinder or to waste.
4. Campus units: Abbr.: BLDGS.  There are many other locations for BuiLDinGS.  But a campus can, indeed, made up of same.
5. Hershey toffee bar: SKOR. 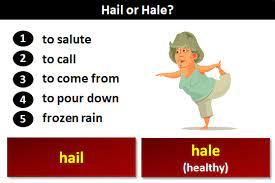 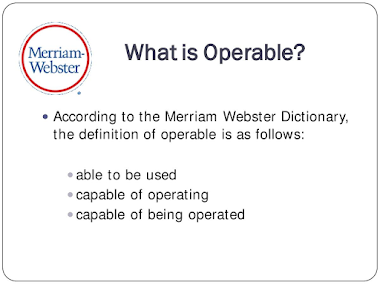 9. Modern art?: ARE.  Wherefore art thou, Romeo?  Where ARE you, Bae?
10. Highest Scrabble tile point value: TEN.  The Q and the Z.  There are only one of each.
11. In conclusion: LASTLY.
12. Luxury cars since 1986: ACURAS.  Honda Motor Company's line of upscale automobiles.  Other than oil, fluid and filters my 2011 RDX has required on one minor repair.
13. "Sylvester and the Magic Pebble" author William: STEIG.  This was new to me but the perps filled it in.  If the clue had been "Shrek" I would have gotten it more quickly. 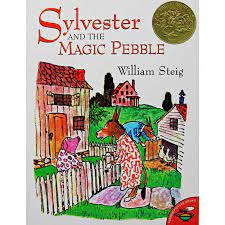 18. Dandy dressers: FOPS.  Men who are concerned with their appearance in an affected and excessive way.
21. Leave zip for a tip: STIFF.  The use of the idiom ZIP (meaning zero, nothing) in the clue indicates that the answer will also, most likely, be idiomatic.  To STIFF someone means to not pay for something for which it is expected that you will pay. 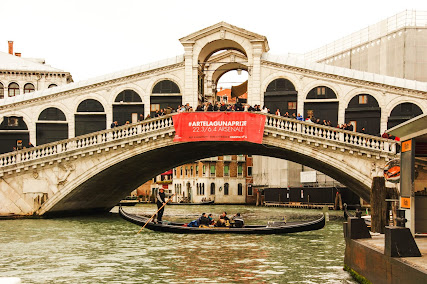 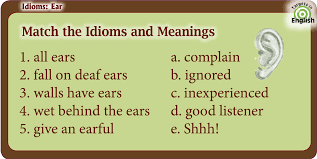 28. Admiral's command: FLEET.  Hmmm.  It might have been an instruction to a subordinate.  No, it is what the Admiral is in command of.
30. Ray who played "Shoeless Joe" Jackson in "Field of Dreams": LIOTTA.
33. Indian tea region: ASSAM.  With two A's and two S's ASSAM is a five-letter word favored by constructors.
34. Genre modifier: ALT.  There are many, many ALTernative music genres.
36. Manicurist's targets: NAILS.  What is the hardest part about making a manicure joke?  You really have to nail it.
37. Small-theater movies: ART FILMS.
38. Like cat videos: CUTE. 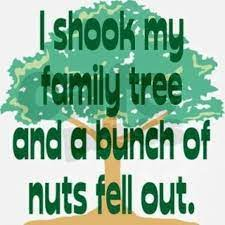 40. Pic: SNAP. As in to SNAP a photograph.
43. Scrubber brand: BRILLO.  There was a time when almost all households were either BRILLIO or SOS (but not as used at 64 Across). 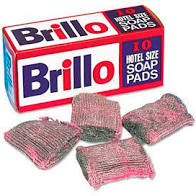 44. Astronaut Collins, first female Space Shuttle commander: EILEEN.  Without the qualifier, Michael would have been a good, if unworkable, guess.
45. Airport sharer with Seattle: TACOMA.  SEATAC airport used to be famous for spending a lot of time getting through security.   Perhaps things have changed.
46. Crocus cousin: IRIS.  Has anyone named their child Crocus?
48. Runway array: POSES.  As in modeling clothing.  A not-too-difficult attempt at misdirection.  Still, something airport-related was the first thing to come to mind.
49. Chew the scenery: EMOTE.
50. Musician who was the 2016 Literature Nobelist: DYLAN.  This might seem like a good place to insert a song by Robert Allen Zimmerman (aka Bob DYLAN).  However, I am going to go with my favorite Nobel Prize Awards Dinner moment. 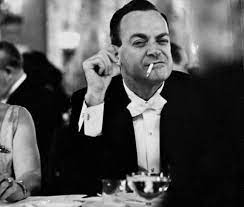 Richard P. Feynman
53. Actress Hatcher: TERI.
55. U.K. part: ENG.  ENGland, Scotland, Wales and the northern portion of Ireland comprise the United Kingdom.
56. Faux __: PAS.  Could this still be considered to be a French lesson?  It has become pretty mainstream in the English language. 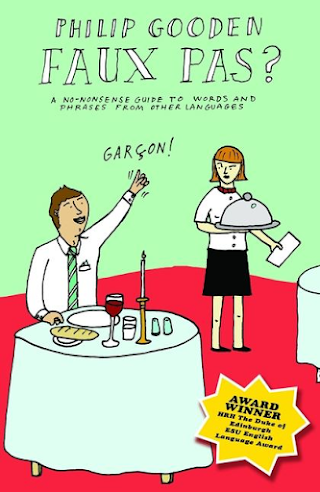 58. Conclude: END.  Too bad this was not the final clue although that has probably been done.
59. What candles may measure: AGE.  After a while, putting one candle for each year on a birthday cake becomes a fire hazard.  But not for this three-year-old. 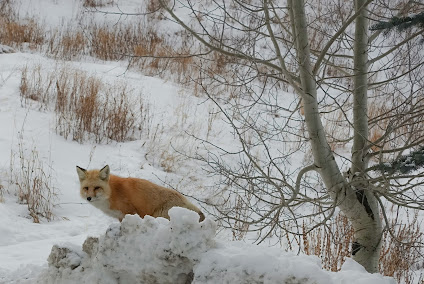 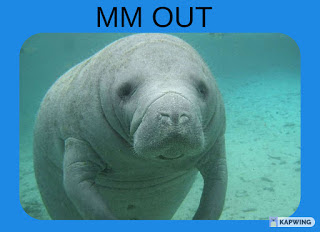