There Is No Silver Bullet 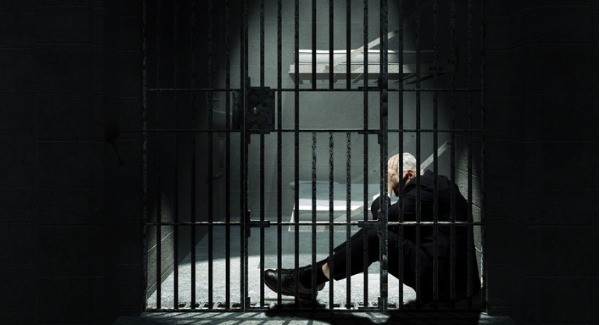 I used to say this was the day my life changed.

And that’s true, and it’s not.

October 1st, 2013, was the day the consequence of my choices was born, and life did change.

I attempted to identify the day my life truly changed for a very long time.

Was it the day in my childhood when I created the belief that if I’m perfect, no one can ever criticize or judge me?

Was it the day I over-inflated my already successful career to my then-girlfriend, later wife, later ex-wife?

Was it the day I attached my identity and self-worth to my things and my ability to purchase those things?

Was it the day I chose to hit the “send” button that initiated the fraud?

All of them are true, but they are merely pieces of a much larger puzzle.

I spent so much time when I was rebuilding and reinventing my life after prison, seeking this elusive “Genesis.”

The one thing that caused it all to come tumbling down.

I believed that if I could find genesis, I could identify what was wrong and fix it.

And I couldn’t move forward until I fixed it.

Genesis would make everything go away.

Here’s what I learned:

Life is a culmination of everything that’s happened, and my choices are my responsibility.

There is no one thing. No silver bullet. No genesis.

Chasing genesis is the equivalent of trying to catch the horizon while running on a treadmill. I felt busy, I felt productive, but I sure as hell wasn’t going anywhere.

Chasing genesis was the ego’s ploy to keep me on the treadmill, to keep me wrapped up in shame and fear.

I created a terrible belief that I can’t move forward until I “fix” something.

What could I possibly fix?

The past is written for eternity in the book of time. It can’t be anything other than what it is.

There is nothing to “fix.”

My life grew exponentially the day I let go of chasing genesis and instead practiced acceptance.

I would never have the freedom to start over and reinvent if I continued to fight what can’t be changed. So I had to do what I was so afraid to do.

I had to accept reality.

I didn’t want to. It felt like giving up; it felt passive. Fighting equals progress. But does it? What was I fighting against? As much as I wish there were, there is no such thing as a time machine Delorean.

It was an act of courage for me to say,

A weight lifted off of me when I wrote that. I wasn’t trapped in the past; I wasn’t chasing.

I was no longer looking to point the finger at an event but instead accept and understand it.

Acceptance opened the door to this simple yet powerful statement,

“Yes. That happened. Now what?”

It’s from here that I reinvented my life into something I love.

The post There Is No Silver Bullet appeared first on The Good Men Project.