The Warrior’s Journey Home: Making Good Trouble for a Better World in 2022 and Beyond 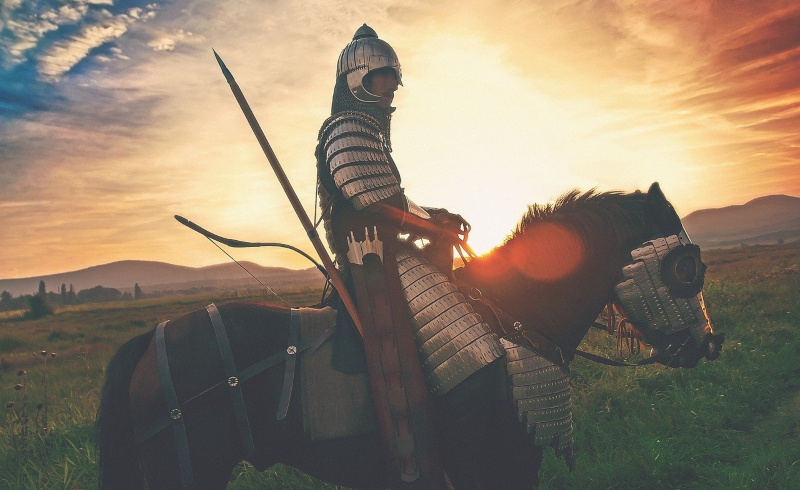 “Do not get lost in a sea of despair. Be hopeful, be optimistic. Our struggle is not the struggle of a day, a week, a month, or a year, it is the struggle of a lifetime. Never, ever be afraid to make some noise and get in good trouble, necessary trouble.” Rep. John Lewis (1940-2020)

If there was a time for making good trouble, the time is now. The Coronavirus continues to be with us and we continue to see the problem as “them” not “us.” We have gone to war with the virus instead of recognizing the problem is that humans continue to engage in a dominator approach to life, trying to control each other and other lifeforms on Earth. As the cultural historian, Thomas Berry, warns us,

We never knew enough. Nor were we sufficiently intimate with all our cousins in the great family of the earth. Nor could we listen to the various creatures of the earth, each telling its own story. The time has now come, however, when we will listen or we will die.

I wrote an article some time ago, “What the Corona Virus Can Teach Us About Sex, Love, and Survival,” in which I had an imaginary talk with the virus and these were some of the highlights of what the virus had to say:

Can we talk? You humans are always in such a rush, but lately, you’ve decided to stay at home more, though a lot of you want to head for your Sturgis motorcycle rally again, despite my recent Delta mutation. Maybe you’ll be a little more receptive to hearing me. I hope so, I’ve got a lot I’d like to get off my chest, I mean, if I had a chest. I may be small, but I’m mighty.

The virus goes on to detail five important points that we need to understand:

In my book, The Warrior’s Journey Home: Healing Men, Healing the Planet, I drew on a more ancient, partnership, way of being a warrior. It is a kind of warriorship that John Lewis, Mother Theresa, Martin Luther King, Jr., Greta Thunberg, and The Dalai Lama would recognize. Meditation master Chögyam Trungpa says that we must separate the life of the warrior from the destruction of war.

He goes on to say,

“Warriorship does not refer to making war others. Aggression is the source of our problems, not the solution. Here the word ‘warrior’ is taken from the Tibetan pawo which literally means ‘one who is brave.’ Warriorship in this context is the tradition of human bravery, or the tradition of fearlessness.” Trungpa concludes by saying, “Warriorship is not being afraid of who you are.”

The reality of who we are is that we’re a species that is out of balance with the community of life. A report by The Commission for the Human Future which I learned about from Stanford’s Millennium Alliance for Humanity and the Biosphere (MAHB) says, “Human activity and numbers are transforming our world. Wildfires, floods, droughts, melting ice caps, large-scale extinctions of plants and animals, shortages of water, loss of soil, forests and sea life combined with rising food insecurity, universal pollution, pandemic diseases, collapsing states, wars and refugee crises are a wake-up call that our very way of life is at risk.”

The authors of the report, headed by cardiologist and physician Arnagretta Hunter, go on to note,

While the above may seem like isolated threats, they are parts of a larger puzzle of which the pieces are all interconnected.

They describe ten potentially catastrophic threats to human survival. Not prioritized over one another, these risks are:

There are some who believe that humanity is on a downward spiral headed for inevitable destruction and collapse. There are others that feel and believe that our human creativity and ingenuity can still turn things around. Whatever, our future holds, it seems clear that we need what Margaret Wheatley describes as “Warriors for the Human Spirit.”

In her book, Who Do We Choose to Be, she says, “A Warrior for the Human Spirit is a decent human being who aspires to be of service in an indecent, inhumane time.” She goes on to say that

Warriors remember what it means to behave decently, ethically. We remember the capacities that every human being possesses. We affirm and work with these forgotten qualities through our presence and our wise actions. And in all we do, we consciously try to refrain from adding to the confusion, aggression, and fear overwhelming most people.

At the beginning of Who Do You Choose to Be? Wheatley quotes President Teddy Roosevelt who challenged us: “Do what you can, with what you have, where you are.” She challenges us all to step into this new warrior spirit.

If we sign on as Warriors for the Human Spirit, we don’t have to go looking for opportunities to defend and protect people. Opportunities are everywhere, created by decisions and policies that blithely ignore people and their concerns or want them out of the picture…What’s common in all these actions is that human beings are at the center. By our actions, we call attention to people and their suffering. And we act where we can to support and console those near us.

For more than fifty years I have worked with men and the women who love them to help heal the wounds that keep us from being the best humans we can be. In a recent article, “The Man Kind Challenge: Why Healing Men Will Do More Good Than Curing Cancer,” I call on men and women who feel drawn to this vision of healing to come together in 2022 to make some good trouble in support of mankind and humankind.


Need more info? A complete list of benefits is here.

The post The Warrior’s Journey Home: Making Good Trouble for a Better World in 2022 and Beyond appeared first on The Good Men Project.