The Love Token by Raven McAllan – Spotlight and Giveaway

Long and Short Reviews welcomes Raven McAllan who is celebrating the recent release of The Love Token. Enter the Rafflcopter below for the chance to win a $50.00 First for Romance Gift Card! Competition hosted by Totally Entwined Group. 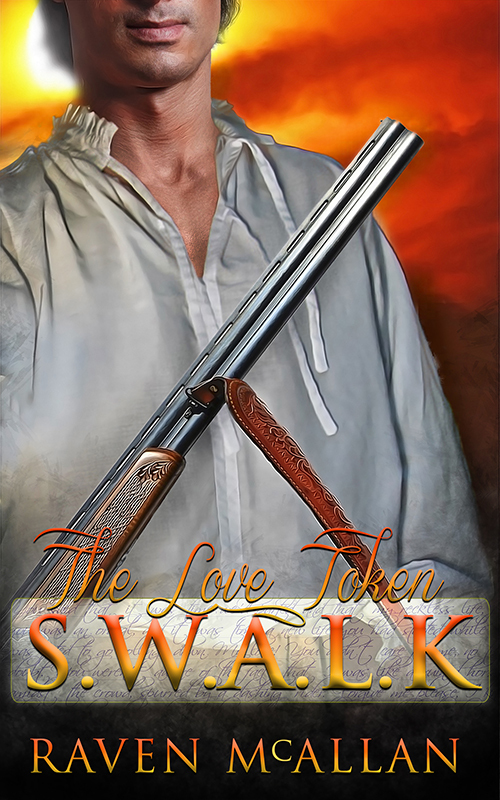 Spies, smugglers, scandals. Stealth, seduction and sex. All they had to do was decide which was theirs to take and what had to be earned. And hope they reached their happily ever after.

Jonathon, Viscount Carville, soldier, spy and would-be lover of Miss Miranda Riston, has accepted a mission to discover who is smuggling contraband into East Yorkshire. Her papa, however, is convinced Jonathon is dead, and wishes her to marry elsewhere. Miranda refuses and is delighted to find Jonathon is very much alive but working undercover on behalf of the British Government.

More is at stake than just a few shillings of tax duty owed.

Among their close friends and acquaintances there is a traitor working against the crown on behalf of Emperor Napoleon. Danger threatens as they seek to discover the identity of their treacherous foe.

Who is an innocent pawn? And who is not all they seem?

It’s a puzzle that must be solved if they are to get the happy ever after they long for.

Miranda Riston stared at her parents in horror. Surely they must be mad? Addle-pated and, not to put a finer point on it, ready to be admitted to Bedlam. Otherwise, why on earth would they suggest such a thing?

“Do I understand you correctly?” she said with deliberate care as she did her best not to lose her temper and show herself in a less than rational manner. Even if she was of a mind to scream like a fishwife and throw things. “You think I should become betrothed to Edward Twain? Viscount Carville’s younger brother?” Over my dead body—or yours. “Never in a million years.” Apart from the fact Edward had an understanding with another young lady, he was one of her beloved Jonathon’s siblings.

The least effectual one. The one who moaned and whinged and assumed almost everyone was against him.

She wasn’t against him, but if she were honest, she had little time for his attitude and feeling of entitlement. If he had worked with Jonathon and helped to create a strong and growing family estate, she probably wouldn’t have been so critical, but as far as she could tell, he had not.

Jonathon. Who worked tirelessly for his family and country and was happy not to be recognised for all he achieved. He just, as he’d once said, “got on with what had to be done and did it without a fuss”. “Fussing”, he had added with a grin, “was so much effort for very little reward”. Unless it was over her.

If only he was there now to say the same things. She put one hand over the necklace she had worn under her gown for the past three years. The tiny blue sapphire in half of a silver four leaf clover. A symbol, he had said, of his love for her. My lover. Even if he never became her husband, he was the one man she’d given herself to gladly, and she would do so again as easily as before.

“You are nigh on the shelf. It is a good alliance,” her papa said in a ‘listen to me, I am your parent’ voice. “He is the heir, and it will cement your future.”

There had to be more to it than that. “He is not the heir,” Miranda said firmly. Why on earth did they think that? Unless they knew something she didn’t. That was not anything to bear thinking about. “Jonathon is the heir as you well know.”

The only man she would ever love. The one man who she admitted she would go to the ends of the earth for.

The man she had spent one magical night with, learning all about love and sex. How to pleasure and be pleased. 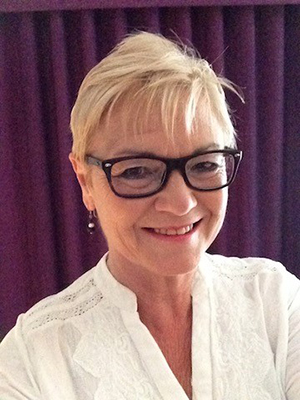 After 30 plus years in Scotland, Raven now lives near the east Yorkshire coast, with her long-suffering husband, who is used to rescuing the dinner, when she gets immersed in her writing, keeping her coffee pot warm and making sure the wine is chilled.

With a new home to decorate and a garden to plan, she’s never short of things to do, but writing is always at the top of her list.

Her other hobbies include walking along the coast and spotting the wildlife, reading, researching, cross stitch and trying not to drop stitches as she endeavours to knit.

Being left-handed, and knitting right-handed, that’s not always easy.

She loves hearing from her readers.

Buy the book at your favorite online venue or First for Romance.