The Lab-Leak Debate Just Got Even Messier

As the pandemic drags on into a bleak and indeterminate future, so does the question of its origins. The consensus view from 2020, that SARS-CoV-2 emerged naturally, through a jump from bats to humans (maybe with another animal between) persists unchanged. But suspicions that the outbreak started from a laboratory accident remain, shall we say, endemic. For months now, a steady drip of revelations have sustained an atmosphere of profound unease.

The latest piece of evidence came out this week in the form of a set of murkily sourced PDFs, with their images a bit askew. The main one purports to be an unfunded research grant proposal from Peter Daszak, the president of the EcoHealth Alliance, a global nonprofit focused on emerging infectious diseases, that was allegedly submitted to DARPA in early 2018 (and subsequently rejected) for a $14.2 million project aimed at “defusing the threat of bat-borne coronaviruses.” Released earlier this week by a group of guerilla lab-leak snoops called DRASTIC, the proposal includes a plan to study potentially dangerous pathogens by generating full-length, infectious bat coronaviruses in a lab and inserting genetic features that could make coronaviruses better able to infect human cells. (Daszak and EcoHealth did not respond to requests for comment on this story.)

The document seems almost tailor-made to buttress one specific theory of a laboratory origin: that SARS-CoV-2 wasn’t simply brought into a lab by scientists and then released by accident, but rather pieced together in deliberate fashion. In fact, the work described in the proposal fits so well into that narrative of a “gain-of-function experiment gone wrong” that some wondered if it might be too good to be true. Central figures in the coronavirus-origins debate were involved: Among Daszak’s listed partners on the grant were Ralph Baric of the University of North Carolina at Chapel Hill, an American virologist known for doing coronavirus gain-of-function studies in his lab, and Shi Zhengli, the renowned virus hunter from the Wuhan Institute of Virology. (Shi Zhengli has not responded to a request for comment. A UNC spokesperson responded on behalf of Baric, noting that “the grant applicant and DARPA are best positioned to explain the proposal.”)

There is good reason to believe the document is genuine. The Atlantic has confirmed that a grant proposal with the same identifying number and co-investigators was submitted to DARPA in 2018. The proposal that circulated online includes an ambitious scheme to inoculate wild bats against coronaviruses, carried out in concert with the National Wildlife Health Center, a research lab in Wisconsin. A spokesperson for the U.S. Geological Survey, which oversees the center, acknowledged this connection and affirmed the identifying number and co-investigators, noting that the agency’s involvement in the project ended with DARPA’s rejection of the grant proposal. “This is the proposal that was not funded,” USGS Acting Press Secretary Rachel Pawlitz said after reviewing the PDF. She could not, however, vouch for the document in its entirety.

Jared Adams, DARPA’s chief of communications, said in an emailed statement that the agency was not at liberty to discuss proposals submitted as part of its emerging-pathogenic-threat program, which was launched in January 2018, and that DARPA has never funded “any activity or researcher associated with EcoHealth Alliance or Wuhan Institute of Virology.” An article about the proposal published yesterday in The Intercept points to a tweet by Daszak last weekend, before the PDF was widely shared, that refers obliquely to the release of unfunded grant proposals.

For anyone looking for the great, final vindication of the lab-leak hypothesis, this document will leave you wanting. Does the SARS-CoV-2 pandemic have an unnatural origin? The answer hasn’t changed: probably not. But we have learned something quite disturbing in the past few days, simply from how and when this information came to light.

The pandemic-origins debate is a big, confusing mess—but it’s an important mess, so bear with us. The hottest news in the leaked proposal concerns the researcher’s plan to sift through a large trove of genomic-sequence data drawn from samples of bat blood, feces, and other fluids, in search of (among other things) new kinds of “furin cleavage sites.” When these are encoded into just the right spot on the spike protein of a coronavirus, they allow that spike to be opened up by an enzyme found in human cells. According to the proposal, “high-risk” versions of these sites, once identified, would then be introduced via genetic engineering into SARS-like coronaviruses.

Why does this matter? We’ve long known that the presence of such a site in SARS-CoV-2 increased its pathogenic power; and we also know that similar features have not been found in any other SARS-like coronavirus (though we may find them in the future). For lab-leak proponents, these facts—combined with certain details of the furin cleavage site’s structure—strongly hint at human intervention. As the science journalist Nicholas Wade argued in an influential lab-leak-theory brief last spring, this genetic insertion “lies at the heart of the puzzle of where the virus came from.” The virologist David Baltimore even told Wade that the structure of the SARS-CoV-2 furin cleavage site was “the smoking gun for the origin of the virus.” (Baltimore later walked back his claim.)

As many scientists have since pointed out, the mere presence of the furin cleavage site is not dispositive of a Frankenstein experiment gone wrong. For example, the same genetic feature has come about, quite naturally and independently, in plenty of other, more distantly related coronaviruses, including those that cause the common cold. According to a “critical review” co-authored by 21 experts on viruses and viral evolution that was posted as a preprint in July, “simple evolutionary mechanisms can readily explain” the site’s presence in SARS-CoV-2, and “there is no logical reason” why it would look the way it does if it had been engineered inside a lab. “Further,” the authors wrote, “there is no evidence of prior research at the [Wuhan Institute of Virology] involving the artificial insertion of complete furin cleavage sites into coronaviruses.”

But the apparent DARPA grant proposal complicates these arguments, at the very least. The engineering work that it describes would indeed involve such an artificial insertion. We don’t know whether that work was ever carried out—remember, DARPA rejected this proposal. Even if it had been, several experts told us, the genetic engineering would have happened at Ralph Baric’s lab in Chapel Hill, about 8,000 miles away from where the SARS-CoV-2 outbreak started. Yet now we know that the idea of inserting these sites was very much of interest to these research groups in the lead-up to the pandemic. “This is the first time they reveal that they are looking for these sites,” said Alina Chan, a scientist in Boston and a co-author of the forthcoming book Viral: The Search for the Origin of Covid-19.

Stephen Goldstein, a postdoctoral researcher in evolutionary virology at the University of Utah and one of the co-authors of the pandemic-origins critical review, considers it “unlikely” that any such work would have gone forward in Wuhan. It would be unusual—even unethical—for a lab in China to pursue experiments that were originally proposed by one of its collaborators in the United States, he told us. Another co-author of the critical review, the Johns Hopkins University microbiology postdoc Alex Crits-Christoph, noted that the proposal doesn’t specify the virus into which any novel cleavage sites would be inserted. Unless the Wuhan lab had already isolated a SARS-CoV-2-like virus that could carry this insertion—which Crits-Christoph doubts, given the wording of the proposal—researchers at WIV would not have had enough time between early 2018 and the fall of 2019 to construct (and then mistakenly release) the virus at the root of the pandemic.

Still, these scientists agree that the very fact that these experiments were even on the radar raises significant concerns. “I recognize this revelation opens up legitimate lines of questioning that are serious and need to be addressed by the people involved,” Goldstein told us via email. Crits-Christoph said it pushed the existing evidence “one step closer to the lab-engineering hypothesis”—but added that, given the improbable timeline, it moved things “one step further as well.”

With discussions of the lab-leak hypothesis being how they are, other scientists took a different point of view—one less skeptical of the idea that the experiments could have been carried out in China. Jesse Bloom, a computational biologist and expert in viral evolution at the Fred Hutchinson Cancer Research Center in Seattle, called the timeline “plausible … certainly possible.” Chan pointed to other recent reports that the team at the Wuhan Institute of Virology had already been sampling very close relatives to SARS-CoV-2, and that it was testing, in humanized mice, genetically engineered SARS-like coronaviruses that were more infectious than natural strains. “WIV was fully outfitted to run all these experiments themselves,” she said.

Like we said before, this is all a big, confusing mess. Even if it is authentic, as it appears to be, the DARPA proposal does not prove the lab-leak hypothesis, nor does it come close to changing the consensus view that the pandemic started from a natural source. Instead, what this week’s news really points to is how things got so messy in the first place—and they remind us that things didn’t need to be this way. Why did this proposal have to be leaked by an anonymous whistleblower, in the form of a wonky PDF, to a group of amateur sleuths?

In May 2020, only a few months into the pandemic, EcoHealth’s Peter Daszak ridiculed discussions of the furin cleavage site and whether it might be bioengineered as the ranting of conspiracy theorists. Six months later, Daszak was involved in two major, international investigations into the pandemic’s origins, organized by the World Health Organization and the British medical journal The Lancet. Now it appears that, just a few years earlier, he’d delivered a detailed grant proposal to the U.S. government, with himself as principal investigator, that described doing exactly that bioengineering work. “It’s just shocking,” Chan said.

The pattern here is unmistakable: At every turn, what could be important information has been withheld. Two weeks ago, The Intercept published 528 pages of documents, obtained only after a litigated FOIA request to the National Institutes of Health and a 12-month delay, that describe experiments on hybrid coronaviruses that some experts consider risky, carried out in Wuhan with the support of EcoHealth and the U.S. government. (These experiments could not have led directly to the pandemic. A spokesperson for the NIH told The Intercept that the agency had reviewed data from the experiments and determined that they were not dangerous.) In June, Bloom, the Seattle computational biologist, discovered that several hundred genetic sequences drawn from very early COVID-19 patients had been mysteriously deleted from a public database. (They’ve since been restored.) Other facts that could be relevant to the origins debate have trickled out from obscure student work and other surprising sources.

Even as a natural origin remains the most plausible explanation, these discoveries taken as a whole demonstrate beyond a reasonable doubt that good-faith investigations of these matters have proceeded in the face of a toxic shroud of secrecy. Vaughn Cooper, who studies pathogen evolution at the University of Pittsburgh, told us that he hasn’t changed his view that SARS-CoV-2 is extremely unlikely to have been created in a lab—but the lack of candor is “really concerning.” The DARPA proposal doesn’t “mean that much for our understanding of the origins of the pandemic,” he said, “but it does diminish the trustworthiness of the research groups involved.”

“I find it disappointing and disturbing that something like this is coming out in the form of a leak,” Bloom told us. “If there’s information that is relevant or informative to this discussion—anything that people could conceivably think is relevant—it needs to be made available.” 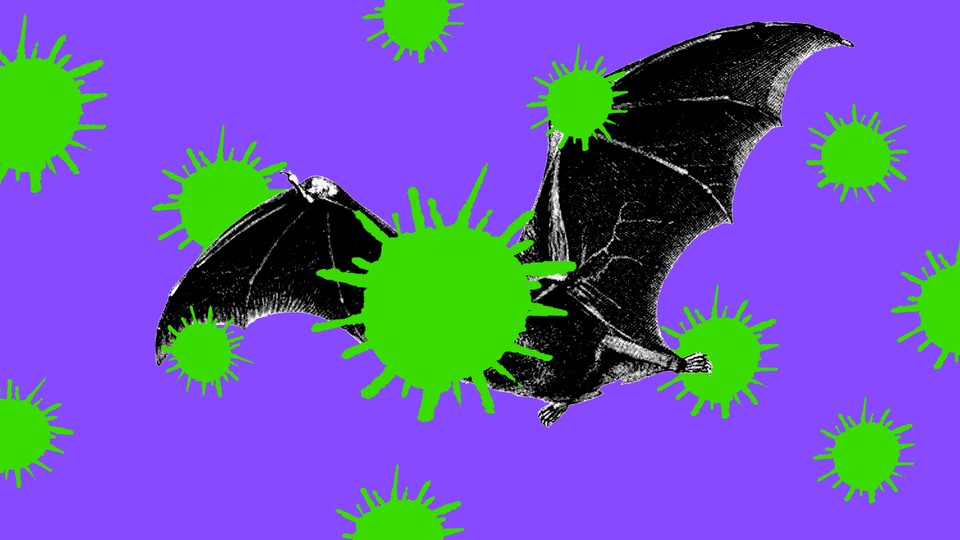