The Fascinating, Inoculated World of Crime Without Gore

My first exposure to the strange, inoculated world of “cozy mysteries” came during a long road trip with my older sister. We were driving through Niagara Falls, New York, past vendors hawking Falls souvenirs, when our conversation hit a lull and she turned on an audiobook called Triple Chocolate Cheesecake Murder. It was the 27th installment of a series called the Hannah Swensen Mysteries, by Joanne Fluke. My sister had read them all: Blueberry Muffin Murder, Lemon Meringue Pie Murder, Peach Cobbler Murder. I’m usually more likely to be listening to a true-crime podcast while driving, but I was lulled by the uncomplicated prose, charmed by the protagonist’s life as both bakery owner and amateur sleuth—and drawn to the paradoxical concept of a feel-good murder.

Turns out I’m not alone. Fluke’s books join a slew of cozy mysteries, many of which regularly make best-seller lists, that hinge on making murder palatable, even soothing for readers. Prolific cozy-lit blogs and Twitter accounts discussing them litter the internet. The amateur sleuths of these books, like Hannah Swensen, tend to be plucky, likeable young women living in small towns. They have charmingly domestic jobs: apothecary, librarian, baker, seamstress. They might date men whose occupations (police officer, coroner) are wildly convenient to the plot, giving them unfettered access to evidence boxes and autopsy reports. They usually solve cases without ever getting into too tricky a situation.

But the feature that most distinguishes the cozy from other crime fiction—and that makes its wide-ranging appeal so curious—is that it’s devoid of gore. Murders tend to take place off the page, and many are bloodless. The details that do appear are spare: a pair of legs sticking out of a doorway, a witness crying plainly, “He’s dead!” The overwhelming mood is one of mollification. In Elizabeth Penney’s Hems & Homicide, the protagonist finds a skeleton in her shop’s cellar; while she waits for the police to arrive, she sits in a chair at her bay window and notes how surprisingly comfortable her cushion is.

Nonviolent murder mysteries have a long legacy. When murders hardly feel like murders, readers are left to focus on the real pleasure of the mystery, which is the puzzle itself. In this, the cozy finds its forebears in the inoffensive female sleuths (Nancy Drew, Miss Marple) of the “golden age” of detective fiction, which dominated the mystery world before darker crime novels gained popularity in the 1940s and ’50s. Popular cozy writers such as M. C. Beaton and Alexander McCall Smith harken back to those earlier novels, which encouraged readers to scrub plots for clues and held the promise that by the end of the book, the case would always be solved.

The popularity of cozies in today’s pop-cultural landscape feels unexpected, a relic of a bygone era. Mystery writers such as Gillian Flynn, Tana French, and Paula Hawkins dominate the contemporary detective novel, providing readers with brassy characters and stylish prose. Crime dramas have taught at-home viewers the language of autopsies and criminal interrogations. The fetid granularity of true crime can have a visceral impact—your heart races, your body clenches. Cozies would seem to operate in opposition to all of this. They’re almost impossibly quaint; as I read, the lack of words such as ligature, contusion, hemorrhage—words that the CSI franchise has made into everyday vocabulary—was striking.

And yet making my way through a variety of cozy mysteries, I can understand why they appeal to so many readers, why someone might choose to avoid the macabre, again and again and again. Readers can immerse themselves in a world of crime without worrying that they will be overcome with unpleasant images or real grief; they choose to glimpse violence precisely so that they can look away. This sort of world—insulated, replete with homemade baked goods and chaste love affairs, stripped of loss—alleviates the need to interrogate what is so seductive to humans about violence.

Cozies make it easy for a reader to create a boundary between themselves and the murders they read about, in part because the characters themselves tend to maintain lighthearted distance from the crime they are investigating. Whereas Tana French’s protagonist in The Likeness, Cassie Maddox, is consumed by her detective work, even fearing that it might overwhelm her and drive her mad, Hannah Swensen manages to make a party of her sleuthing in Triple Chocolate Cheesecake Murder. Instead of late-night undercover work and gritty forensic analysis, Hannah invites her prime suspect over for quiche and champagne.

It makes sense to me that my sister would love the cozy genre: Her life has been punctuated with difficulty, and yet she remains one of the most positive people I know. In fact, she takes positivity very, very seriously. She avoids thrillers and hard news, and tends toward Hallmark movies and HGTV. I am the opposite. My experiences with violence have led me to seek it hungrily in my media. I watch lurid news stories and crime documentaries with fascination; they help me parse my greatest fears through grim exposure therapy. By wallowing in the very worst of the world, I convince myself that I’m taking control of the vilest possibilities, rationing out my fear until it feels tamable.

My sister’s staunchly conflict-free media diet and my own almost seem like flip sides of the same coin. In the end, we’re both drawn to murder narratives, just very different ones; both of us seek, in a sense, to regain control over the violence we see mirrored in the real world. Maybe we believe that we can filter it through the media that we consume, and that what we consume will in turn somehow bolster us.

All that said, you can’t hide forever—not even, it seems, in cozies. The genre has begun shedding its protective cocoon, tackling the kinds of real-world struggles that many of its readers may have come to the books to escape: prejudice, financial insecurity, mental illness. And younger writers—including more writers of color—are stretching the genre beyond its archetypal roots. Their protagonists use cellphones and social media to aid them in their sleuthing. Some live in larger cities. They sell DIY soaps on Etsy, and become YouTube influencers, support Black Lives Matter and the #MeToo movement.

Mia P. Manansala’s debut cozy, Arsenic and Adobo, for instance, directly addresses fatphobia, racism, class, and police bias alongside rich descriptions of the Filipino comfort foods served in her protagonist’s family’s restaurant. Manansala told me that she addressed such issues in her book because doing so was the only way to be true to its main character. “Cozy mysteries are escapist fiction … that’s why I love them,” she said. “However, to be true to the character and make the world feel real, I had to acknowledge the way being Filipino American shapes [how] my protagonist, Lila Macapagal, sees the world and how the world sees her. And because crime fiction is meant to interrogate society and human behavior, it would be remiss to not include some of [these issues].”

That a genre meant to distract and comfort is beginning to interrogate—or at least acknowledge—pain may seem like a shift. But in truth, the escapism of the cozy has never really been escapism. Despite the gentle repackaging of the crime, despite the humor and the novelty, what draws readers to the genre is still the crime at the heart of each story. And even without the gory details, the upsetting nature of murder creeps in sometimes. In Hems & Homicides, after the protagonist stumbles upon a skull in the cobweb-cloaked cellar of her coffee shop, The Belgian Bean, we learn, in casual conversation, that the skeleton belonged to “one of Grammie’s friends from ages ago.” The light touch only underscores the darker reality.

Coziness can feel oppressive when it ignores the real world too obstinately. Those of us who devour true crime might feel that its thrills let us temporarily leave our own fear behind. But like the cozies, that is its own, limited form of escape. 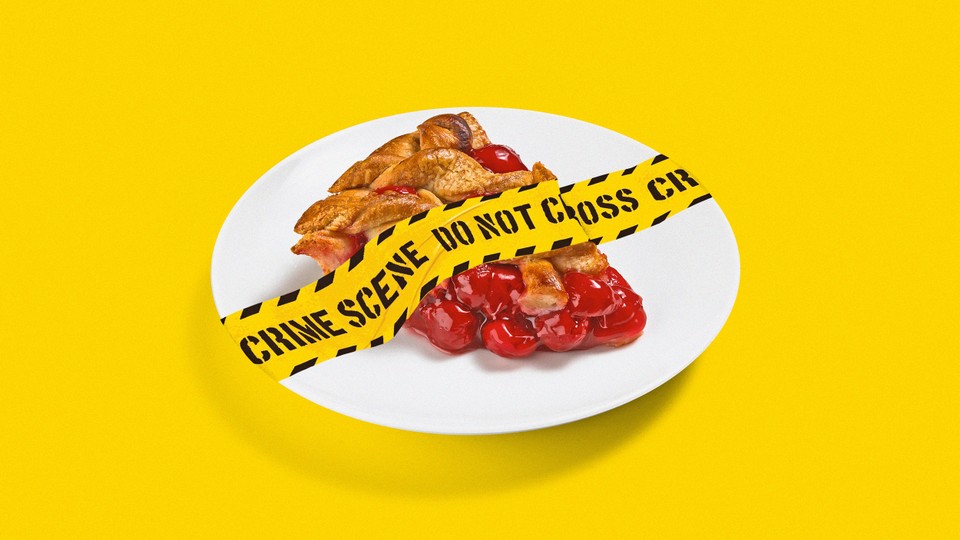