Strout, Solnit, Porter: Here Are the Best Reviewed Books of the Week 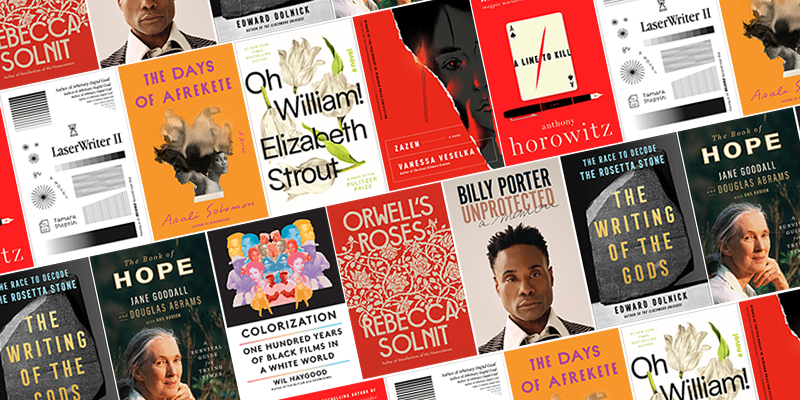 Brought to you by Book Marks, Lit Hub’s “Rotten Tomatoes for books.” 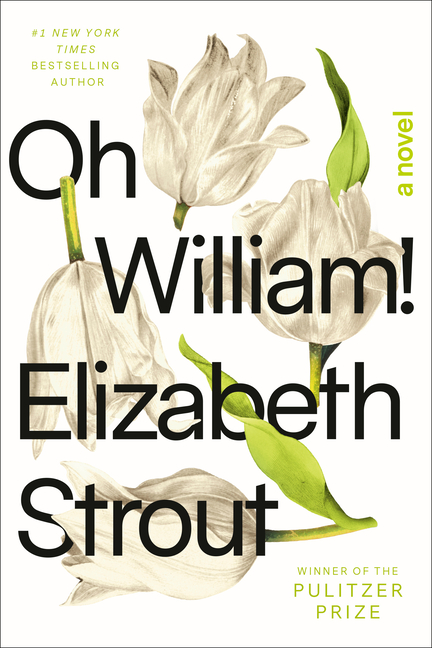 “… a novel-cum-fictional memoir, a form that beautifully showcases this character’s tremendous heart and limpid voice … Lucy’s determination to tell her personal story honestly and without embellishment evokes Hemingway, but also highlights fiction’s special access to emotional truths … A memoir, fictional or otherwise, is only as interesting as its central character, and Lucy Barton could easily hold our attention through many more books. What Strout is trying to get at here—how the past is never truly past, the lasting effects of trauma, and the importance of trying to understand other people despite their essential mystery and unknowability—is neither as straightforward nor as simple as at first appears. Oh William! explores William and Lucy’s relationship, past and present, with impressive nuance and subtlety … You needn’t have read Strout’s previous books about Lucy Barton to appreciate this one—though, chances are, you’ll want to … Being privy to the innermost thoughts of Lucy Barton—and, more to the point, deep inside a book by Strout—makes readers feel safe. We know we’re in good hands.” 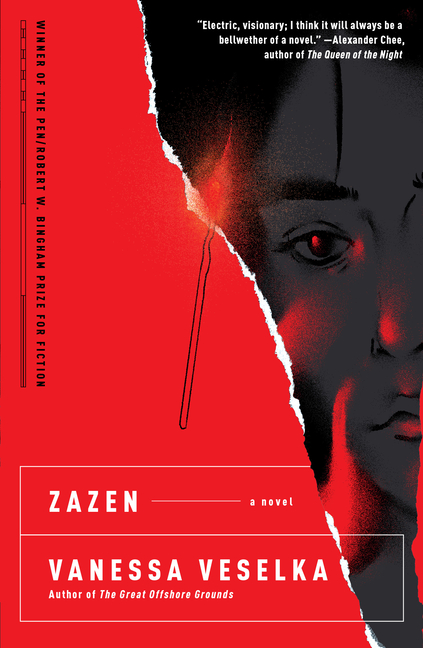 “… both a study in character, and a dystopian and thrilling story. One of those rare beasts that are intensely literary and a page turner at the same time. To say it’s a dystopian novel, would be to try to slide it neatly into one of our generation’s best-beloved genres, that of dystopian fiction, and therefore cut the raw, squirming edges off, marginalising the artistry of the words, the view into the tumultuous headspace of the main character, the mood of bright charge, of thick, grotesque despair. Half-way through, I began to feel a tightness in my chest. Fear. That Veselka would run out of steam. That it couldn’t possibly keep being this good. Spoilers: it could. The high-wire dancing continues right to the end … Zazen, then, is one of those works that like lightning streaks and dashes across the sky, a novel to fulfill an essential purpose: to remind ourselves that literary bravery, in this form and others, is not only possible, but utterly necessary.” 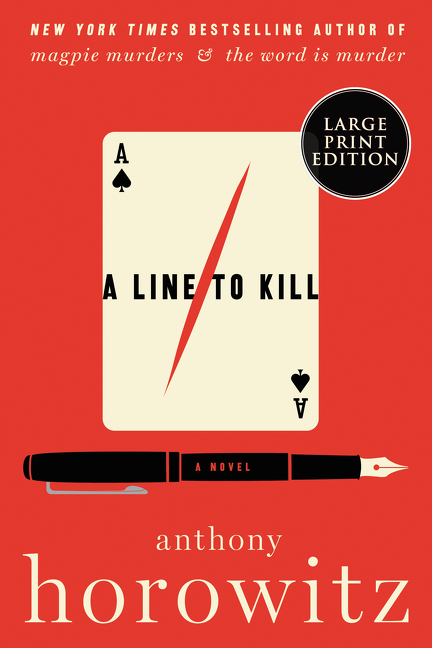 3. A Line to Kill by Anthony Horowitz
(Harper Luxe)

“Like any good mystery, Anthony Horowitz’s A Line to Kill has a gripping story, quirky characters who might be devious or might be innocent, a twisty plot, an enigmatic detective and a memorable setting. But it also has something else: sly humor, most of it at the expense of the author … Horowitz (the real one) has a lot of fun with this book, dropping clues and red herrings, unraveling the story slowly, ending it — and then ending it again. Along the way he pokes fun at writers and readings and literary festivals and, most of all, at himself. Seriously, get in line for this one. It’s terrific.” 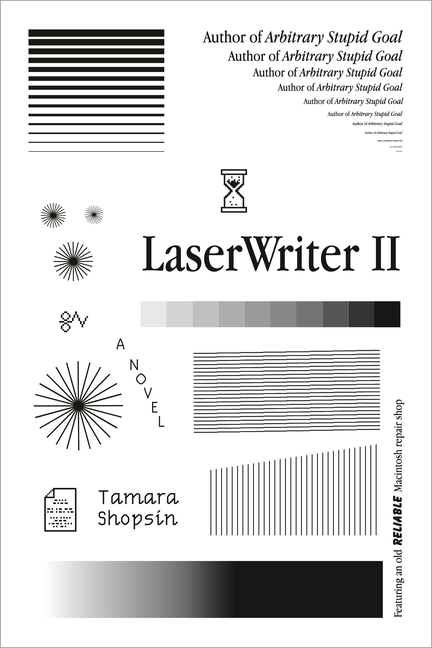 “… a transportive, joyous read … Shopsin, who is also an illustrator, graphic designer, and memoirist, is an acutely observant writer. She’s collected an extensive history of TekServe, from the elaborate spreads at weekly staff breakfasts to the custom intake system that warns technicians about difficult customers … Shopsin’s narration is sharp and incisive, snarky yet kind … By far the most interesting characters are the anthropomorphized machine parts, which form a kind of impassioned Greek chorus throughout the novel. These critical components within broken machines have emotions and sex lives, ponder the meanings of existence, and are among the most enjoyable elements in the novel. It’s like watching the Jurassic Park movies, when, by the end credits, you’re rooting for the dinosaurs.” 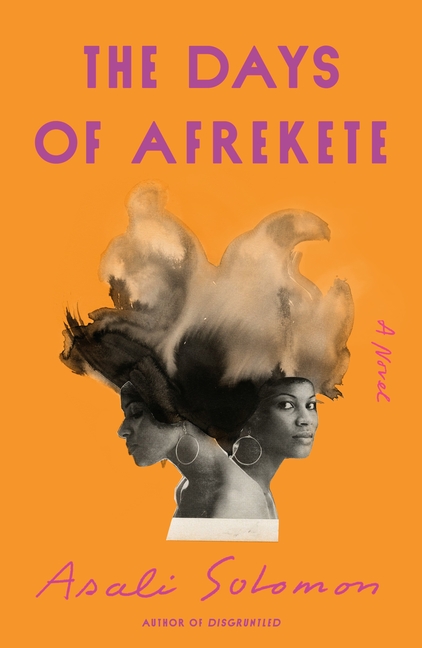 5. The Days of Afrekete by Asali Solomon
(FSG)

“… one of those fictional characters so three-dimensionally rendered that it’s easy for a reader to slip into their expensive shoes and wander through a world more realistic than reality … Solomon has a way of taking class lines that are often invisible and turning them into one of those laser museum security systems that you see in heist movies: neon, treacherous, uncrossable … Liselle’s call to Selena happens in the first few pages of the book, just before dinner begins, which is to say that we meet our protagonist at the precise moment her Potemkin life becomes intolerable. What exactly the gesture triggers is revealed over the course of a novel so concise it reminded me of one of those wrinkle-free travel dresses that magically expand from a folded cube into a wearable garment. Solomon’s novel is a feat of engineering. It’s also a reverie, a riff on Mrs. Dalloway and a love story. In Liselle, Solomon has invented a character who comes to the mind’s eye in HD, with anxieties, jokes, memories, furies and survival instincts all present in prose as clear as water.” 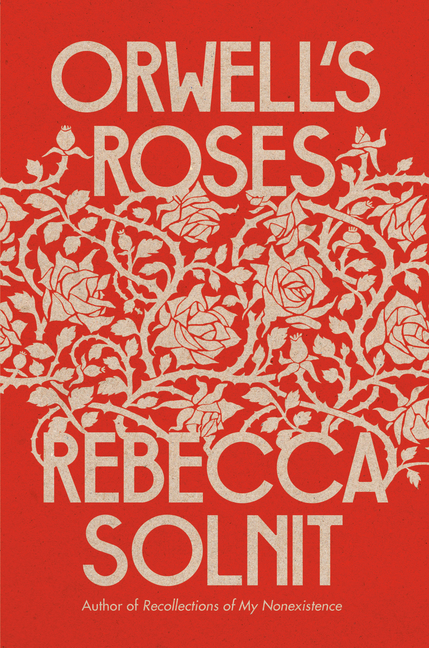 “Essayist that she is, Rebecca Solnit pursues her subjects down multiple pathways of thought, feeling, memory and experience, aided by historical research and the intuitive literary hunch, as needed. Like George Orwell as essayist, the subject of her latest book and her model, she deploys the full human instrument in service of her curiosity … wide-ranging yet disciplined … This is Solnit applying economic and social analysis to longstanding cultural mythology. How, the reader wonders, is the life-loving Orwell she has just conjured going to survive this scrutiny? … She implicates us in these comfortable delusions … I won’t give away how Solnit rescues her portrait of Orwell from the bear trap she has sprung on it. Suffice it to say that in the end she throws us up on the shores of our flawed, vulnerable selves through a detailed portrait of Orwell dying in his mid-40s on an island in the Hebrides as he writes 1984. That novel, Solnit convincingly shows, is not primarily about how totalitarianism works but rather about what it destroys: consciousness, experience, life lived with the full human instrument—the very vision of political freedom that she has earlier identified at the heart of Orwell’s values … Solnit doesn’t argue with her own counterpoint. She just creates a frame large enough to contain both revolutionary brilliance and unwitting reactionary associations in the same person—large enough to contain life’s contradictions in a way that only the essay, that humble literary mouthpiece, can.” 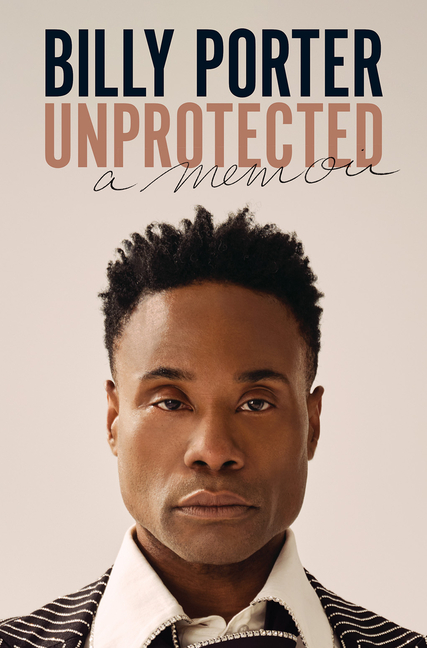 “… stirring … Through his experience as a gay Black man, repeatedly subjected to unspeakable pain, Porter delivers a searing indictment of how America treats race, sexuality and anyone outside the norm. Clear and piercing, his justified indignation is as defined as his singular singing voice and flashy fashion … With raw vulnerability, Porter opens up on how the effects of childhood abuse long prevented him from loving Black men romantically … Porter’s recollections are vivid and his prose playful, packed with amusing colloquialisms and no shortage of sass … Even if Porter’s sharpest barbs seem saved for the church and the GOP, he doesn’t hold back when confronting Broadway’s and Hollywood’s systemic shortcomings … Porter is also refreshingly candid on the allure of fame and industry accolades … Whether he’s reliving triumphs or trauma, Porter bears his soul—just as he did all those years ago on that high school stage, bloodied and bruised. When faced with such honest audacity, one can only applaud.” 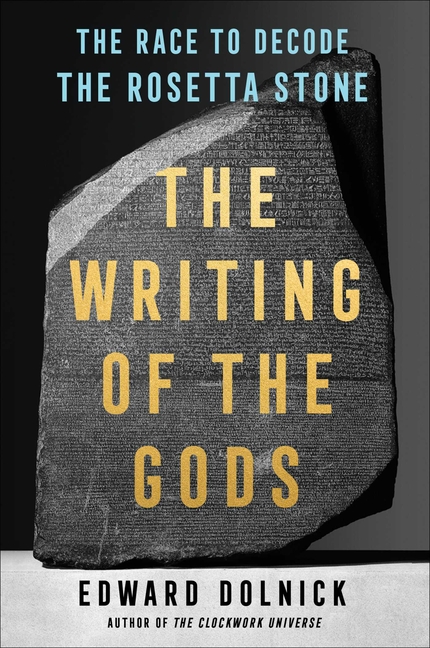 3. The Writing of the Gods: The Race to Decode the Rosetta Stone by Edward Dolnick
(Scribner)

“… engrossing … Dolnick here conjures up another intricate intellectual caper. With its thrilling dissection of the decoding process, it calls to mind Margalit Fox’s The Riddle of the Labyrinth: The Quest to Crack an Ancient Code(2013), about three scholars who deciphered Linear B, the 3,400-year-old script excavated from the ruins of Crete’s Minoan civilization. Like Fox, Dolnick exuberantly captures the frustrations and triumphs of scholars as they puzzle out the meaning of long-dead runes, ‘seduced by tantalizing clues and then careening into dead ends and losing hope, but then spotting new markers and dashing off jubilantly once more’ … Dolnick’s stirring account makes it clear that both decoders deserve scholarly immortality.” 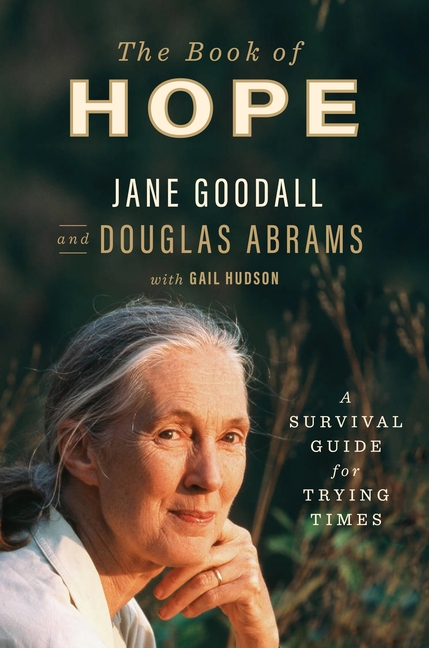 4. The Book of Hope: A Survival Guide for Trying Times by Jane Goodall and Douglas Abrams
(Celadon Books)

“Abrams sets the scene for each encounter, ensuring that Goodall’s unique personality, poise, and inner strength shine forth. Their jousting discussions are passionate, candid, and very moving as Abrams asks difficult questions and Goodall responds with enthralling real-life stories shaped by her extensive knowledge, extraordinary experiences, and hard-forged wisdom. Without minimizing the daunting challenges we face as the climate crisis takes hold, Goodall explains that hope is a ‘human survival trait’ that requires ‘action and engagement’ … Bright with photographs, supported by an excellent Further Readingsection, and, vibrant with wry humor, scientific fact, grassroots advances, compassion, and spiritual depth, this compelling and enlightening dialogue of hope amplifies Goodall’s mantra: ‘Together we can. Together we will.’” 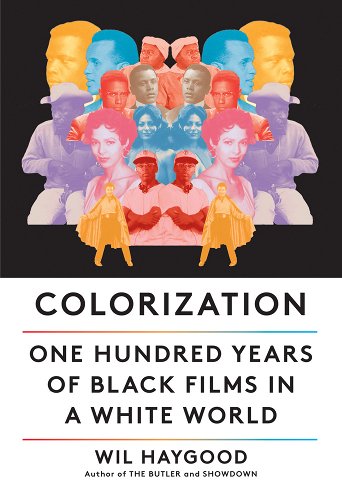 5. Colorization: One Hundred Years of Black Films in a White World by Wil Haygood
(Knopf)

“… elegant and well-made … Some prolific nonfiction writers slowly grow bleary; you sense them, in their later books, going through the motions, rounding off corners. Haygood, on the other hand, has become a master craftsman, one whose joinery is seamless … This is sweeping history, but in Haygood’s hands it feels crisp, urgent and pared down. He doesn’t try to be encyclopedic. He takes a story he needs, tells it well, and ties it to the next one. He carries you along on dispassionate analysis and often novelistic detail … As you read, you may find yourself making lists of films to watch or rewatch … Stale language begins to creep in toward the end. It’s past time for an ambitious young copy editor to invent a search widget called ClicheCatcher

to routinely run on manuscripts before they go to press … Yet this is important, spirited popular history. Like a good movie, it pops from the start. (Haygood was wise to omit an introduction.) Like a good movie, too, it comes full circle.”