Should News Describe the World, or Fix It?

The job of a news reporter today is to declare what you can’t yet know to people convinced that they already do.

Journalism on deadline has always been stressful. A gruff editor orders a reporter to simplify controversy, and submit the copy in a couple of hours. The shortcut is this: When you fail to become an expert, phone one. So journalists hold the mic up (officials) and down (“man on the street”). Both directions contain peril. Officials know things but want things, while civilians rarely know what they’re getting into. Contemporary journalism adds a third source: the online gush, with its clips and comments and unintended consequences.

Whom to trust has become an urgent quandary after a series of cases—the murder of George Floyd, the death of Officer Brian Sicknick, the shooting of Ma’Khia Bryant—in which early claims got so much wrong. A partial answer is easy: Stop believing the authorities. But those who speak for victims are not always accurate either.

From one perspective, the history of news is just a tale of who was quoted, and why. In this view, journalism is an expression of power—“who defines the narrative.” But journalism has been guided by principles, too. An aspiration to objectivity held sway for decades, only to crumple under the joint bullying of social media and Donald Trump.

As American journalism staggers from challenge to challenge, disoriented by competing claims and uncertain what its ideals should be, the central dispute is this: Should news just describe the world? Or fix it?

My journalistic apprenticeship came in the late 1990s at the Associated Press, whose mission was to produce articles that somehow suited the entire country, from the Alabama weekly to the Chicago daily. One result was an institutional terror of seeming to opine; everything short of your byline needed attribution.

But the AP—and the press generally—has always struggled to treat sources equally, and, despite its best intentions, has sometimes attended to the powerful while overlooking the weak. Partly, this is practical. Those in power know much, set policy, and have press offices. This creates a moral hazard: You need them.

When I was a correspondent in Italy, reporting on Silvio Berlusconi’s government, one of his press officers routinely screamed at me, outraged when I wrote simple facts that irked him. He’d complain to my supervisor and threaten to refuse my calls. By contrast, when ordinary citizens find themselves ensnared in news events, they have no staff to harangue the reporter. They may be quoted or deleted as required.

Trust in the official version became an obvious problem after 9/11, when many in the American media accepted the Bush administration’s false claims about Iraqi weapons of mass destruction. During the next Republican administration, journalists had a more acute problem: What to do when the guy with nuclear bombs is a serial liar?

Rather than hewing to impartiality, much of the left-leaning news media took a stand. The shift at major American outlets did not, however, amount to skepticism of authority. Instead, it enforced a partial skepticism, based on politics. Deference to the White House became deference to progressive voices. For some disgusted by Trump, the new moralizing journalism felt timely. To others, it felt dangerous.

If told to pick between justice and truth, we choose both. So progressive journalists who have lately pursued moral clarity insist that this also delivers greater accuracy, while journalists who still aspire to objectivity say their approach is more likely to bring justice. As with many debates today, this feels like an argument at cross-purposes.

In the 18th century, David Hume described the “is-ought” problem, saying that statements of fact are a different category from statements of morality, so one may not leap from what is to a declaration of what ought. Our culture fears the opposite, that what ought may be undermined by what is. Therefore, Fox News personalities downplayed the killing of unarmed Iraqi civilians because American veterans committed the crime, and critics of police brutality failed to note that, when an officer shot 16-year-old Ma’Khia Bryant, she appeared to be trying to stab another young woman.

Public debate has become so bitter that is statements are immediately misinterpreted as ought statements. Even if your wish is simply to find out what happened, you may find yourself cast as a sinner. You might even start flinging around oughts yourself.

The rationalist thinker Julia Galef presents a useful frame for understanding this epistemic conflict in her new book, The Scout Mindset: Why Some People See Things Clearly and Others Don’t. Humans, she says, employ two modes of evaluating the world: the soldier mindset (defend what you believe) and the scout mindset (survey what is out there).

The soldier/scout metaphor maps neatly onto the competing visions of news reporting—one fighting for a just society and one prioritizing inquiry. Strikingly, Galef’s description of the scout mindset is how many would define the role of journalism itself: “to help us see things clearly for the sake of our judgment, so that we can fix problems, notice opportunities, figure out which risks are worth taking, decide how we want to spend our lives, and, sometimes, better understand the world we live in for the sake of sheer curiosity.” Equally striking, the reasons for the soldier mindset sound much like social media’s incentives: “to help us maintain beliefs that boost our self-esteem, give us comfort, preserve our morale, persuade other people, cultivate an attractive image, and help us fit in to our social groups.”

Soldiers are necessary. They mobilize for what they deem right; they might change society for the better. But to start with ought and end with is has been a recipe for corruption throughout history. That is how those who sought a better society 100 years ago ended up as Soviet apparatchiks fiddling facts on crop yields to deadly effect.

Moral actions depend on neutral facts. Otherwise, the good enact the bad. A soldier is feckless without a scout.

Back to the honest reporter, assigned to explain a bewildering controversy that is half-understood and already covered in a blizzard of conflicting claims. After years of industrial collapse, with mass layoffs and an incessant demand for more content, journalism is not the job most imagine. An upper echelon still has time to attend seminars on media ethics; others don’t have room in their schedules for lunch. They’re merely coping, pressured to replicate reports without time to check them independently, looting from free sources online.

[David A. Graham: Some real news about fake news]

This depressing reality does not mean journalists should give up on dogged reporting, let alone resume the cop-stenography beat. It means acknowledging that journalism is a gutted industry, shaken by financial decline, and in the culture wars’ crossfire. News is no longer a co-dependency between authorities and reporters. It’s a hate triangle of authorities, content creators, and the amorphous internet public.

We must expect a recurrent pattern: a horrifying news event, a litany of self-affirming claims, evidence and errors mingling, and an eventual settling of what (probably) occurred. Formerly, papers had a late edition and TV had a nightly news, and therein—with all its ills—was what the public came to understand. We’ll never have the daily news again.

This demands a new ethics for producing journalism, and for reading it. Here are a few ideas to start:

1. Don’t exchange one credulity for another. Claims of the powerful must be viewed with skepticism. But the vulnerable are not necessarily correct either. Be cautious when trusting those whose politics you share.

2. Consider your enemies’ critiques. Much online sniping at journalists’ work is cruel and diversionary. A defensive stance is understandable, but defensiveness discredits the work. Acknowledge mistakes as part of the accuracy project.

3. Jigsaw puzzles demand patience. From our insta-news system, we must expect erroneous reports. Resist the social-media impulse to assign good or evil to every new puzzle piece.

Moral thunder when looking at factual uncertainty seems bold. It is not. Rather, it submits to the incentives of the info-influence economy. True boldness, and the finest journalism, defies easy incentives. This means writing facts despite a pushy press officer; it means granting a hearing to “the bad guys;” and it means enduring recriminations from Twitter moralists.

They could be right about what ought. But first, we must figure out what is. 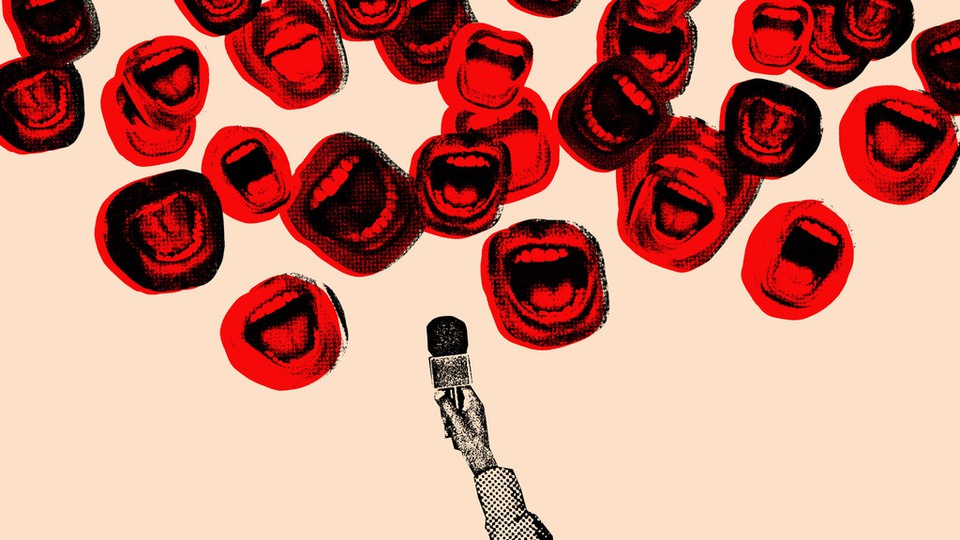