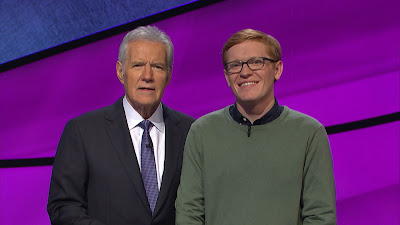 Today Kevin Salat enters the world of themeless Saturday puzzles at the LA Times. As you can see by the picture, he joins our list of constructors who are
Jeopardy alums.

Here is his gracious note to us:

Hey everybody! Thanks to Gary for the invitation to introduce myself in this wonderful community.
I'm originally from Winfield, IL where I started solving these puzzles in the Chicago Tribune with my grandma Natalie. Now I reside in Seattle, WA working in product marketing and spending leisure time on long bike rides or at the movies (when they're open). Some favorite first-time watches I've had during quarantine have been In a Lonely Place (1950), The Apartment (1960), Paper Moon (1973), Something Wild (1986), and in terms of new 2020 releases, First Cow (2020). All are highly recommended! 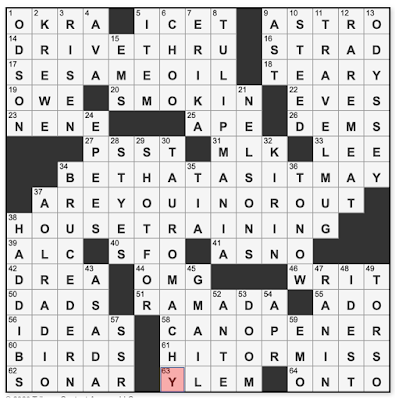 Delighted to have my first Saturday in the LAT, which along with my first Friday on 7/10 completes my "cycle" of having a puzzle run each day of the week! This is one of the first themeless puzzles I had ever created, and while I think my game has improved since this one I'm relatively pleased with how it turned out. I like entries with 3+ words, so I started with stair-stacking 34A and 37A and the puzzle came together from there. And while I didn't have "in England" in my clue for 38A I think it makes it more accurate.
Not much else to say about the rest of the puzzle, but I just want to say thanks to Rich/Patti & the editorial team and also reinforce how wonderful this community is. It's such a joy knowing that so many are not only enjoying something you've created, but also using it as a springboard to connect with others and provide laughter and support in such trying times. And I've heard Alex Trebek say that he solves the LAT every day, so it's also nice to know icons like him are potentially enjoying my work too (FYI, he smells great).
Have a good Saturday -- see you next time!


Kevin
I navigated around Kevin's fun puzzle but hit a single roadblock at the bottom where this physics teacher had no idea on YLEM or on matador art called TAUROMACHY (Kevin explains below). See my "angry" red square in the grid 😤! Okay, Kevin seems to be a great guy, I had fun and am not really angry but still... 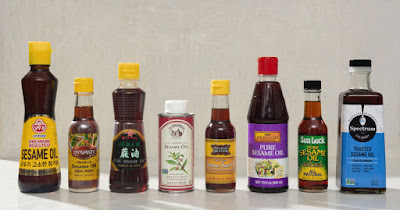 19. Red state verb: OWE and 26. Blue side: Abbr.: DEMS - The former represents being in debt and the latter refers to DEMOCRATS being referred to the blue side of politics 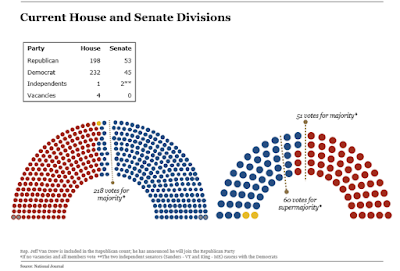 23. Goose that may nest on volcanic ash: NENE - Our fine-feathered Hawaiian crossword friend

27. Sound that gets an exam proctor's attention: PSST

33. Pop singer Brenda: LEE - She went on my turntable right after Roy Orbison and The Everly Brothers! Here's she shows that 59. Moody genre: EMO music is nothing new

37. Dealer's question: ARE YOU IN OR OUT 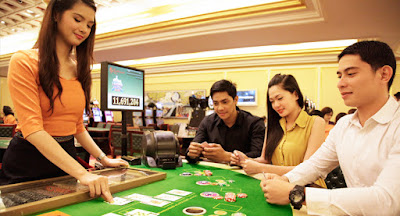 38. Teaching where to go in England?: Puppy HOUSE TRAINING is preferred in England whereas HOUSE BREAKING is used more often on this side of the Atlantic. Fun clue, Kevin! 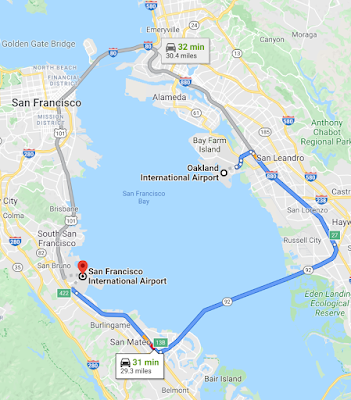 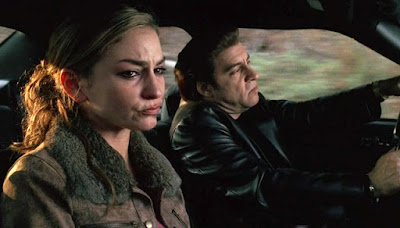 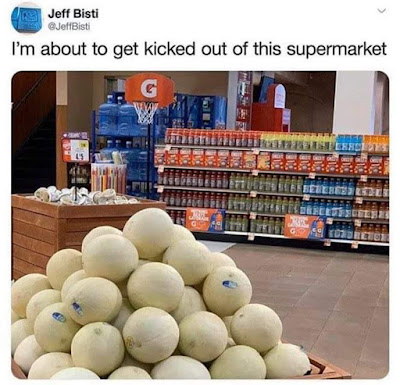 58. Spam-revealing aid?: CAN OPENER - Here you can see the key that served as the can opener for the metal strip around the can of Spam for K-Rations in WWII 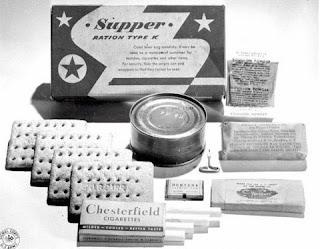 60. Hitchcock menace: BIRDS - One reviewer said it shows that nature can dominate man despite all his technology. Sound familiar?

63. Proto-matter of the universe: YLEM - New to me. Definition, pronunciation and etymology

1. Indulges in to an extreme degree: OD'S ON - OverDoseS ON

2. Mardi Gras parade-organizing group: KREWE - The invitation to form the first KREWE - The Mystick KREWE of Comus in New Orleans 163 yrs ago 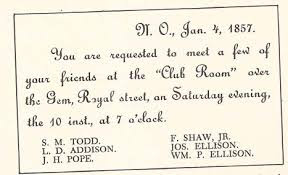 4. "Selma" director DuVernay: AVA - Has the crossword torch been passed from AVA Gardner? 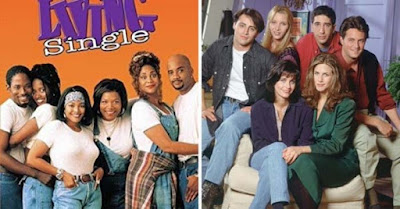 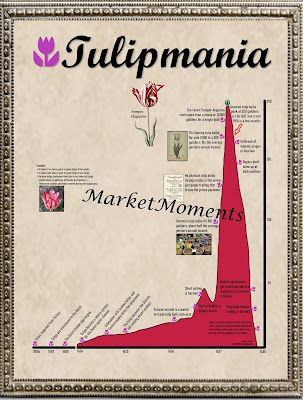 9. Puerto Rico hrs.: AST - Atlantic Standard Time. They welcome in the new year two hours before I do

12. What's just not done, to some diners?: RARE MEAT - RARE MEAT would mean "not done" to me. You? Loved the clue, uh, eventually. 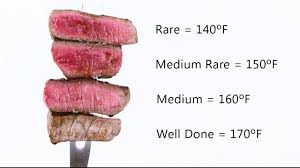 21. '50s-'60s TV family: NELSON'S - My daughter's former mother-in-law calls us Ozzie and Harriet because her family was/is so dysfunctional 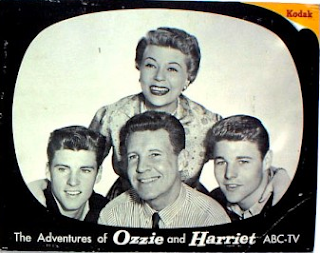 24. Pentathlon equipment: EPEES - I leave it to you to ascertain the five events where athletes have 29. Strove to achieve: SHOT FOR the gold medal 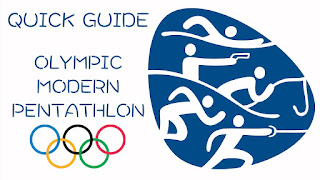 30. Matador's art: TAUROMACHY - Kevin told me, "Hah, it happened to be in my word list because it was once used back in 1996. Definitely a unique word but glad that it's somewhat inferable with the Greek roots." 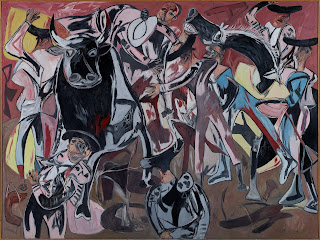 34. "Nebraska" Best Actor nominee: BRUCE DERN - A bittersweet movie where I saw a lot of characters I recognized.

37. Music service pioneer that merged with Slacker in 2017: AOL RADIO Here 'ya go 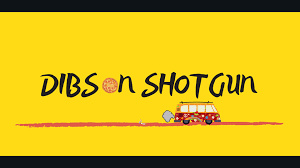 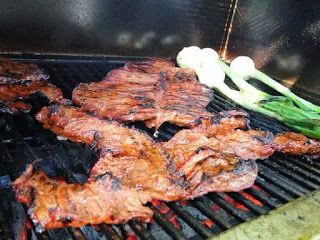 45. Outlook alternative: GMAIL - Write to me at gschlapfer@gmail.com if you want to add to/subtract from our map

52. Penultimate prefix: ANTE - The ANTEchamber before you enter Tut's tomb 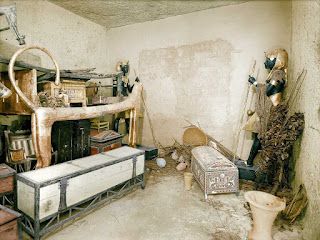 Kevin emailed me this great link about the Chicago Tribune review of Alex Trebek's new book The Answer Is...

I found the article to be a fascinating story about a man whose show is mentioned often here. The book includes info on his health issues and repeats the fact that he attempts the LA Times Crossword everyday.


I'll take Comments For Kevin for $800 Alex!
Back to Feed
Use left/right arrows to navigate the slideshow or swipe left/right if using a mobile device