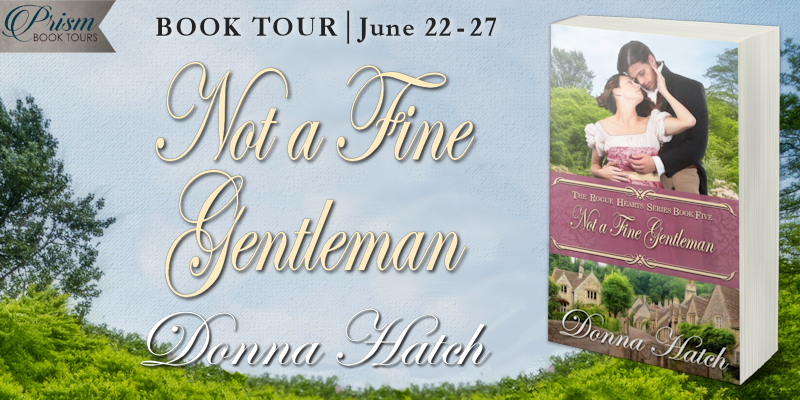 On Tour with Prism Book Tours
We hope you enjoyed the tour! If you missed any of the stops
you'll find snippets, as well as the link to each full post, below:
Launch - Note from the Author
. . . This romantic story of loss and betrayal, forgiveness and redemption, will leave you laughing, crying, and swooning. Sprinkled liberally with suspense, mystery, and heart-melting kisses, this is not your ordinary historical tale. Fans of Victorian and Regency Eras as well as those seeking clean and wholesome romance with plenty of chemistry will love this story!
—Donna
Beauty in the Binding - Excerpt
Margaret had no one to blame for her current misery but herself. She’d been so blinded by the opportunity for an advantageous match, and so proud she’d garnered the attention of a handsome, charming marquis, that she’d failed to notice his legion character flaws until too late. Now, sixteen years into her marriage, she had few options but to keep a brave face and pretend her heart hadn’t been broken a hundred times over.
Reading Is My SuperPower - Review
"A plucky heroine with more strength than she’s given credit for & a swoony hero with more class than he’s given credit for. Intrigue. Suspense. Romance. A well-constructed plot. Charming writing style. What more could you ask for? Even though it’s been a while since the previous Rogue Hearts book released, Hatch hasn’t lost her touch with this series or characters in the least. Her writing voice achieves a delightful balance of tender affection, dry wit, and intense feelings that proves ‘clean fiction’ doesn’t have to be boring or staid at all! Regency intrigue fans, don’t miss this series!"
Hallie Reads - Excerpt
Under his voice, Jackson said, “Best not to let them know who you are. Follow my lead.”

Before Margaret could reply, the justice of the peace called to Jackson.

Jackson stood and replied to the JP, “Of course. But as you can see, my wife has sustained some injuries and I’d like to get her to the nearest inn where she may rest.”
Remembrancy - Review
"With a heroine whose dons a façade of strength to hide her vulnerability, a hero who admires said strength but tries not to become enamored by her, and plenty of chemistry between them, [Not a] Fine Gentleman is a diverting romp."
Heidi Reads... - Excerpt
His question thinned whatever spell he’d wrapped around her. “Don’t you dare. As I said, I’m fully capable of warding off unwanted advances.”

“How are you at warding off wanted advances?” As his lips moved the words, they fed her craving for his kiss.

She turned her head away. “I wouldn’t know.”

He chuckled again, the lout. Oh, this would be a very long journey!
Hearts & Scribbles - Excerpt
He had no pretenses. He wore his honor like a badge, or sometimes like a shield. His confidence rivaled that of any member of the haut ton, emanating from him naturally. Most men drew their confidence from their self-importance. Connor’s confidence came from a deeper source—the knowledge of his value as a human being and his ability to contribute to society. He did the right things for the right reasons. A man of integrity. Men like that were rare.

Did it really matter to Connor that they came from different worlds or did he resist because he assumed it mattered to her? Or was there another reason?
Bookworm Lisa - Review
"This story contains romance, social intrigue, mystery, and suspense. This is the fifth book in a series but can be read as a stand-alone. There are references to the other stories, but I followed along well. I really enjoyed this book."
E-Romance News - Excerpt
Glaring at him, Lady Margaret pushed again at her hair hanging around her in such a mess that her lady’s maid would probably weep. In an imperious tone, she demanded, “You didn’t sleep in this room with me, did you?”

“Of course I did,” Connor drawled. “I couldn’t risk you slipping away in the middle of the night, now could I?”
Katie's Clean Book Collection - Review
"I felt like I was in the game of Clue at times, although we know where and with what weapon the murder took place. I loved the cat-and-mouse mystery and watching the puzzle pieces slip into place, and I thought this element was well done.

This is a story for lovers of intrigue and romance to settle in with, with its thrilling plot and enchanting characters."
Splashes of Joy - Excerpt
Connor Jackson sat across the desk from Richard Birnie and gaped at the magistrate who commanded the Bow Street Constables. “You want me to hunt down Grant Amesbury’s sister? He’ll kill me.”

Truth be told, Connor wouldn’t cross any of the Amesbury men. Angering all four would be an act of suicide.

Not to mention, Grant had saved Connor’s life in battle and had treated him like an equal, a friend, all the years they’d known each other. Could he really arrest the sister of a friend?
Musings of a Sassy Bookish Mama - Review
"I must say I do enjoy a good Regency/Victorian era type story and this one did not dissappoint! I was thoroughly engaged from the first page. . . . If you like this genre then I definitely recommend this book. I suggest starting from the beginning too if you want to know the story between this whole family."
Becky on Books - Excerpt
“She didn’t kill him.” Amesbury’s vehemence set his features into one belonging to a formidable foe, should they ever find themselves on opposing sides—which they might if Connor found evidence that Lady Hennessy was guilty.

After fixing her face in his memory, Connor handed back the miniature.

Amesbury gestured. “Keep it if it will help you find her.”

Tucking the miniature safely into a pocket, Connor vowed, “I’ll find her and deliver her safely to you.”
Don't forget to enter the giveaway at the end of this post... 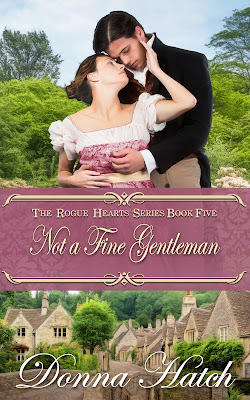 Lady Margaret secretly yearns for love, but fate has exchanged wedded bliss for a lie. When she is caught hovering over her cheating husband’s dead body, she is instantly doomed to hang for his murder. Without hope for justice, Margaret flees into the night alone.
A cynical Bow Street Constable, Connor Jackson, vows to bring the fugitive Lady Margaret to face the law—but, he doesn’t expect sparks to fly between them. Could the strong yet tender lady truly be a killer?
As more suspects—and even more condemning evidence—surface, the less certain Connor is of his duty. He must choose between his growing feelings for Lady Margaret and the demands of justice. Will the truth tear them apart or set them free to find love?

(Affiliate link included.)
Goodreads | Amazon
Other Books in the Series

(Linked to an Amazon affiliate link.)
About the Author 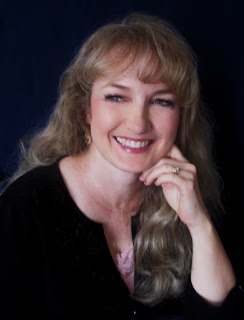 Multi-award-winning author of more than twenty best-selling Regency Historical Romances, Donna Hatch is a hopeful romantic and an adventurer at heart. Each book she writes is filled with wit and heart and plenty of swoon-worthy romance. Donna sings, plays the harp, and loves to ballroom dance. Her family, including six children and two cats, recently left their native Arizona for the Pacific coast of the US. No matter where they live, she and her husband of over twenty years are proof that there truly is a happily ever after.
Website | Blog | Goodreads | Amazon | Facebook | Twitter | Instagram 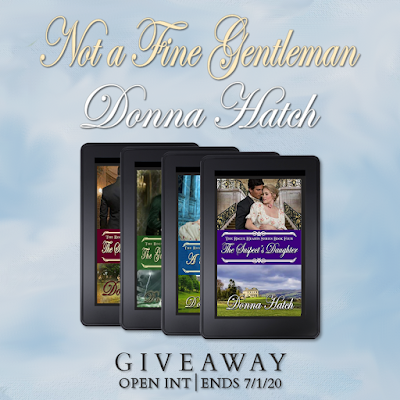