Kapital Koopas: Games for Kids, or the Inner Child That Never Ages Press F to pay respects to all the fallen goombas. It's time for a deep dive into China's gaming culture in our column, Kapital Koopas.

International Children’s Day may have passed, but when it comes to the wonderful world of games, every day is Children's Day! However, with so many games available on the market, parents need to be careful when choosing those titles that are suitable for their lovable little monsters. And believe me, there are plenty of games that aren't simply entertaining, but can actually serve as a secret educational tool (we won't tell if you don't), all while becoming cherished memories.

Labo is a series of toys developed by Nintendo that combines model-building and gaming, allowing players to make physical cardboard game accessories such as fishing rods, pianos, various parts of a vehicle, a camera, and more. Simply put, these games go beyond the monotony of traditional click-and-tap.

The newest title for the developing studio behind it is Game Builder Garage, which will be released on Jun 11. The game has that same creativity and DIY spirit Labo is known for, it turned the obscure and abstract "logical mapping process" that underpins the game development process into simple, visualized, highly interactive challenges that will easily get you hooked. The players will start with creating basic elements in the game but also get to experience developing various more complicated projects throughout the gameplay. Who knows, maybe after spending a bit of time with Game Builder Garage, your kid will become the next visionary designer at Nintendo!

Whether the kitchen is in a 3-star Michelin restaurant or your home, cooking is an activity that encourages teamwork. However, without proper foresight and planning, the kitchen risks devolving into a chaotic, scorched mess. And it's from this simple premise that Overcooked takes its theme, placing the importance of collaboration front and center in an amusing way. In story mode, gamers furiously fulfill orders from a rotating cast of gluttonous diners. Different types of dishes require different preparation, making for a truly hectic experience. What's more, there's no rhyme or reason to the design of the kitchen as cooking stations rotate without warning, tiles in the ground disappear leaving gaping holes, and even a few supernatural spirits haunt the place, turning the game into a kitchen simulator that's full of surprises. On the educational front, it teaches kids about teamwork, effective prioritizing, and not only tolerating the mistakes of others, but working together to successfully move past them.

Over the past few decades, technology has evolved at a pace well beyond what any of us could've imagined. Still, a well-designed children’s illustration book has a certain timeless magic, capable of luring even the most energetic of kids into a soundless slumber. Child of Light – developed by Ubisoft, a studio that's known for hyperrealistic 3D rendering – takes its cue from these classic books as well as the famous Japanese animation studio, Ghibli. Aurora, the game's protagonist, is the princess of Austria. On the night of her father and step-mother's wedding, Aurora falls into a deep coma, only to awake in the whimsical world of Lumeria. From there, she sets out on a fantastical odyssey to retrieve the sun, the moon, and the stars that were stolen by the Queen of the Night, and to find her way home. 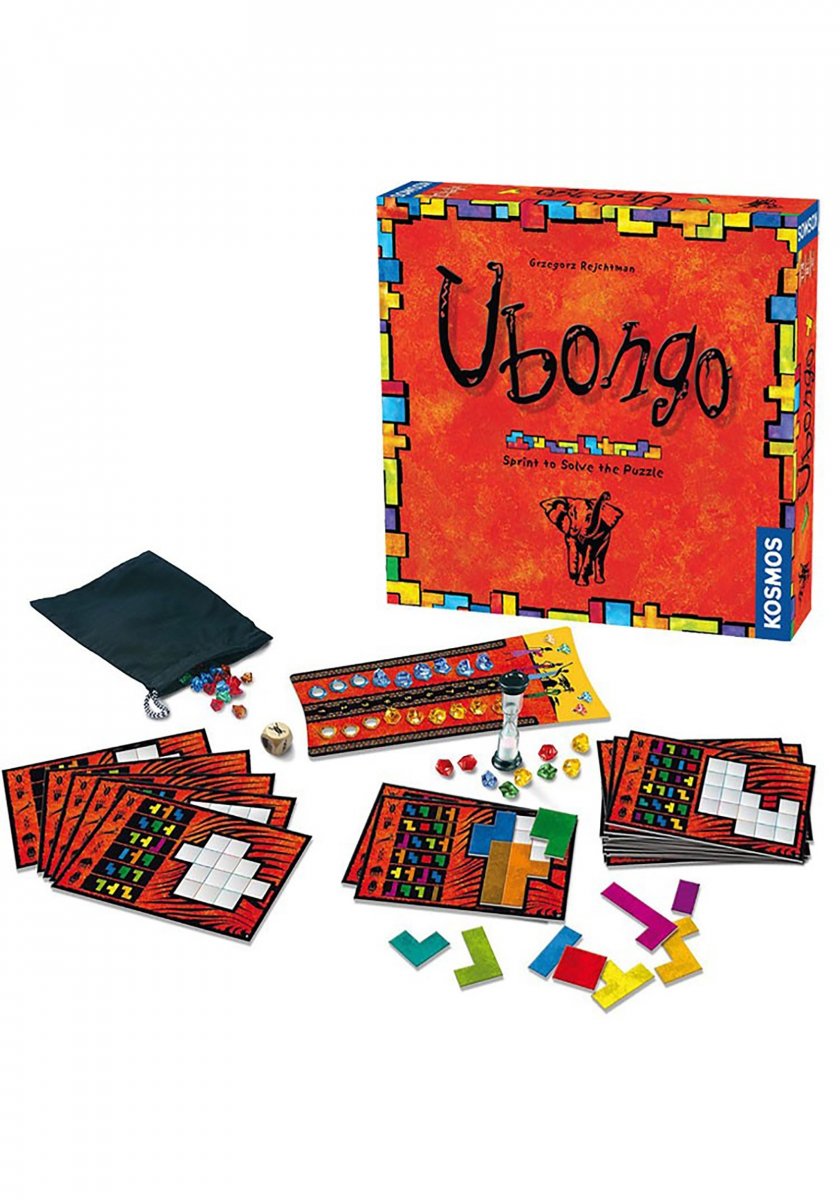 A classic puzzle board game that was created by Swedish designer Grzegorz Rejchtman, Ubongo is a wonderful way to improve geometric thinking and pattern recognition. As sand quickly descends in the hourglass, gamers compete to build puzzles using pieces assigned by the roll of a dice. The faster you finish and shout “Ubongo,” the more prizes you get, and the player with the most gems by the end wins! Not all board games are about math. In fact, the French game Dix It is perfect for anyone who's decidedly math-averse. Players start with six cards in their hand, which they have to describe using keywords or sounds. The first player to correctly identify the card becomes the "host," and chooses a card from their own hand, which they tell the other players. At this point, the other players need to find a card in their deck that has a connection to the word or sound, which they hand to the host facedown. All of those cards are then shuffled and turned over. The players then bet on which card was played by the host based on their understanding of the connection between the word and the illustration on the card. Simply put, it's a game that enhances cognitive reasoning and logical explanations. Summer break might just be the most important phrase in a child's vocabulary, and even adults may indulge in the fragments of the gradually fading memories to reminiscence those carefree years. Enter Natsumemo, a game created by a Japanese designer that aims to recreate all the joy of summer vacation, in the form of a tabletop game. Players get to arrange all sorts of activities such as camping, sleepovers, visiting their grandparents, going to the amusement park, and basically living their best summer self. But don’t forget that you still have to manage your time well, and finish all of your summer homework on time. Study hard, play hard! It is a game that more suitable for kids in the higher grade of primary school or middle school since it requires more strategic thinking. And it is also a good chance for the parents to share the stories from their childhood's summer with their kids while playing this game.

Provided:
Paid:
Back to Feed
Use left/right arrows to navigate the slideshow or swipe left/right if using a mobile device