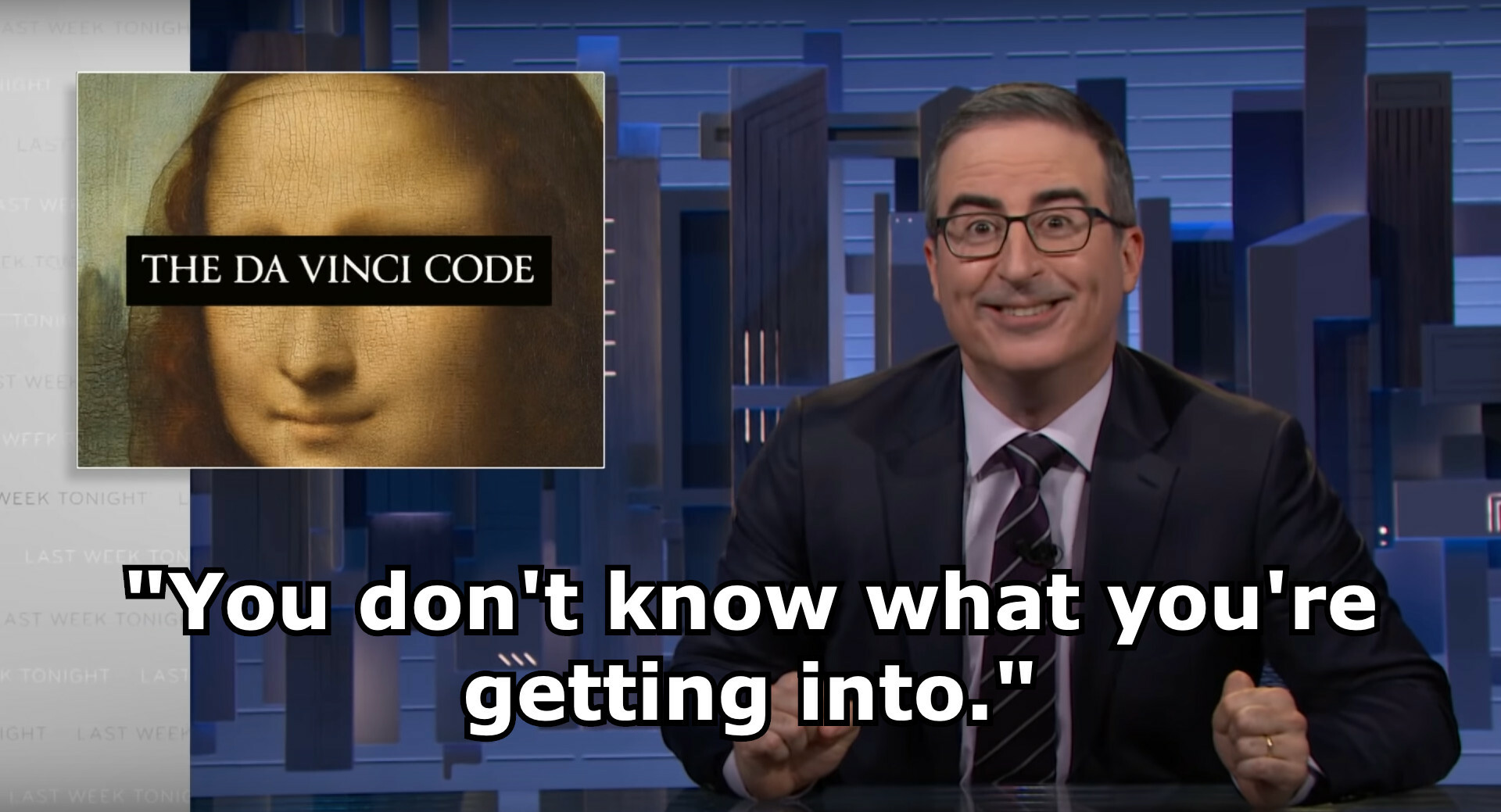 Last Week Tonight is currently on hiatus, but that hasn't stopped host John Oliver from taking to YouTube to explain his passions. On today's agenda: his vehement disdain for 2003 novel (and subsequent 2006 film) The Da Vinci Code.

"No-one should need Robert Langdon, a Harvard-educated puzzle solver who fucks, to get to the bottom of this," Oliver said of the titular code. "A child could solve that puzzle!"

To be fair, he isn't wrong. Quickly recounting The Da Vinci Code's plot, Oliver indulged in almost nine minutes of aggravated ranting about the insultingly simple riddle at the centre of the bestselling book, griping at its overwhelming success. It's been almost two decades since The Da Vinci Code became an international phenomenon, but apparently Oliver's irritation burns eternal.

"Now, what was my point here?" said Oliver. "Am I trying to suggest that our brief but intense obsession with The Da Vinci Code was a metaphor, and something indicative of our dangerous propensity for getting swept up by comfortingly simple ideas lulling us into a sort of group think? No, not really. I just think this book is fucking bad."