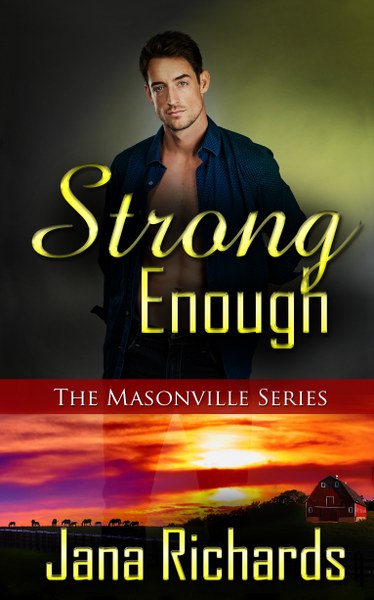 Love can make you stronger, if you let it.

Charlotte Saunders has a full life—a rewarding career as a nurse, meaningful volunteer work at a dog shelter, and family, friends and pets she adores. But no matter how hard she tries, she can’t forget the horrible event that’s haunted her for ten years.

A survivor of childhood sexual abuse, Damon Greyson now helps others who have suffered trauma. His experience and intuition alert him to trouble in Charlotte’s past, and he wants to help her, if only she’d let him.

As they work together to help veterans suffering from PTSD and neglected dogs needing loving homes, their feelings for each other deepen. But when the trauma from Charlotte’s past roars back to life, both are forced to confront their painful histories—or die trying.

from STRONG ENOUGH
He slowly lowered his head, his breath mingling with hers. But he held back, as if waiting for her permission.
Charlotte’s lips were mere inches from his. Her senses filled with him, with his scent, with the look in his eyes, and the sound of his ragged breathing. She trembled, but she wasn’t sure if it was with excitement or fear. Perhaps it was both.
All she knew was right now she wanted to kiss Damon Greyson more than she’d wanted her next breath. She stretched up on her tiptoes and touched her lips to his.
Damon’s arms came around her and crushed her against his broad chest. Somehow her arms wound themselves around his neck and hung on tight. Every part of his body seemed to fit perfectly with hers, as if they were puzzle pieces made only for each other.
And his mouth. Oh, his clever, wonderful mouth. His kiss was demanding, and yet so utterly tender it made her want to weep. It had been a long time since she’d been kissed like this.
No, she corrected. I’ve never been kissed like this.

Single dad Ben Greyson wants only to retain custody of his two stepdaughters. A dysfunctional childhood has made family the most important thing in his life. When his late wife's parents sue for custody, a desperate Ben is left with two choices – run away with his girls or marry his next-door neighbor.
Jamie Garven wants to be a mother. She's intrigued by her handsome new neighbor and falls in love with his little girls. Then Ben is faced with losing his children, and Jamie agrees to marry him for a chance at motherhood. They're determined to show the world, and the girls' grandparents, two loving parents.
Their marriage of convenience turns into unexpected love. But Ben interprets Jamie's efforts to save their family as betrayal—they could lose everything, including each other. 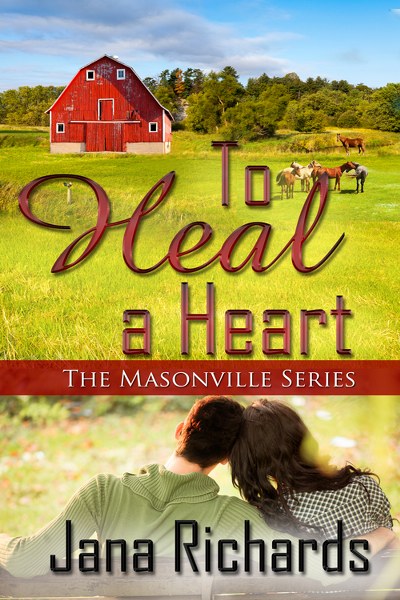 To Heal a Heart

Two souls in pain, two hearts in need of rescue.

Garrett Saunders' world changed two years ago on a road in Afghanistan. Back home, he feels like a stranger. As he struggles to find his place in the world, he meets a horse destined for the slaughterhouse and a woman bent on rescuing the strays of the world, including him.

Blair Greyson moves to Masonville to look after her ailing grandfather and give her rescue horses a home. Right away she butts heads with a surly former Marine. Despite a rocky start, they come to an agreement: Blair will board Garrett's rescue horse and he'll help with repairs around her farm.

Garrett finds purpose working with Blair—and falls in love with her. But she's hiding a secret. Can she forgive herself and accept Garrett's love, or will she let guilt and regret continue to rule her life?

from TO HEAL A HEART
He pushed himself to his feet, disconcerted by his unsteadiness. He made a few halting steps toward the gate as Blair ran into the yard.
“I forgot my sweater,” she said, grabbing the garment from the back of a chair and slipping it on. “It’s cooler than I thought. Are you sure you don’t want to watch the fireworks with us?”
“No, I—”
His words were cut off by a loud explosion, and his only thought was that he had to protect Blair. He grabbed her and threw her to the ground, covering her body with his. He was under attack. Why was Blair in Afghanistan? How could he keep her safe?
Through the chaos and noise he heard her muffled voice beneath him. “Garrett, you’re crushing me.”
He shifted his weight slightly. “Shh. I’m sorry. You have to stay down and quiet. I can’t let them hurt you.”
She stopped struggling. “Who’s going to hurt me?”
“Can’t you hear the mortar fire? I have to protect you.”
Her hand rubbed his back in gentle circles. “It’s all right, Garrett. It’s only fireworks. It can’t hurt us. We’re safe here.”
He lifted his head and looked around. He was in Cole and Lauren’s back yard in Masonville. There were no bombs, no shelling, no Taliban. He looked down into Blair’s face, into the pity in her eyes. He rolled off her, disgusted with himself.
Disgusted and scared. He was losing his mind. 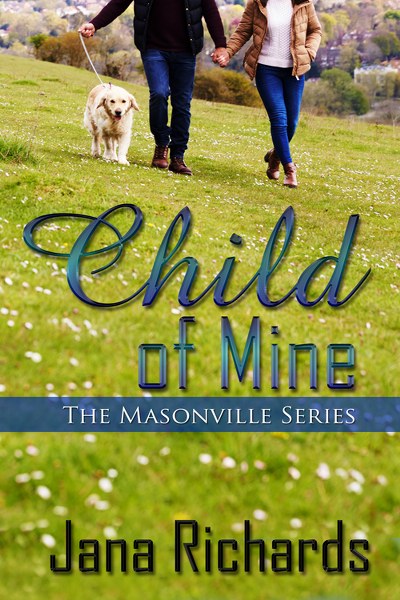 Is Lauren’s love for Cole stronger than her fear of scandal in her hometown?

Lauren didn't intend to sleep with her brother-in-law Cole on the day of her husband's funeral. But now that she is pregnant, she's not sorry. Cole's given her a baby, a long-wished-for miracle. He's been her friend forever, though she never told him or anyone else how unhappy her marriage to his cheating brother was. And she's afraid to tell the small town that considered her husband a hero that the baby isn't his.

Cole's been in love with Lauren since he was sixteen. It kills him that everyone believes the baby is his dead brother's. All he wants is to claim the baby, and Lauren, as his own. Though she marries him, will Lauren's heart ever be his?

Lauren must tell the truth or risk losing Cole. Is her newly-discovered love for him greater than her fear of scandal in her hometown? 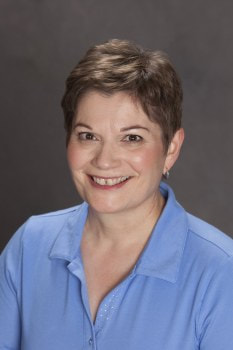 When Jana Richards read her first romance novel, she immediately knew two things: she had to commit the stories running through her head to paper, and they had to end with a happily ever after. She also knew she’d found what she was meant to do. Since then she’s never met a romance genre she didn’t like. She writes contemporary romance, romantic suspense, and historical romance set in World War Two, in lengths ranging from short story to full length novel. Just for fun, she throws in generous helpings of humor, and the occasional dash of the paranormal. Her paranormal romantic suspense “Seeing Things” was a 2008 EPPIE finalist.

In her life away from writing, Jana is an accountant/admin assistant, a mother to two grown daughters, and a wife to her husband Warren. She enjoys golf, yoga, movies, concerts, travel and reading, not necessarily in that order. She and her husband live in Winnipeg, Canada. She loves to hear from readers and can be reached through her website at www.janarichards.com