It Is Not You, but Existence Itself, That Is Fundamentally Unsound 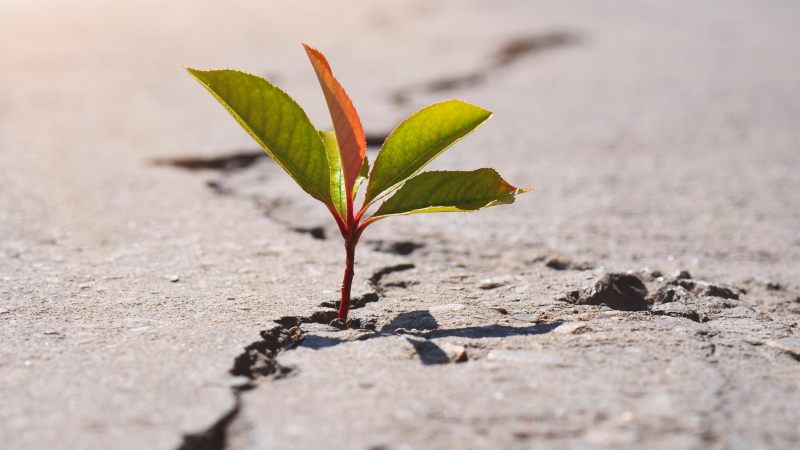 There is a common misconception that scuba divers inflate and deflate some sort of attached air sack to move up and down. In reality, you control your buoyancy by breathing in and out. You train in a pool before you jump into the ocean. Exhale, and you sink. Inhale, and you rise. Rise too fast, and your lungs explode.

This training proved useful when I decided I didn’t want to die in Vietnam. My possible death there had nothing to do with the war, or the landmines that still remain, or the locals who are friendly to outsiders. No – you will not die from the land or the people. Instead, you might die from dehydration. You eat something on a weak stomach, you run out of water bottles, or you get heatstroke from the oppressive tropical sun.

You do these things and begin an unpleasant circuit of vomiting and shitting. At this point, your brain is gone – your entire existence is reduced to your tubes: one tube in, one tube out, with flesh on all sides. If you are far from an IV set, your recently expelled water supply cannot be renewed. Keep this up for long enough, and your blood pressure drops too. Hypovolemia is the word: too little volume of blood. Then your organs fail. I read this in the cab to see the desiccated corpse of Ho Chi Minh in Hanoi, and then the next day I felt the words manifest into reality.

It was an experience sufficiently risky that I do not wish it upon anyone. But it was character-building – and in my delirious state I reached some insights about the flaws with which Americans like me approach mental health.

A popular framing of mental health divides people into two categories: you are either sane or insane. Let’s call this the split-group framing. If you are sane, you stay away from therapists. You stay away from hospitals, away from meditation retreats, away from psychics and health gurus. These are not for you – and if you venture into this territory, then at best you are mentally ill, and at worst you are somehow an inferior, weaker sort of person.

There is another framing that challenges this: therapy and mental health treatments are not just for the insane – they are for everybody. Let’s call this the everyman framing. This idea has been gaining traction in the zeitgeist of the past few years. Everybody has problems, and everybody can benefit from talking to somebody. Everybody can improve their communication skills, become more resilient, and level up their mental game.

Neither of these paradigms is completely correct. The first is wrong because the symptoms of mental illness do not fall into a dichotomy. Many diagnoses in the DSM-5 can be described on a spectrum of severity, a person can have more than one diagnosis, and the parameters for each diagnosis itself undergo debate by psychologists. The second paradigm is an improvement in that it tries to eliminate the stigma around mental health treatment, but it is still a limited framework. Instead of splitting the nuance into a ‘sane’ versus ‘insane’ dichotomy, it flattens it into ‘everybody is slightly off’.

But these distortions are minor compared with the much larger piece of the puzzle that is not just wrong in both paradigms but missing entirely. And this is the fact that most mental health care does not take place in the psychologist’s office at all – but in the way we live our lives.

A 21st-century framing of mental health care needs to take into account what we do and think about all day. I propose the seesaw framing. Most things that people do are either for survival, or else to balance out a discomfort in their brain, their soul or the Universe. Future psychological investigations need to examine the nondestructive, extreme behaviours that people willingly participate in, and the discomfort they are trying to alleviate by doing so. What compels an athlete to train for six hours each day? To sit still at school for eight hours each day? These seemingly ‘normal’ activities, when you break them down, are extremely strenuous.

It turns out that walking outside for hours under direct sun is also surprisingly strenuous. I was at a restaurant with two Americans and a local Vietnamese woman named Anh when my body decided that that sunshine was not something it desired anymore. My muscles were shaking. This was the beginning of heatstroke, whereupon a person can be incapacitated by heat alone. My companions poured ice water onto me, which to the onlookers must have seemed strange, but they seemed not to mind due to the ever-increasing number of drinks we were buying. Half an hour later, we were back in my hotel, where I vomited in the shower.

It was when my stomach expelled the microscopic sip of water I’d tried to drink that the fog in my brain and the pain in my guts clarified into an ironic smile. This, I remember thinking, is how you die of dehydration. It was a moment of intellectual satisfaction – that the internet matched reality. And there is an honesty to dying from your own vomit. Forget any elegance – forget the romanticism. An outward manifestation of inward collapse. But this was not the way I wanted to die.

I didn’t learn to do this through my attempts at meditation or in a classroom, but rather when I had no other choice. I learned to breathe when I tried diving – because the alternative was to drown. It worked, and after a rather delicate 10 hours, I lived to die another day.

Breathe in. Breathe out. Meditation, mental health, virtue, psychology. We have different names for all these things, from clinical terms and new-age buzzwords to Platonic ideals and Jungian archetypes. ‘Generally keeping our wits about us’ – we discuss all this as self-improvement. Something we do on the side. Something extra on top of our normal existence.

But what is normal existence? What do we spend all day doing, anyway? On average, Americans spend most of their day looking intensely at lamps. Lounging on the couch, arms and legs bent at obtuse angles, eyes examining the lamp before them, kept inside a metal cage, without even a lampshade to filter the light.

This is the average American, but it sounds more like a crazy person. By ‘lamps’, I mean our phones, our televisions and our computers – which can be defamiliarised as some of the most precise lighting equipment ever invented.

What don’t we do all day? We don’t practise conserving energy. We don’t practise breathing. We don’t pay attention to how our bodies feel. There are words for these things – meditation and yoga – profoundly universal human practices seen as reserved for people in Asia, or else for rich urbanites seeking new-age health fads.

We put aside the most important aspects of our existence in a box, to think about in our sporadic free moments. We impose order and reason on to the world – and anything uncontained by this reason we pass off to a different domain. But the entire struggle of our lives is to create sanity in a fundamentally insane predicament. Look at the crazy things we do on a daily basis. I flew across the world in a burning metal tube to see a woman called Anh. Others dive down into the ocean like a sea turtle – like an organism ungrateful for its evolution onto land. All these things we call sane – except they are not. All of the crazy things we do outside the psychologist’s office that cannot be labelled – that cannot be found in any book – these are the things we do to deal with the Universe. And it is here – in this seeming insanity that psychologists might find the answers they’re looking for. Not psychology as a way to live better. But as a way to live.

This article was originally published at Aeon and has been republished under Creative Commons.

If you believe in the work we are doing here at The Good Men Project and want to join our calls on a regular basis, please join us as a Premium Member, today.

Talk to you soon.

The post It Is Not You, but Existence Itself, That Is Fundamentally Unsound appeared first on The Good Men Project.