Indie Watch: Smaller Games Worth Keeping An Eye On 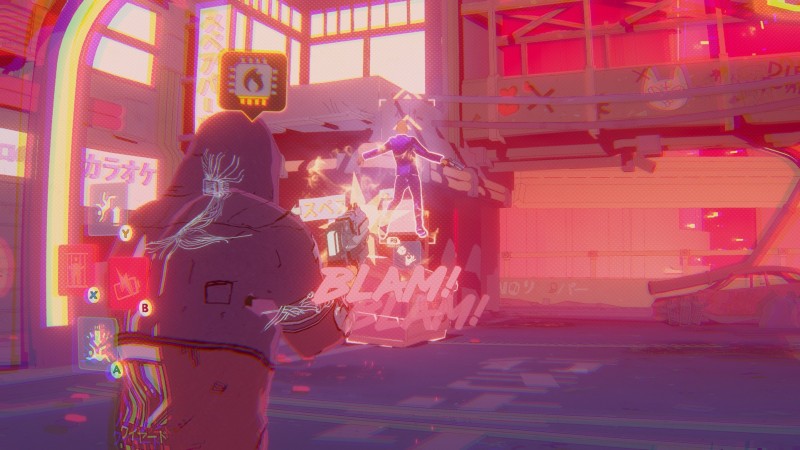 We're firmly in the half of 2021 and inching ever closer to the holiday rush of big-time triple-A releases. While we’re excited to play the next Halo, Metroid, and Forza, it’s always worth keeping in mind the slate of promising indies releasing alongside the big guns. That's why we put together a list of smaller titles that we can’t wait to play, several of which we haven't spotlighted until now. These games are arranged in chronological release order, and a few are just around the corner. If you're itching to play something off the beaten path, hopefully you can find something here that perks your ears.

Are boss battles your favorite part of a Souls-like game? Eldest Souls may be right up your alley. This challenging title is a 16-bit boss rush that pits you against beings known as the Old Gods. Cutting down these intimidating adversaries with your oversized sword rewards abilities unlocked from an extensive skill tree. Despite emphasizing large-scale battles, you’ll also interact with NPC’s and complete sidequests. If you find your interest piqued, you won’t have to wait long to find out how Eldest Souls shapes up. It launches this week, July 29.

Law requires that every indie list needs at least one Metroidvania, and Grime fills that quota. Besides its maze-like level design, the upcoming game also bleeds Dark Souls in all the ways you'd expect but with one big twist: your character’s head is an all-consuming black hole. By parrying incoming attacks, you can absorb enemies instead of cutting them down the old fashioned way (which you can also do). Suck up enough members of a certain enemy type, and you can adopt their traits to permanently augment your abilities. This adds a fun wrinkle to the well-worn dance of attack/parry/dodge. Grime’s surreal world and unique progression helps it stand out in a crowded pack of similarly styled games. Check out its free Steam demo to see if it’s up your alley.

Cyberpunk! Sure, you might say the style has been done a lot recently but you should still keep an eye on Forcelosed. The game blends a stylish comic book-style presentation and a heavy focus on narrative with explosive action. You control Evan Kapnos who has had his identity “foreclosed”. That means he’s lost his job, his brain implants, and he’s cut off from his own city. Even worse, Evan must now escape before his identity and body is auctioned off. You’re armed with a symbiotic pistol that can be customized in a variety of ways (like firing explosive or stealth bullets) as well as special powers like telekinesis. You can also hack into electronics; this is a cyberpunk game after all. Who foreclosed Evan’s identity? That’s up to you to uncover.

Procedurally generated levels in games are nothing new but what about a procedurally generated story? That’s a feat that Road 96 will attempt to pull off. Set in a fictional country ruled by an authoritative regime, you’ll flee your home by hitchhiking to the border. The people you meet, how you interact with them, and the skills you learn all promise to constantly reshape the narrative in a more organic fashion than traditional choice-driven stories. With storytelling inspired by the works of Quentin Tarantino and the Coen Brothers, Road 96 is making a lot of big promises so here’s hoping it will stick the landing when it launches next month.

Throw on your best oversized flannel shirt and relive the totally rad ‘90s in The Big Con, a comical puzzle adventure game about life as a teenage con artist. Your mother’s video store is in jeopardy of being absorbed by loan sharks. Saving the store calls on you to lie, cheat, and steal your way across a cross-country road trip. Pickpocket strangers, don disguises, spy on folks, and pull whatever dirty trick necessary to raise enough money to keep your mom’s business afloat. The Big Con is billed as the ultimate ‘90s time machine but even those with no nostalgia for the decade may find entertainment in its quirky humor and silly puzzle-solving.

It’s 1986 and big city girl Meredith Weiss returns to her small hometown of Providence Oaks to deliver mail in place of her father for two weeks. By bringing parcels to the lake town’s colorful residents such as an old cat lady or snarky video store owner, you’ll reconnect with your humble roots. Some may find Lake’s laid-back tone and pacing boring, and that’s okay. We think there’s something utterly relaxing about the idea of driving a mail truck down scenic roads and dropping off letters. Plus, conversing with residents presents narrative choices that can branch the story in different ways. Who knows? During your stay you might find love or rekindle long-dormant friendships. Or you could accidentally send your truck into the game's titular lake. That's something you can do as well.

2016’s Aragami was a neat action stealth title in the vein of the Tenchu series with a cool hook in manipulating shadows to sneak around and eliminate targets. You’ll still have command over the darkness in Aragami 2, but the sequel ups the ante by pairing you with up to two friends in three-player online co-op. Having the option to tackle the story alone or in a group sounds awesome, as does the myriad of traditional and supernatural ninja tools at your disposal. Kunai, smoke bombs, teleportation, and invisibility are some of the slick abilities you and your friends have at your fingertips. Like a skilled ninja hiding amongst the reeds, Aragami 2 has all the makings of being a sneaky hit.

Dordogne is one looker of a narrative adventure game thanks to its gorgeous art direction. Seriously, it looks like an interactive indie animated film. In terms of gameplay, it’s a point-and-click style puzzle game centering around Mimi, a woman exploring the home of her grandmother who recently passed away. You then travel back in time to play as a 10-year old version of Mimi to relive summers spent in this French countryside. As child Mimi, you’ll solve puzzles and collect keepsakes such as photos, all of which affect the present. Dordogne is overflowing with charm to the point that you probably need a soul transplant if you aren't smiling at it. We are looking forward to seeing more of it when it launches later this year.

Eastward is set in a beautiful pixel art world on the brink of collapse. As dual protagonists John and Sam, you’ll embark on a journey to different cities, encountering the quirky remnants of humanity all while confronting dangerous creatures with your trusty...frying pan? Eastward’s gameplay is an action-adventure RPG with Zelda trappings where players use both characters in tandem to explore dungeons and overcome obstacles. The art direction, inspired by ‘90s Japanese animation, looks fantastic thanks to a 3D lighting system that makes the retro-style visuals pop even more. Eastward is tentatively scheduled to release sometime this year for PC and we’re desperately hoping it gets a firm launch date soon.

No Place for Bravery

An old, retired warrior named Thorn is on a brutal quest to find his long-lost daughter. Locating her whereabouts calls on you to battle across a war-torn world in the style of a 2D dungeon crawler. Developer Glitch Factory name drops Sekiro: Shadows Die Twice in describing No Place for Bravery’s parry-focused combat design; expect to face challenging foes that will probably humble you more often than not. When you aren’t surviving by the skin of your teeth you’ll be faced with making equally demanding moral choices in a narrative inspired by the developers’ own personal history. Namely in the role parents play in shaping the world for their children.

Nobody Saves the World

The shapeshifting dungeon crawler comes from Drinkbox Studios, the makers of Guacamelee and Severed. As Nobody, you have no form, color, or clothing for that matter. That is, until you find a magic wand that allows you to transform into different identities such as a magician, a vampire, and a horse. You know, everyday stuff. Nobody Saves the World is a top-down, procedurally generated dungeon crawler packed with color, personality, and variety as you mix and match forms to defeat enemies and solve puzzles. You can watch us take it for a spin in this episode of New Gameplay Today.

This surreal RPG centers on a comatose woman named Thalia who must battle her own nightmares in order to reawaken. The presentation and turn-based battle system is reminiscent of classic JRPGs, Shin Megami Tensei in particular. Players can also bond with their party members to learn about their stories via a Connection system. She Dreams Elswhere’s themes surrounding mental health (such as anxiety) and self-identity make it one of the more mature titles on this list, and one we find ourselves drawn to the more we see it. If you’d like to try before you buy, you can download a demo on Steam and itch.io.

Do you enjoy 3D Zelda games? How about Studio Ghibli? If you answered “Yes” to both questions, Baldo: The Guardian Owls should be in your crosshairs. This impossible to overlook gem takes players across a vibrant, magical open-world where you’ll try to decipher an ancient prophecy. Along the way you’ll explore intricate dungeons and solve all manner of puzzles while also defending yourself against monsters with your trusty sword and shield. Baldo is exciting in its ambition and we hope it can pull off everything it’s going for. Though its release window is technically labeled as “TBA”, we’re pulling for it to arrive before the year ends. For a recent look at the game in action, IGN recently showed off 13 minutes of gameplay.

Is there any game on this list that piques your interest? What upcoming indie game should we keep tabs on? Let us know in the comments!