In Foundation, Jared Harris Plays The Key To Saving The Universe [Interview] 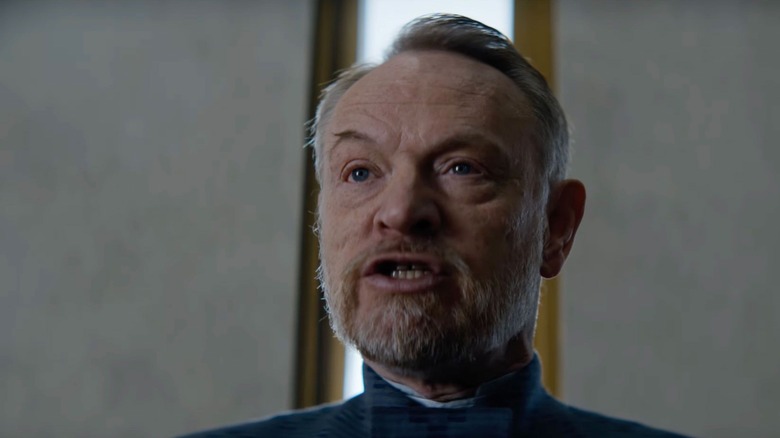 Jared Harris is making a habit of playing very smart men who anger the powerful. He received an Emmy nomination for his incredible work as a Soviet scientist who dares to speak the truth in HBO's "Chernobyl," and now, he's one of the leads in "Foundation," playing a mathematician who predicts the end of a galactic civilization ... but also the key to saving it.

That character is Hari Seldon, one of science fiction author Isaac Asimov's most famous creations, and also one who really doesn't have much to do in the first "Foundation" novel. So how does this new Apple TV+ series take a character who exists more as an idea, as a source from which to explore all kinds of heady concepts, and make him human? That was a task Harris confronted directly, as we discussed in an interview ahead of the show's premiere this week. 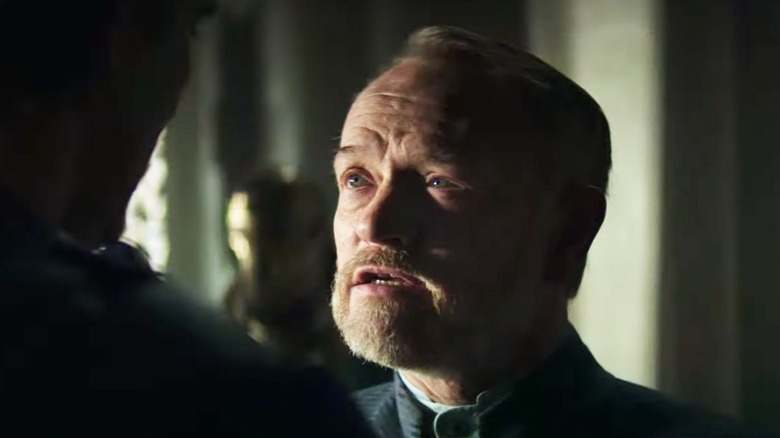 A joke I've always heard is that "Foundation" is the science fiction book people pretend to have read.

Exactly. I'm curious, what was you experience with Isaac Asimov and Foundation before you signed on for this?

I'm not going to pretend, I hadn't read it. Once we signed on, I read the stories in chronological order, not the order they were written in, so that I could bring myself up to speed at the point we were entering the story as a television show.

A lot of those later novels, the prequels, were written years, decades, after the original one.

Because in the original "Foundation" novel, Hari Seldon is more of an idea than a character. I think he's only in one scene of the original book?

No, he's in more than that, but not many. Yeah, you're right, not many. Yeah, I mean, that was obviously [showrunner David S. Goyer's] challenge, is how do I... He wants to create a core group of people who are going to carry you through the entirety of the story. And you're not wrong. I will say that in some sense, Hari Seldon was an idea, and my job was not to disregard that, but I have to make him a human being. You know, you have to make him somebody that people are curious about and interested in. Otherwise, he might as well be HAL [from "2001: A Space Odyssey"], you know?

And that was an ongoing conversation with David, to find a way to tell the story that needed to be told, but to do it in a way so that it came out of the desires and conflicts and needs of the characters and of who I was involved in with the scenes I was involved in. But I think we did a very effective job. I've seen most of it, and the thing that really has gripped me... Yeah, it's spectacular. It's epic in its ambition. But I'm deeply, deeply invested in the journeys of these characters. And there's no real... In a way, it's interesting, because there's no outright good guy. I mean, other than maybe Salvor, but no outright bad guy. David's narrative deeply invests in understanding the predicament of the Cleons, which is fascinating.

Yeah, it definitely was part of David's original DNA. And to me, that's what I find interesting. It's the ambiguity, because the ambiguity allows for you as an actor to explore areas, that if you are playing sort of the old Hollywood white hat/black hat type thing, you can't go down that route because you're upending the tables, you know? And for me, I'm not interested in that. I find that quite tedious. I mean, basically as soon as you put the hat on, everybody knows exactly everything they need to know about you. So I enjoy David's desire to avoid that kind of very simple storytelling with regards to the characters.

"We Don't Like Receiving Bad News, We'd Rather Ignore It." 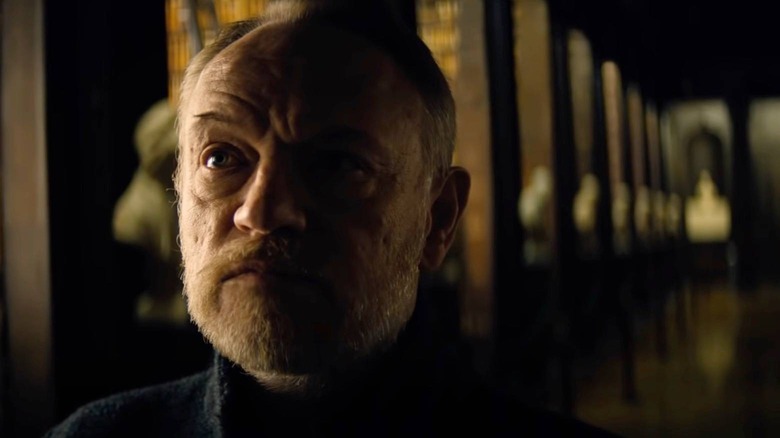 What was something you learned from reading the books in chronological order instead of publication order?

What I understood from reading those earlier books was just how long this had been part of his story and he'd been holding onto this knowledge about where this was all going to go. And in that sense, you realize what a terrible burden that is upon the character. Yeah. He has a terrible conflict, which is he sees where we are going to end up.

Basically, it's like, okay, you're in a train and you know the bridge is out, but nobody's listening to you. You know? And the closer and closer you get to the bridge, you have to come up with more and more desperate needs to try and get people to avoid going over the edge of the bridge. And at this point of the stories, we're running out of time. Something has got to happen quickly. And that's essentially where Gaal comes into the story, because he's found this element, a piece of his puzzle, that he needs. So he reaches out to her and brings her into play.

There's a scene in the first episode where Hari's put on trial and his anger comes out. The idea of an educated man, a mathematician, a scientist, trying to warn the world that doom is coming and everybody is putting blinders on and ignoring him... It feels very timely right now.

Sure. You know, it's timely. I think the first sort of iteration of that character was in "The Iliad." Cassandra. I mean, sadly, this is true about human nature. We don't like receiving bad news, we'd rather ignore it.

I'm curious about how the show was filmed. It looks incredible. We've seen so many major shows recently using digital sets recently. How much of this was sets versus green screen?

One of the things that I was really impressed with in shooting Foundation was the idea, determination, that David had was as much as possible we were on practical sets and we were in practical environments. So we went to Iceland, we went to Berlin, different places in Ireland, Malta, couple of different islands in the Canaries. And in that, it was ambitious in that sense, you know? The sets that we were on, as much as possible we were on practical sets, practical environments, so that you could see that we were properly inhabiting those things. There were there actually very little interaction with green screen. I mean, on a sort of personal, tangible level, none. Most of that was on the outskirts, on the fringes of the story and of the set, you know? It was filling in rather than creating the basic.

Is there a scene that stands out for you as the key Hari moment from the first season?

And I can't answer that question, other than I think the way that Hari's story evolves over the course of the season is surprising, fascinating. You are constantly almost being introduced to new elements of his character. In that sense, there was a tremendous build, so by the end of it, you get a sense of a complete character. Not different. There's a sense at the beginning of the story that this character's keeping a lot of cards close to his chest. And you have an idea much more of what that's all about by the time you get to the end of the season.

Read this next: Foundation Was Considered Impossible To Adapt – Here's How David S. Goyer Did It [Interview]

The post In Foundation, Jared Harris Plays the Key to Saving the Universe [Interview] appeared first on /Film.