In Defense of Slow Reading

You can read the panicky headlines about how Americans “only” read an average of 12.6 books in 2021 and despair or you can choose to read the headline and understand that, while the number is down since 2016, in 2016 Americans weren’t in the middle of their second year of a global pandemic.

You could also choose to wonder why an avid reader would break down their reading life by the numbers and recognize that they may only ever read 2500 books in their lifetime and use that realization to justify quitting books without guilt.

And certainly, it’s easy to judge a reader who chooses to listen to audiobooks at speed, rather than at double or triple speed. A “real reader” would aim to pack in as much as possible and who can handle listening to a performance that is so slow?

The truth is we’re all doing too much, too fast, and slow reading is a valid, honorable, and powerful way to build a literary life.

“Slow” has become an adjective across many disciplines over the last half-decade or so. We’ve seen slow fashion as an alternate to fast fashion, where the emphasis is on purchasing fewer, more high-quality clothing in order to opt-out of the trendy and cheap styles that cause global harm (which isn’t to say there aren’t privileges that come with being able to afford or access slow fashion). We’ve seen leaders in librarianship suggest the field pivot to slow librarianship and move away from fetishizing non-stop innovation so that the core of the profession — helping others acquire information and making information as free and accessible as possible. The root of the slow movement is intention and mindfulness, as well as a desire to eschew social and cultural norms around capitalism and consumerism are foundational.

In an earlier part of my life, I believed meditation didn’t work for me, that even as a yoga teacher, sitting down and doing the thing just couldn’t be my thing. I was sold a promise of what meditation could do, and I bought it. Ads in yoga magazines, on social media, and even from some of my own beloved teachers failed in making me “get” it.

When I let go of the promises of the practice and slowed down, choosing to find meditative experiences in my every day routines, I recognized that so many experts selling meditation had a financial incentive to do so in a very specific way. That understanding — that freedom — allowed me to build my own rhythm and find a meditative practice that worked for me. I didn’t need a cushion nor ten minutes a morning nor an app. Those work for many looking to meditate, but they weren’t part of my path.

I discovered multiple meditative practices: walking, photography, and indeed, reading. Pausing to be in my space, pausing to see the world around me as it was, as opposed to what I wished it was or how I anticipated it to be in some imaginary future, helped center myself in the moment that is.

Just as I tell my yoga students that it’s time to reconsider the notion of meditation, that it’s as easy or as challenging as doing something with your full attention, it’s also beyond time to have a conversation about the merits and benefits of slow reading. About recognizing the machine behind the idea of the miles-long TBR, the endless push for the latest and newest, the notion that reading more makes one a more legitimate bookish person.

In doing an annual reading audit, I’ve discovered patterns to my reading. I like to think of them as seasons, really, though they don’t always align with the seasons outside. There are seasons where I read voraciously, with months like January, June, and November among those where I will read 15 or 20 titles. There are other months, including April and September, where my attention, my energy, and my desire for reading aren’t there. I may read a book a week. I may not.

There are books I’ve been reading for months or years, that I turn back to and continue when I feel drawn to them, and those books may never end up on a list or on Goodreads or even as part of that audit. My yoga books are among those, including books like Meditations from the Mat by Rolf Gates, structured in such a way as to invite a single, short reading a day for 365 days. I pick the book up in fits and spurts, allowing comments to linger with me for long periods of time, incorporating into my life the wisdom that fits and shedding what doesn’t. The book, laid out perfectly for slow reading, encourages me to go even slower. I don’t want to plow through in the name of finishing the book. That feeling extends in the opposite direction, too: there are days when one reading leads to another, which leads to another, and I may finish an entire section of the book in a single sitting. There’s no pushing, no forcing. It’s a simple desire to continue at a pace that feels right for my energy and attention in the moment.

You can’t disentangle capitalism from reading. Even as an author who has skin in the game, the reality is, every book purchased keeps the machine oiled. Readers who affix the label to themselves — “reader” or “book lover” or “book consumer” — keep the machine going by buying more and making relatable content about how they buy more than they could ever read in their lives on social media. Full shelves*, full to-reads, wish lists that span the Earth’s circumference, play into capitalism and do so in a sharable, consumable way.

I do this too. Every month on Instagram, I share how many books I’ve read, how many of those books were by authors of color, how many of those books were on audio or were comics or were over a certain page count. It’s a way to connect with others, and in a world that’s so disconnected and lonely — increasingly so, as we round into the third year of a global pandemic — that feels good and has tremendous merits.

But what those numbers don’t and can’t measure is what I took away from those books. They don’t and can’t show the intentions I had in picking up each title, not to fulfill a quota or to read through purchases I’d made and feel obligated now years later to make good on.

Those numbers also don’t show the number of books I purchased out of habit (it’s hard to resist a deal!) or books that I sold to a retailer for a few extra bucks and more space in my home. They don’t show the sentences or phrases I lingered over, the soothing taste of a cup of hot chocolate enjoyed while reflecting on a character’s choices, or the way a book reminded me of another book from another time in my life, myself from another time in my life. These are moments that can’t be easily packaged and sold, can’t be turned flashy or glittery.

The moment of impact for a reader isn’t at the register. It’s what they register.

I’m never going to not like a good bookish meme, nor grabbing a book I’ve been meaning to read when it’s on sale, nor seeing the books that others are sharing with excitement. There’s value in joy. But I am always going to also see the seedy underbelly, intentional or not, that comes along for the ride: capitalism, the need for more, the drive to it faster, better. By seeing that and recognizing it in my own days, I’m practicing meditation. I’m pulling myself into the present, scanning my senses for feedback, then taking a deep breath.

If it’s a season for reading, I’ll carve out that space and let myself sink in.

If it’s not a season for reading, I give myself permission to opt out. To put on reality TV or go for a walk or do a puzzle with music on, instead of an audiobook. I’ll take a long hot shower in silence or lie in bed before going to sleep and scroll TikTok videos to decompress. Then when a new season arrives and I’m ready, I’ll step back into a book. Slowly.

A high school teacher my freshman year asked a question that I come back to again and again: is there anything that doesn’t cost money? We sat and thought, and some of my peers offered answers, to which the teacher could draw a line back to capitalism in some way.

“What about waving at someone on the sidewalk?” someone asked.

“Is the person wearing a ring? A bracelet? Are they wearing a shirt or nail polish? Have they been to a doctor lately, even for a check up?” he responded. It forever comes back to me in moments where I wonder the true costs of things I enjoy and the frustrations I feel when I see the damage consumption — capitalism — does to our world, the environment, and the people in it.

There may not be direct costs, but nothing is free. Every thing we do, every choice we make, even the ones meant to enrich our lives without money, ultimately cost something.

At the end of my life, I don’t want to measure how many books I read. I want to instead die knowing the books I chose to incorporate into my life allowed me to expand beyond their covers, allowed me to indulge and savor every word, and permitted me a life bursting with experiences that weren’t limited to a never-ending compulsion to turn to more and faster. That even as a human engaged in the losing game of capitalism, I could identify and meditate upon my role and make something not dependent upon it.

*An oft-shared study about the effects of having books in the house on a child’s literacy fails to address capitalism, too. To have books means you have the means to purchase them and the space in which to store them within a home. Those who have neither are not harming their young family members by failing to fill bookshelves. They’ve been failed by a system that makes access to the essentials a barrier to overcome. Full shelves are but a status symbol within a consumerist system. 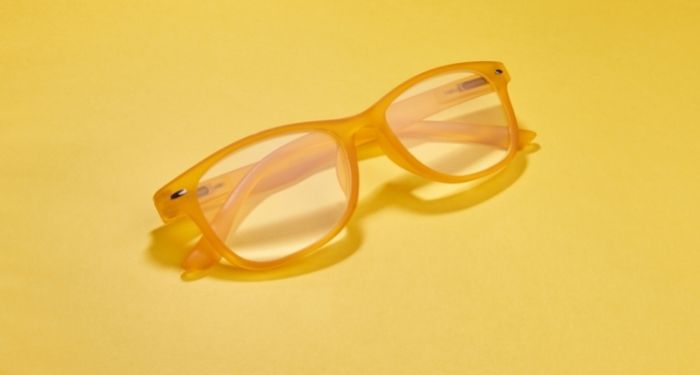