‘I’m a metaphor for something else here’: Here’s why this Utah bookstore is turning to a GoFundMe campaign 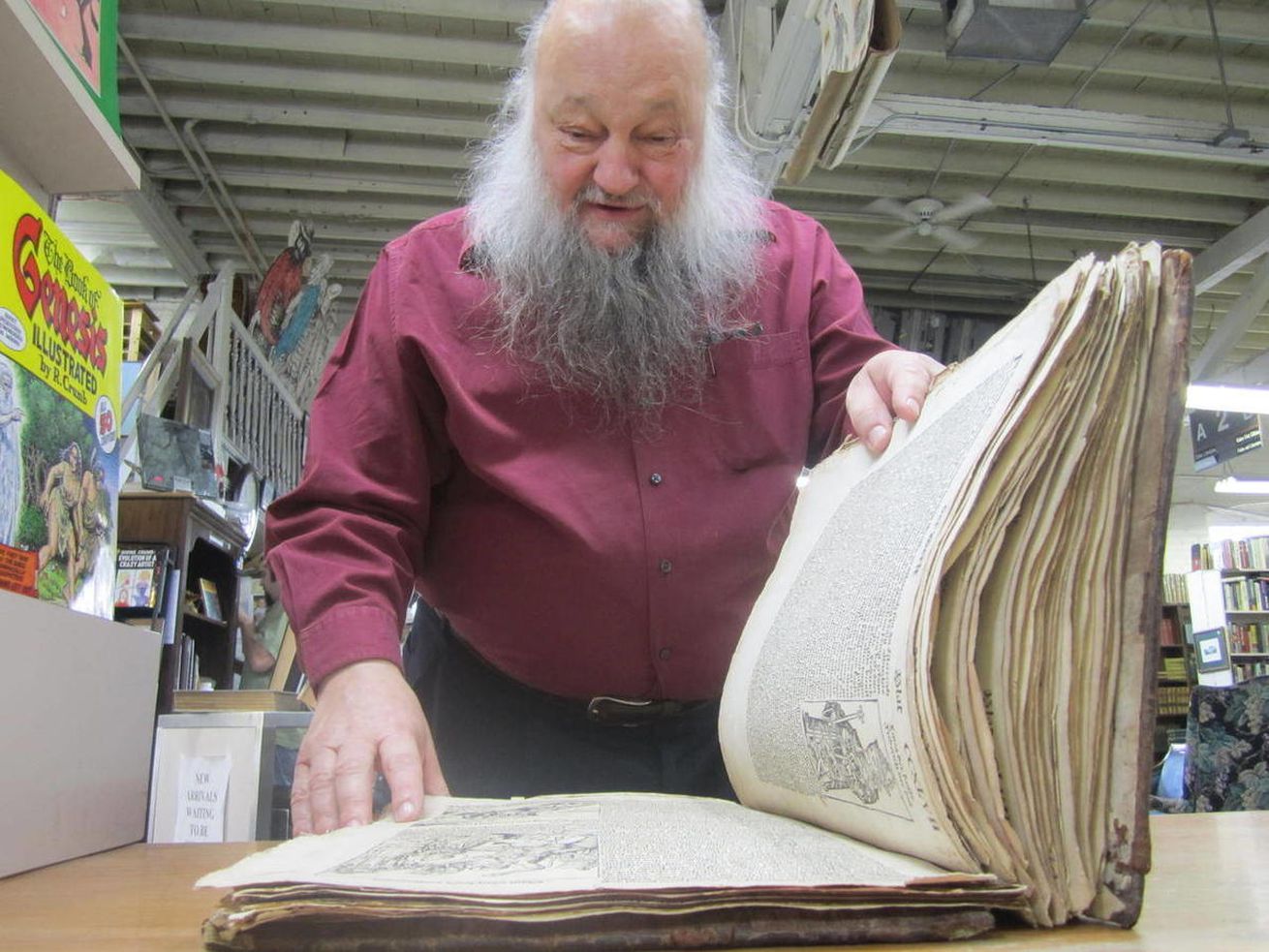 Ken Sanders Rare Books recently started a GoFundMe to help support the Salt Lake City store, which — like many independent bookstores around the country — has faced challenges during the COVID-19 pandemic.

Ken Sanders didn’t want to do it.

The idea of a GoFundMe campaign for his downtown Salt Lake City store, Ken Sanders Rare Books, was a very last resort for the 68-year-old bookseller.

“I am not very good about asking for help,” Sanders admits.

But after months of weathering a pandemic with no end in sight, his friends and loyal customers finally convinced him that it was time. The shutdown that began in March had cut the store’s sales by half, and loans from both Salt Lake City and the Paycheck Protection Program have long since run out.

Even before the COVID-19 pandemic, however, the store’s situation was precarious. The “sword of Damocles,” as Sanders puts it, had been hanging over the store since at least the beginning of the year — an impending real estate development in downtown Salt Lake that could turn the bookstore out of its home of 24 years at any moment.

In a way, Sanders says, the GoFundMe campaign — which was started last Friday — is a “referendum” on his store. “If I’m going to try and reinvent myself one last time,” Sanders says, and go through the challenge of finding a new location, he wants to know what support he has.

So far, the response has been overwhelming. As of Wednesday morning, the GoFundMe had already raised over $70,000 of its $250,000 goal, with donations coming from nearly 1,500 people — including some Sanders has never met.

Sanders calls the response both “humbling” and “surreal.” And though it is a referendum of sorts on Ken Sanders Rare Books, Sanders says he thinks it goes beyond just him and his store.

“I’m a metaphor for something else here,” he said.

In a world overrun by Amazon and big box stores, Sanders believes the support he’s receiving goes to show that “people believe in independent bookstores.”

Book sales during a pandemic

A New York Times headline from last week stated that the way to sell books in 2020 is to “put them by the toilet paper.”

While many small and independent bookstores had to close their doors in March due to the COVID-19 shutdown, behemoths like Walmart and Target have remained open — and their book sales are booming.

“They sell groceries, they sell toilet paper, they sell everything people need during this time, and they’re open,” Suzanne Herz, the publisher of Vintage/Anchor, told the Times. “If you’re in there and you’re doing your big shop and you walk down the aisle and go, ‘Oh, we’re bored, and we need a book or a puzzle,’ there it is.”

Walmart and Target aren’t the only ones to benefit. Amazon has seen enormous growth during the pandemic. Over half of all book sales in the United States are from Amazon, and that number could soon rise to as much as 70% based on projections from April, according to The Washington Post.

Yet while major retailers continue to grow, independent bookstores have faced significant challenges. The iconic City Lights Books in San Francisco — which published Allen Ginsberg’s “Howl” — began a GoFundMe campaign of its own in April, ultimately raising almost $500,000 to rescue the store, according to The Guardian.

And in Portland, Powell’s Books was forced to lay off the majority of its employees in early March before rehiring around 100 staff members to fulfill online orders, CNN reported at the time. Only three of Powell’s five locations have reopened so far, and only to offer in-store pickup.

Emily Powell, the owner of Powell’s Books, wrote in a statement on the store’s website on July 16 that — although the store wishes to reopen to the public — she feels it is still too risky. The risk is not only to health, but also financial: the expenses that the store would have to undergo to bring in employees, while in-person shopping remains low, would not necessarily be worthwhile, according to Powell.

“And so, we find ourselves in the difficult position of having to wait for brick-and-mortar shopping to return, or for some other stroke of luck that might allow us to reopen,” Powell wrote.

Sanders has over 100,000 books (“some might call that excessive,” he jokes). But it’s a drop in the bucket compared to the titles a customer might find on Amazon.

Between the selection and free two-day shipping, it’s hard to compete with Amazon in terms of convenience. But Sanders argues that “independent bookstores create independent thought.

In his own store and other independent bookstores like it, Sanders believes that browsing the shelves can lead to new discoveries and “serendipity.”

For example, Sanders references the book “Flatland” by Edwin Abbott, as well as the works of Wendell Berry, who he calls both a “friend” and “the most important living writer in this country.” A conversation with Sanders is similar to being in his bookstore, constantly stumbling on new discoveries.

To Sanders, that dialogue between a bookseller and customer is key — and is exactly what Amazon or a large chain store can’t provide.

“There’s no algorithm that can provide that,” he says.

Looking to the future

Sanders says he’s been blown away by the response to the store’s GoFundMe campaign. Though he was initially reluctant to ask for help, he’s grateful for the donations — both large and small — that they have received so far.

Looking to the future, Sanders says the money that’s been raised will go to store expenses like rent and payroll for his employees. If they are able to reach their fundraising goal, he hopes to put some away in a savings fund “so that when the time comes when the walls come down here, we will be able to emerge out of the rubble somewhere else.”

Where that “somewhere else” might be, Sanders is not yet sure. He’s hopeful the store will have until at least 2021 before the downtown development begins that will force them out of their building. Until that time comes, it will be a daunting task to find a comparable space to move into — their current building is 4,000 square feet — that will be within their price range.

But despite the challenges, Sanders says he feels a responsibility to use the money raised by the GoFundMe to “keep the store alive, because that’s what they’re giving it to me for.”

Sanders noted he’s received donations from all over the world, as well as from people that he suspects do not have much to give. He also says their online sales have been “exploding” over the last few days from people trying to help. The outpouring of support leads him to believe that it goes beyond just his one bookstore.

“This isn’t about me,” Sanders says. “This is about the very culture and society that we live in and what people are trying to choose.”