Humans Can’t Grasp Exponential Growth — After These 4 Examples, You Will 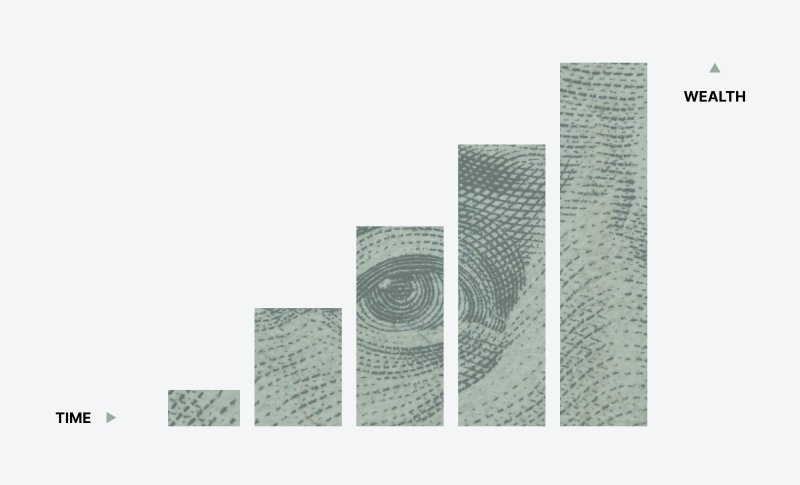 Have you ever tried folding a piece of paper in half as many times as you can? If you have, you’ll have noticed something odd: At about the fifth or sixth time, folding the paper once more becomes incredibly hard.

This puzzle has occupied many a bored pupil’s mind throughout the ages, and while the paper would rather explode than be folded more than seven times, math will provide us with a fascinating insight if we continue the experiment in our imagination: If you could keep folding a standard piece of paper that’s one tenth of a millimeter thick, after just 42 foldings, its height would reach to the moon.

How can this be? Well, with each folding, the paper doubles in height — and if you keep doubling something, it becomes really large really fast. This is the power of exponential growth, and it’s a power humans can barely understand.

If I gave you a choice between $1 million today or a penny which will double every day for 31 days, what would you choose? You’ll probably think that million sounds pretty sweet. Surprisingly, you’d end up with ten times more — over $10 million — with the penny. This is counterintuitive, and to a degree, your intuition is right. With the penny, it takes a week to even reach $1. You’ll hit $1,000 as late as day 18, and only the fourth-last doubling will take you over the $1 million mark. In an exponential world, the last few steps matter the most — and that’s hard to wrap our heads around.

Due to the power of compounding, it is much better to invest early and let the money keep working than to start late and keep adding more. At equal investment sizes and returns until age 65, a 25-year-old who stops investing after ten years will beat a 35-year-old who keeps investing until they retire.

Here’s one last example: When Benjamin Franklin died in 1790, he left $1,000 to the city of Boston and $1,000 to the city of Philadelphia. He told them to invest the money and made both cities promise to not touch their portfolio for 100 years. After that, they had to withdraw 75% and spend it on public service. Then, they had to let the money sit for another 100 years.

How did the trust funds fare 100 years later? In Philadelphia, the remaining 25% portion grew into a staggering $2 million. Boston had benefited even more: In 1990, their fund sat at $4.5 million — all from a starting balance of just $1,000.

Never underestimate the exponential power of compounding interest. I know it’s hard to fathom, but if you keep reinvesting, you can build a lot of wealth literally faster than you can imagine, even if you start with a few hundred dollars or less.

Action Item: Play around with a calculator to get a feel for exponential growth

Get comfortable with the math of wealth. You may never be able to ballpark exponential growth perfectly, but you can definitely develop a better feel for large, compounding numbers — and the sooner you can do that, the better.

This post was previously published on Four Minute Books.


Need more info? A complete list of benefits is here.
—

The post Humans Can’t Grasp Exponential Growth — After These 4 Examples, You Will appeared first on The Good Men Project.