'Hoa' is the sweet, Ghibli-inspired game our anxious brains need 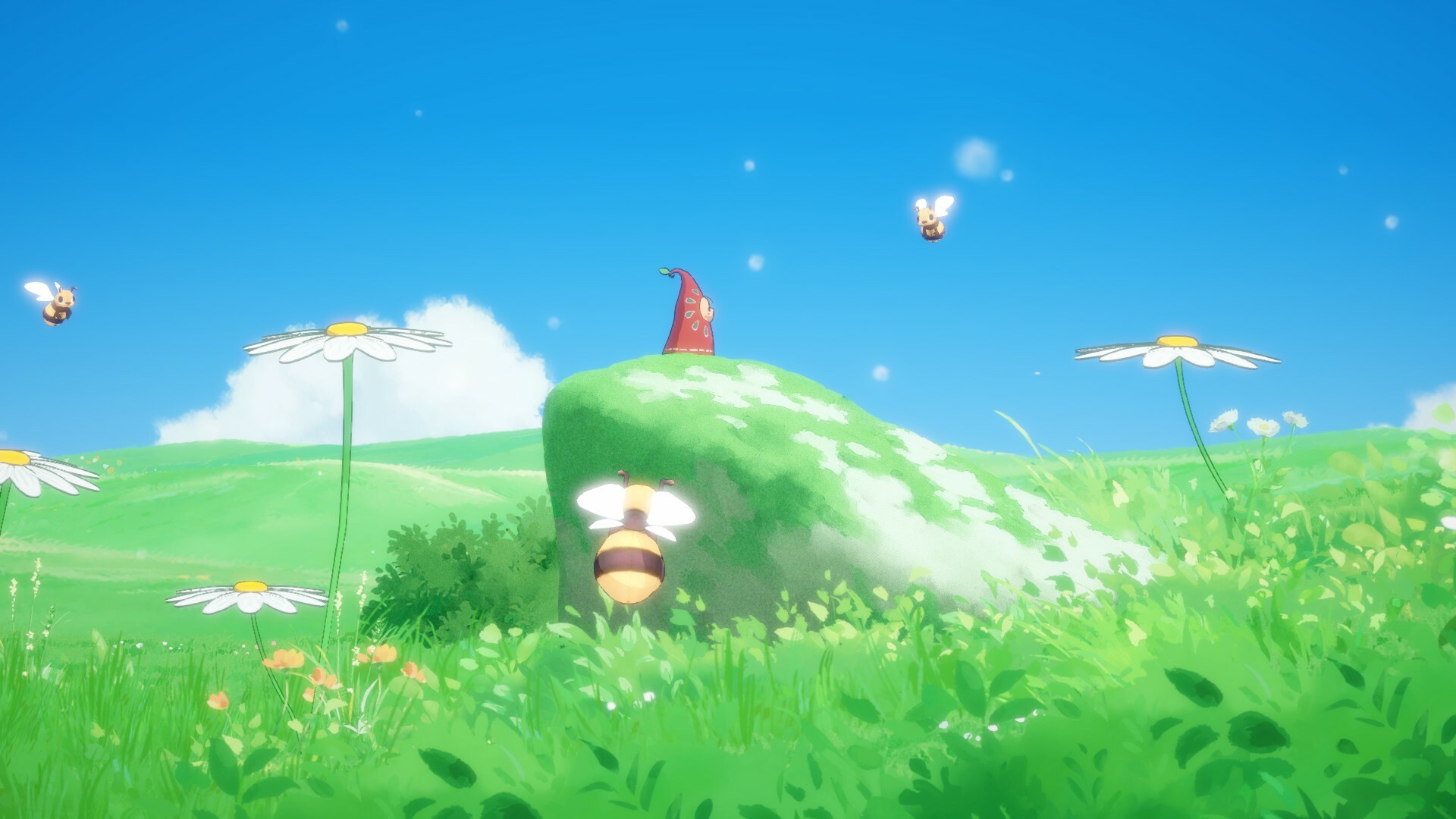 Several years ago there was a boom in colouring books targeted at adults. Colouring in is typically seen as a pastime for children, one that helps young hands develop fine motor skills and distracts them from drawing on walls. Yet it can also be a meditative activity for adults, providing a vehicle for stress free focus to help soothe restless anxiety.

In this way, Hoa is much like a colouring book.

Developed by Skrollcat Studio, Hoa is a small, gentle puzzle platformer that offers a few short hours of respite from our overwhelming world. The gorgeously illustrated indie game follows diminutive fairy Hoa as she travels through several stunning environments to track down figures from her past, waking them from their slumber to teach her new skills that will help her press on.

There's no combat, no health bars, no real stressors. Just a quiet, unrushed moment to yourself at a time when such comforts are sorely needed.

Hoa's most obvious appeal is in its eye-catching aesthetics, which are complemented by an optimistic, piano-focused soundtrack. Inspired by the work of Studio Ghibli, the wholesome game's hand-painted art is unerringly beautiful, evoking a fresh, childlike innocence and wonder about the world. From magnificently lush leaves to squishy, bug-eyed grubs, everything in Hoa feels soft and harmless, encouraging curious exploration without fear. Even the mean mechanical creatures that kick you about seem more headstrong than deliberately antagonistic. (The shading on Hoa's face does make her look like a grumpy middle-aged man with a five o'clock shadow, but that was just amusing.)

The story is as simple and uncomplicated as a children's fable, the bare bones of a plot lacking any detail that might snag the mind. It's clear something terrible happened in Hoa's past, and that the friendly creatures she meets are her allies. But the specifics of exactly what transpired are never clearly established because they don't need to be.

Nobody asks how Goldilocks' three bears came to possess both real estate and the opposable thumbs required to cook porridge. We just accept it and enjoy the journey. 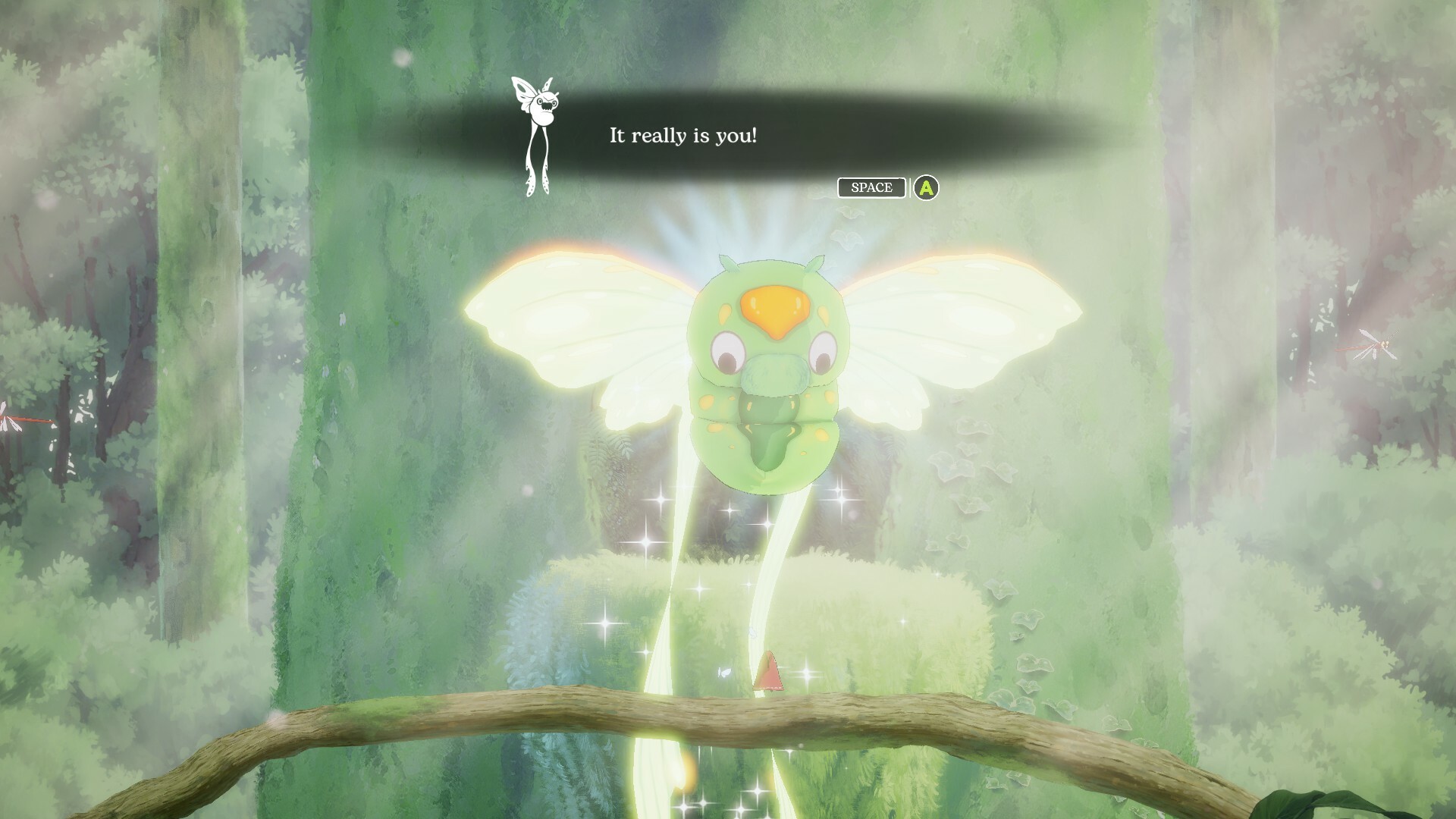 I wish anyone was ever this happy to see me. Credit: Mashable

Making your way through the world

Gameplay is easy and straightforward to match Hoa's kind atmosphere, though perhaps a bit simple for those wanting a real challenge. Most levels have you enter an area, make your way to a carving to activate it and wake a friend, then collect five golden butterflies which will enable your new friend to teach you the new skill you need to reach the next area. Move on and repeat.

It's a restorative experience, a delightful moment of respite amidst chaos.

I was initially underwhelmed by how easy it all felt, until I realised that this simplicity is Hoa's charm. The undemanding game allows you to go at your own pace, enjoying the scenery and soaking up the experience. Its tasks engage just enough of your mind to keep you focused in the moment, but not enough to cause stress. There were no frustrating interruptions where a miscalculated jump forced me to redo a long or difficult section, or where timing-reliant puzzles left me no space to breathe. It was comfortingly meditative.

As someone whose haphazard attempts at mindfulness are consistently thwarted by intrusive anxieties, Hoa was an unexpected but useful tool. 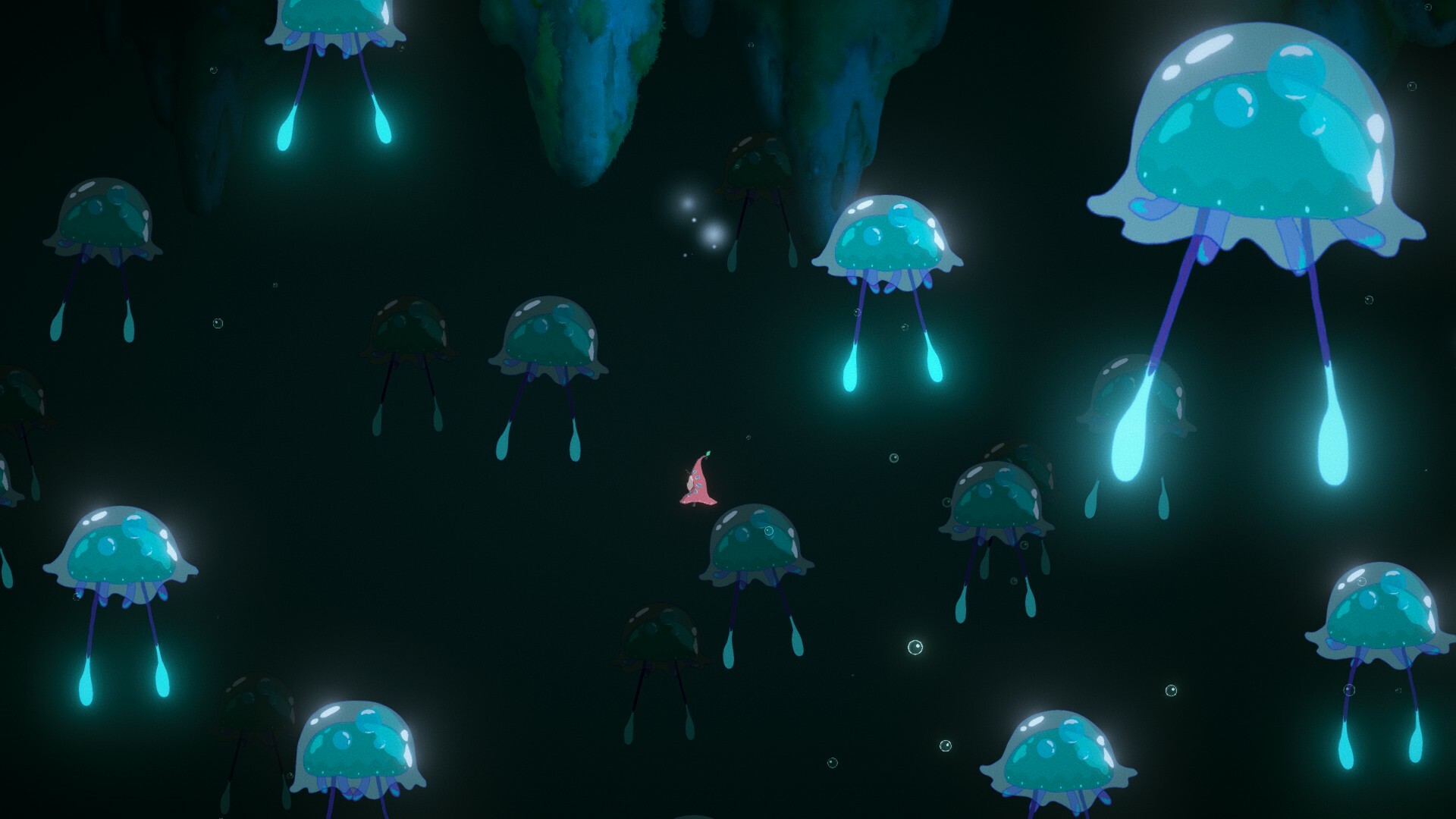 Every screenshot of 'Hoa' could be a desktop wallpaper. Credit: Mashable

Hoa's map only indicates the relative placement of rooms and the whereabouts of your objectives in them, so each new area and puzzle is a discovery, platforms frequently only appearing as you approach. The minimalist design largely leaves players to discern for themselves how to interact with a new obstacle, and how to deploy the new skills they've learned. You're unlikely to get too stumped though — I found it fairly straightforward to deduce that stone blocks become levitating platforms when pushed beneath glowing green clouds, and that thoughtful timing is required to use flighty ladybugs as platforms.

The difficulty bumps up noticeably in the latter parts of the game, putting some unexpected twists on the familiar gameplay. But it never goes so far as to truly frustrate, guiding you along like an encouraging parent confident in their child's ability to push themselves to their feet.

All up, it took me around three and a half quiet, calming hours to complete Hoa on PC. It was a soothing experience that recalled the simple magic of childhood, scored with serene yet bright instrumentals. I just wish there was a "thank you" button so I could share my appreciation with all the friendly creatures who helped me along the way. 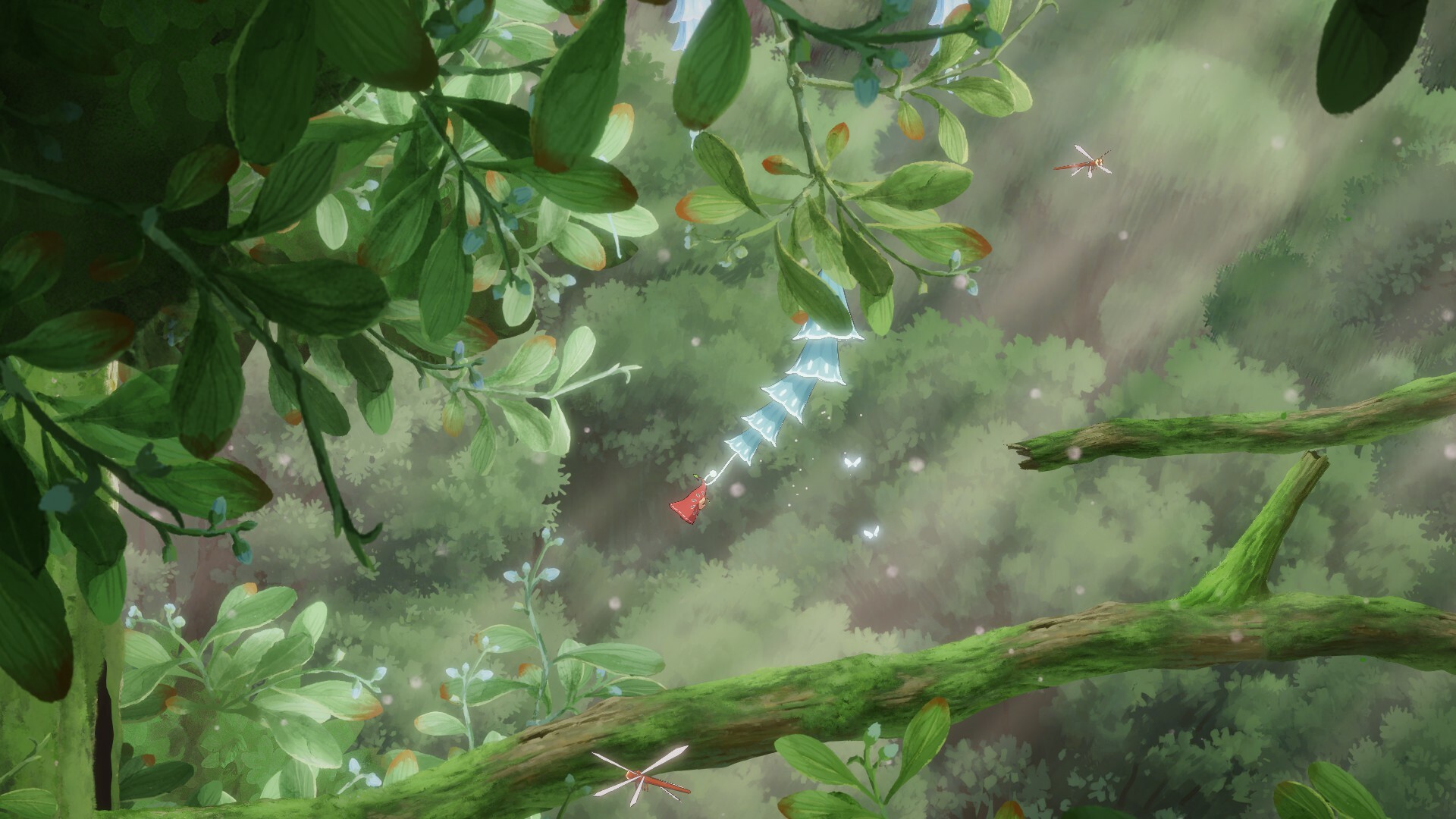 Remember swinging on the monkey bars at school? Credit: Mashable

It's been a rough year for everyone. A rough few years, actually. Politics, pandemics, and melting polar caps have overtaken most of our minds, inescapable spectres overshadowing even the smallest of joys. Hoa provides a place to rest, immersing you in a gentle world where the path forward is easily discernible, problems have clear solutions, and setbacks are both temporary and quickly resolved.

It's a restorative experience, a delightful moment of respite amidst chaos. A comforting colouring book. In Hoa's small world, the grass is eternally green, there are never any wrong answers, and everyone is always happy to see you. It's a much kinder world than our own.