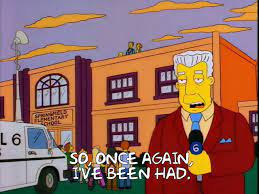 Today's puzzle is one constructed by the new LA Times Crossword Puzzle editor, Patti Varol. I'm not certain, but this may be her first here AS the new editor. I suppose that being the editor, she not only accepted the puzzle but also didn't have to change any of the clues! ;^)

This puzzle added the word "I'VE" (or perhaps just the letters, I, V, and E) to a common phrase to add some word play. Let's explore:

23. Letter from Zurich?: SWISS MISSIVE. SWISS MISS (see image) is a popular cocoa beverage brand; a MISSIVE is another word for letter or memo. Better 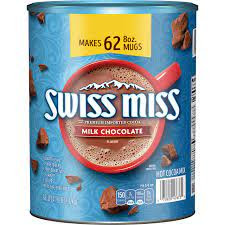 39. Excited cry from a chicory farmer waiting for harvest?: THE ENDIVE IS NEAR. Probably the best pun of the four entries, as ENDIVE is a bitter leafy vegetable that is in the chicory family. As many of our Louisiana bloggers know, chicory is an additive to coffee - and in some cases, a coffee replacement - for a uniquely flavored breakfast beverage. "THE END IS NEAR" might be a phrase used by the noun in 57-across (worrywort) 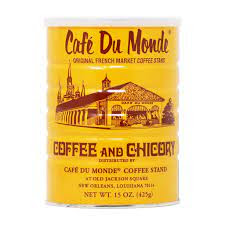 50. Dust, silverfish, or dampness?: ARCHIVE ENEMY. My second favorite of the entries, as the combination (or singular) of dust, silverfish, and dampness can definitely be the "ENEMY" of anything "ARCHIVED". "ARCH ENEMY" could be this villian of Marvel comics fame: 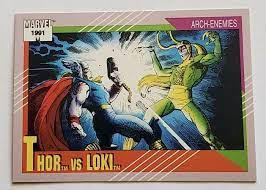 Thor had foot problems.
He found Loki in his boot.
His ARCH ENEMY?? 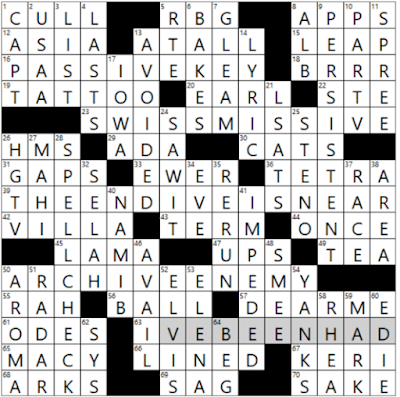 Across:
1. Cherry-pick: CULL. If the Thesaurussaurus says so, then it IS so 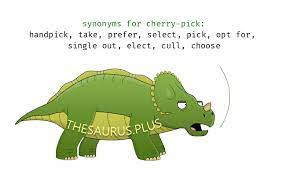 5. "On the Basis of Sex" monogram: RBG. Ruth Bader Ginsburg, and the first of several abbreviations used in today's puzzle

8. Calm and Headspace, for two: APPS. Both are used for meditation; kinda like a bedtime story for adults

18. "I w-wish I'd brought a sw-sweater!": BRRR. The weather here in the Valley of the Sun has turned rather chilly lately; but I must be pretty hot-blooded, as I haven't needed a sweater. Light jacket, maybe

19. Art that may later be regretted: TATTOO. No TATTOOs for Chairman Moe. Would any of our regular posters care to share a TATTOO moment they had in their past (or present)? Maybe @Picard has some in one of his photo albums?

20. Sandwich title: EARL. HERO also fits, but as this link describes, "in 1762, John Montagu, the 4th Earl of Sandwich®, invented the meal that changed dining forever. As the story goes, he was playing cards and did not want to leave the gaming table to eat. He asked for a serving of roast beef to be placed between two slices of bread so he could eat with his hands" ... has anyone had an "EARL of Sandwich, sandwich?

31. Continuity problems: GAPS. If you look at my iPhone screen, there are very few GAPS between my APPS

33. Pretty pitcher: EWER. LORI fit, too, if you considered the pitcher Kit Keller from the Rockford Peaches in the movie, "A League of Their Own" 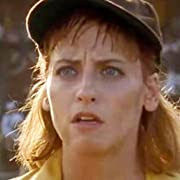 36. Aquarium fish: TETRA. Fun Fact: [Wikipedia] says: "(TETRA) is short for Tetragonopterus, a genus name formerly applied to many of these fish, which is Greek for "square-finned" (literally, four-sided-wing). Because of the popularity of tetras in the fishkeeping hobby, many unrelated fish are commonly known as tetras, including species from different families"

42. Large country estate: VILLA. I'd bet that this one on Cape Cod comes with a rather large price tag 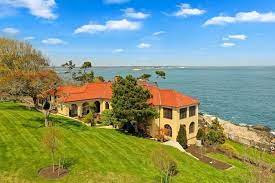 66. Like some raincoats: LINED. London Fog was a popular brand for LINED raincoats

68. Torah chests: ARKS. As in what was being sought in "Raiders of the Lost Ark" 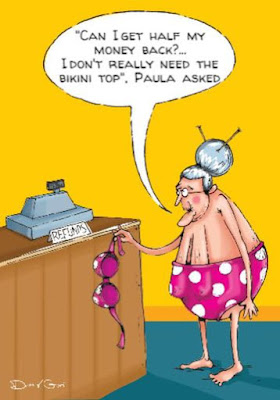 Fun Fact #3: A homograph of this entry (SAKE) is: Sake, also spelled saké; an alcoholic beverage of Japanese origin made by fermenting rice that has been polished to remove the bran

2. Insurance option for military families: Abbr.: USAA. #9, and the insurance carrier for Margaret and me

3. Planning aid: LIST. We keep one on the fridge for groceries; one on the kitchen table for projects; one on an end table for appointments ... we can organize both vertically AND horizontally

4. Goes the distance: LASTS. Kind of like finishing this recap ...

6. Suffers in the sun: BAKES. BURNS was my first entry

7. Sparkle: GLEAM. What might happen if you brushed your teeth with this, back in the day ... 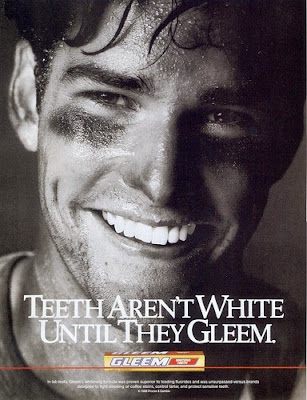 8. Clerical robe: ALB. I'd prefer this word to have been yet another abbreviation, "International airport code in NY"; then we could've had a CSO to Irish Miss AND ray-o-sunshine

10. "The Empire Strikes Back," chronologically: PART V. I was thinking "FIFTH". I usually think chronological describes on of these words: "FIRST", "SECOND", "THIRD", et al ... but maybe those are called ordinals ... hoping that one of our resident grammarians will comment on this and set the record straight ... 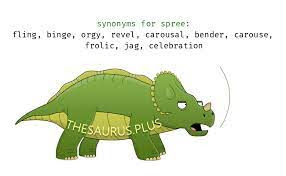 13. Steered clear of: AVOIDED. IVE AVOIDED any comments about this past Tuesday's midTERM elections

17. "Field of Dreams" state: IOWA. Lots of movie references today ... Fun Fact #5: The Chairman has been to Dyersville, IOWA and visited the Field of Dreams back in 1994. Played catch with my kids on the diamond. They have changed the field considerably since, and now play a regular season MLB game there. Here is the trailer:

25. Gregg pro: STENO. #12; short for STENOgrapher. "Gregg" is a form of shorthand invented by John Robert Gregg back in the late 1880's

27. Fish tacos fish, informally: MAHI. Strange clue to my ears, but I guess that MAHI is the informal way of saying MAHI MAHI

Fun Fact #6: [tastes better from scratch dot com] "What type of fish to use for fish tacos: Lean and flakey white fish fillets are traditionally used in fish tacos because they are mild in flavor, cook quickly and are relatively inexpensive. Popular kinds of white fish for fish tacos include halibut, tilapia, mahi mahi, snapper, cod, bass and cat fish. In Florida I preferred grouper ...

32. Hebrew word in the Book of Psalms: SELAH. Fun Fact #7: [the bump dot com]: "SELAH is a gender-neutral name of Hebrew origin and is a variation of the Hebrew word Sela, meaning “rock” or “boulder.” However, this particular spelling of Selah is used in the Hebrew Bible 74 times and its meaning isn't exactly known"

34. Woman on the ceiling of the Sistine Chapel: EVE. Easy WAG for a Friday puzzle

35. Sitcom in syndication, e.g.: RERUN. Margaret has shown a mild interest in seeing the RERUNs of "The Big Bang Theory". She never watched them but has enjoyed watching "Young Sheldon" ...

40. Coastal desert of southern Africa: NAMIB. I was all catawampus on this; was apparently thinking northern Africa/Israel when I inserted NEGEV into these cells ... NAMIB is not an everyday word you'd use, but I'm sure this one got by our editor with no issues ... 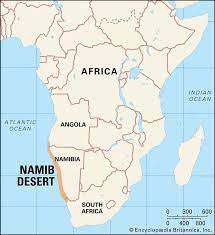 41. Slowed down: IMPEDED. I wasn't too IMPEDED by today's puzzle as I finished it in my average solving time for a Friday; maybe faster

46. To no __: in vain: AVAIL. Another way you could describe failing to solve this puzzle, perhaps?

48. Barrie buccaneer: SMEE. "Mr. SMEE is a fictional character who serves as Captain Hook's boatswain in J. M. Barrie's 1904 play Peter Pan, or the Boy Who Wouldn't Grow Up and 1911 novel Peter and Wendy" [wikipedia]

51. Plane tracker: RADAR. He could also track helicopters, and knew when Colonel Potter had to use the latrine

52. 2022 music biopic directed by Baz Luhrmann: ELVIS. This film is an HBO exclusIVE. We don't get HBO through our Roku account, so this one solved via perps. Here is yet another trailer for you to watch!!

54. BoSox rivals: YANKS. In the context of the clue, this probably was the fourteenth abbreviation; however, YANKS by itself (without a clued reference) would not be considered an abbreviation ... just in case you were wondering ...

58. Ostrichlike bird: RHEA. Never seen one? How about a trio of them, instead?? 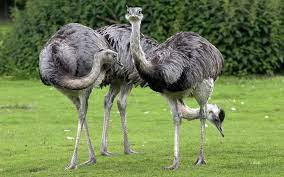 62. __ admin: SYS. #14 of the abbreviations in today's puzzle. That may be a record for a 15x15 puzzle. My "goal" today was to have as many movie trailers and "Fun Facts" in my blog as there were abbreviations. I think I came up a couple short ... anyway, that's all today for this blogger

The next two Friday puzzles will be recapped by my "brother from another mother", Malodorous Manatee. I'll see you in December. Please remember to recognize a veteran today, and thank them for their service to our country

Please enter any comments about the puzzle or recap below, and don't forget to tip your bloggers ... !! ;^)