Exclusive: Mondo Celebrating ‘Back to the Future’ 35th Anniversary with a New Poster, Puzzle & Enamel Pins

This year marks the 35th anniversary of Back to the Future, not just one of the greatest stories about time travel, but one of the best movies ever made. In honor of the milestone anniversary, Mondo is letting fans celebrate with a collection of new goodies in honor of the film directed by Robert Zemeckis and starring Michael J. Fox and Christopher Lloyd, and we have an exclusive first look at the offerings.

On Wednesday, July 1, Mondo will be releasing a new Back to the Future poster with artwork by Adam Simpson, a puzzle of Laurent Durieux‘s coveted artwork inspired by the original movie, and three new enamel pins of some familiar items from Back to the Future Part II.

First up, we have a new Mondo Back to the Future print by Adam Simpson, in both a regular and variant edition: 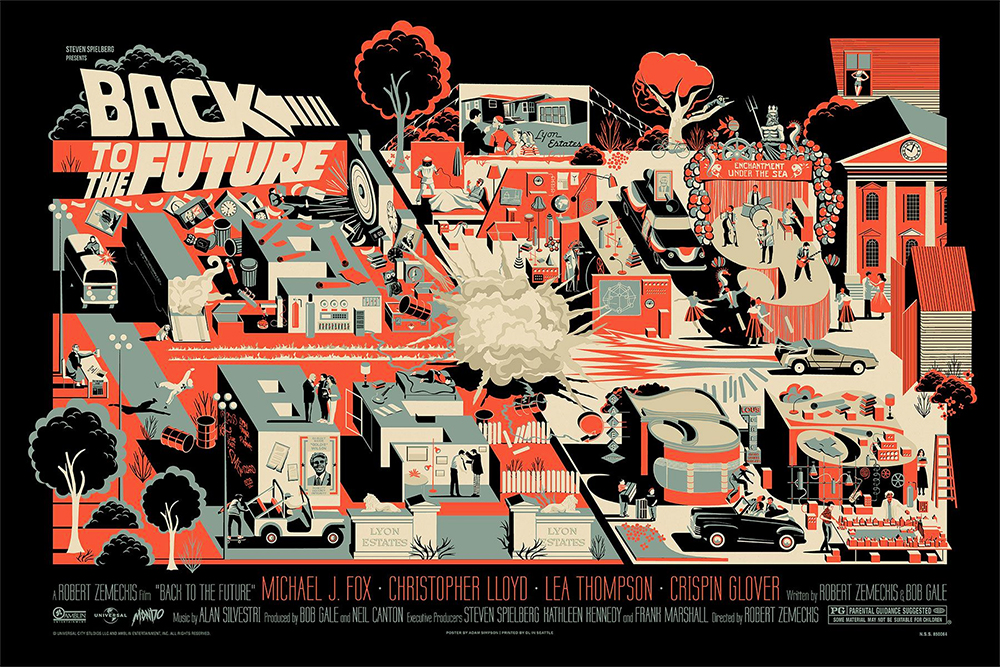 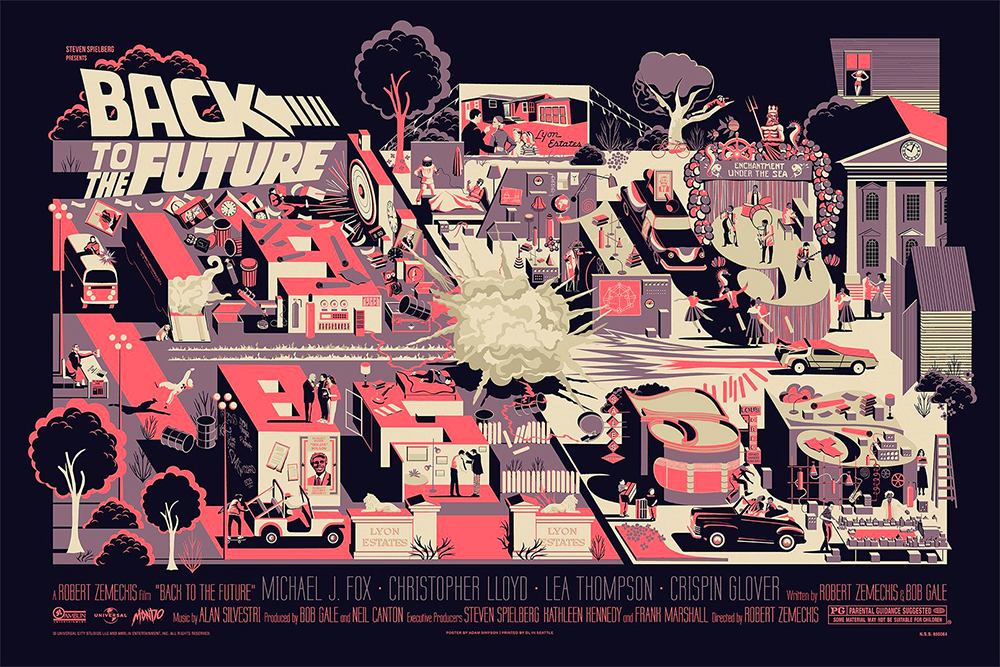 Adam Simpson’s print provides an assembly of some of the most memorable moments from the movie, ranging from the opening credits sequence with Marty McFly hitching a ride with a Jeep while on his skateboard to the Enchantment Under the Sea dance. There are also great little details scattered throughout, like Einstein’s dog food machine, George McFly peeping on his future wife, and Lorraine Baines herself shyly standing off to the side of the model laying out Doc’s plan to get Marty back to the future. It’s the kind of print that will have guests in your home looking at every inch. 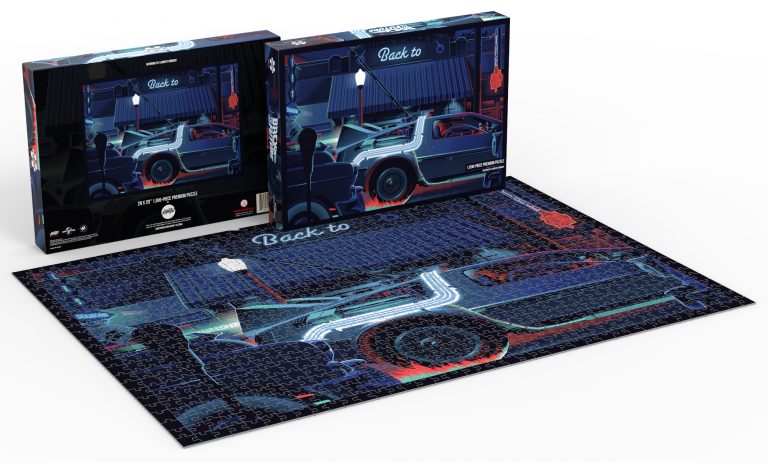 Back to the Future Puzzle by Laurent Durieux

When it comes to collectible artwork inspired by Back to the Future, one of the most desired pieces is from Laurent Durieux. His artwork depicts the DeLorean time machine speeding through the streets of Hill Valley in 1955, the film’s title represented by neon signs in the background. It’s extremely hard to get ahold of this print without paying an arm and a leg, so Mondo is letting fans get their hands on it in the form of a 1,000-piece puzzle.

If you need a better look at Lauren Durieux’s original artwork from the poster release, here you go: 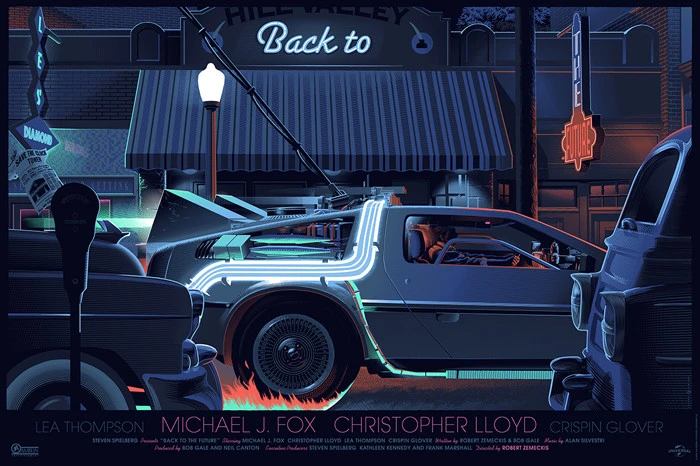 You’ll notice that the puzzle isn’t an exact copy of the artwork. Though the imagery hasn’t been changed, the puzzle is lacking the credits at the bottom. That might be a dealbreaker for some who were hoping to have an exact copy of Durieux’s work, but at just $20, it’s still a much cheaper option than trying to track down the actual print.

Back to the Future Part II Enamel Pins

Finally, for all the enamel pin collectors out there, a trio of Back to the Future Part II pins will be available designed by Bruce Yan.

The first is Griff Tannen’s rocket-powered Pitbull hoverboard that ends up in the hands of a little girl in Hill Valley town square in 2015. The second pin is a tile version of the logo for Mr. Fusion, the device that uses trash to generate a nuclear reaction that gives the DeLorean time machine the 1.21 gigawatts of power it needs to travel through time. And finally, there’s Gray’s Sports Almanac, the sports statistics book that old Biff Tannen from 2015 gives to his younger self in 1955 in order to get rich, creating a terrifying alternate 1985. Each pin will cost you $10.

All of these items will be on sale over at Mondo’s online shop on Wednesday, July 1.

The post Exclusive: Mondo Celebrating ‘Back to the Future’ 35th Anniversary with a New Poster, Puzzle & Enamel Pins appeared first on /Film.