Escapist Reading with a Murder Mystery

by admin July 22, 2021
Books are a great way to escape everyday life. We get to experience new places, people, and situations outside of our own lives. Some readers escape with fantasy stories. Some like love stories. And some readers like murder mysteries … but not violent ones. So-called “cozy” mysteries provide readers with warmth and a sense of security. Think of a cozy bed with soft, thick covers to climb under when you are cold and tired. That's cozy. Cozies, as they often called, are murder mysteries without a lot of blood or violence. So, they are different than true crime stories and darker, more violent mysteries. Valerie Burns writes cozies under the name V.M. Burns. Her Mystery Bookshop series includes six stories. She recently talked to the Associated Press about cozy mysteries during the pandemic. Since the pandemic began in early 2020, she said, more readers began to email her about her work. She thinks they might have been looking for more human connection as COVID-19 restricted social interaction severely. Burns lives in the U.S. state of Tennessee and reads cozies herself. She knows that finding comfort in a murder story may sound strange. But the writer says solving a mystery can be fun and entertaining. She can read a cozy mystery and try to put together clues to solve it without all the violence many other murder mysteries include. She says, “It’s basically a puzzle.” The most important part of a cozy mystery is the protagonist, or the main character. In cozies, protagonists are usually women. The protagonist investigates the murders in cozies. Often, the character is not a professional investigator. She is an amateur detective. They usually have a kind of job that gives them a lot of free time to find and follow clues. For the reader, smaller characters, like the protagonist’s friends and neighbors are also important. Readers often want to “hang out” with the detective and their community. The setting of a cozy is also very important. The stories usually take place in a village or a single neighborhood of a big city. It needs to have that cozy, small town feel. The setting is often a place readers would want to visit. Also, cozies are quite … clean. So, offensive language and sexual situations are not part of the stories. The only offense is the murder. “Murder is definitely dark, but in a cozy the reader is with the protagonist every step of the way as each clue is revealed,” says Michelle Vega. She works with several cozy writers as an editor. Vega calls cozy mysteries “escapist perfection.” Vega says, “You can enjoy the perfect cup of tea and pretend you’re sitting in that comfy bookshop …” with the main character as she and her friends solve the crime. (“Comfy” is a shortened form of the word “comfortable.”) History of cozy mysteries The roots of the cozy murder mystery field may have formed from early 20th-century British mystery writers including Agatha Christie and Dorothy L. Sayers. In television form, the cozy mystery can be seen in shows such as Midsomer Murders and Murder, She Wrote. Some editors have said they have seen an increase in cozy mystery sales in the past year.  Kelly Vaiman is a longtime reader of cozies. This past year, she has tried to avoid thinking about real life. The health crisis had brought fear and worry. Then, her mother died. Vaiman said she could not deal with the pain of losing her parent. So, she would read a cozy mystery to take her mind off everything. Vaiman says she she reads about 120 books a year. They are not all cozies, she says. But when she needs a comforting read, she turns to a cozy mystery. Writer Valerie Burns agrees. She also brings up something else common to a cozy mystery: In the end, the murderer is caught. “We have enough horror in our day to day lives,” she said. She adds that all she wants is to escape into a world where justice wins. I’m Anna Matteo.   Cozy writer and former Associated Press reporter Tamara Lush wrote this story for the AP. Anna Matteo adapted it for VOA Learning English. Caty Weaver was the editor __________________________________________________________   Words in This Story   fantasy – n. a book, movie, etc., that tells a story about things that happen in an imaginary world comfort – n. to cause (someone) to feel less worried, upset, frightened, etc. clue – n. something that helps a person find something, understand something, or solve a mystery or puzzle puzzle – n.  a question or problem that requires thought, skill, or cleverness to be answered or solved protagonist – n. the main character in a novel, play, movie, etc. amateur – adj. a person who takes part in something without having experience or skill in it : a person who takes part in sports or occupations for pleasure and not for pay detective – n. a person whose job is to find information about something or someone reveal – v. to make (something secret or hidden) publicly or generally known pretend – v. to imagine and act out (a particular role, situation, etc.) 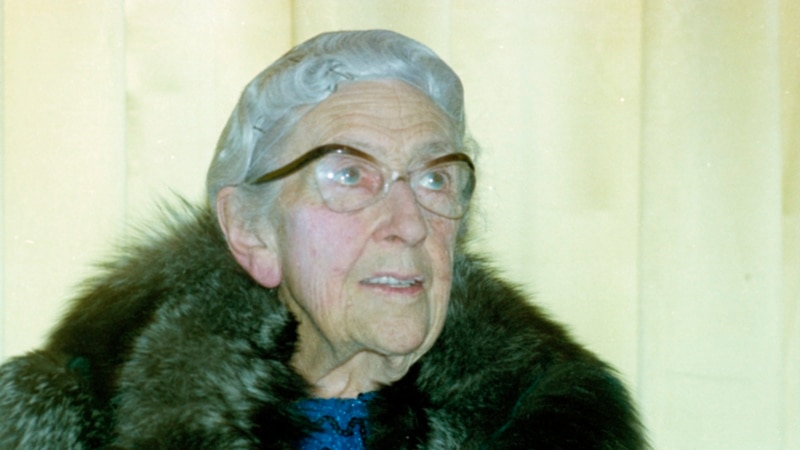