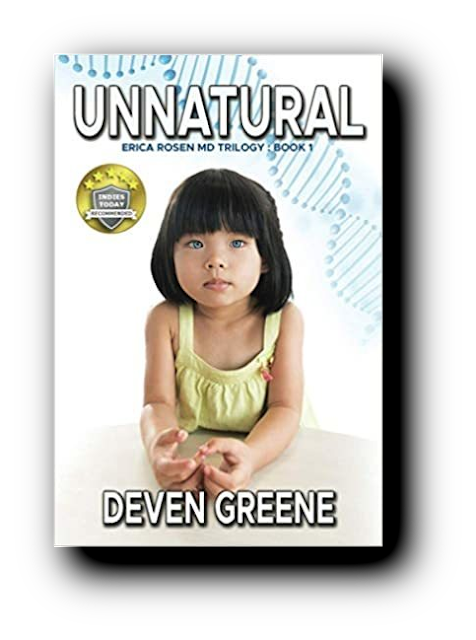 Dr. Erica Rosen is perplexed when she sees a young Chinese girl with blue eyes in her San Francisco pediatrics clinic. The girl’s mother, Ting, is secretive, and Erica suspects she has entered the country illegally. Later, Erica encounters Ting’s son and discovers he has an unusual mutation. Erica learns that Ting’s children underwent embryonic stem cell gene editing as part of a secret Chinese government-run program.

The Chinese government wants to murder Ting’s son to prevent others from learning about his unusual mutation and the secret gene-editing program. At Ting’s urging, Erica heads to China to expose the program and rescue the infant Ting was forced to leave behind, all while attempting to evade the watchful eye of the Chinese government. 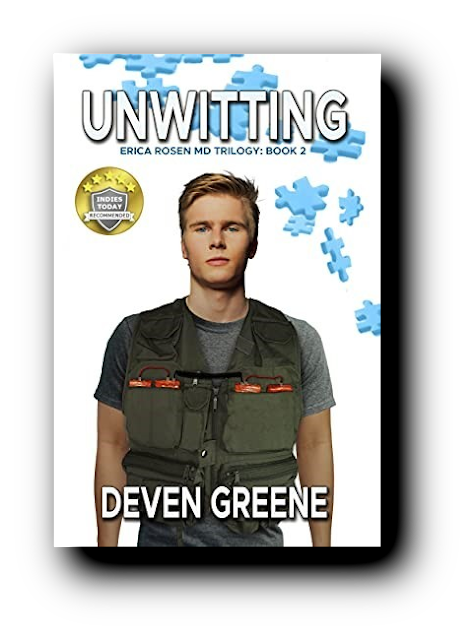 Dr. Erica Rosen’s world is turned upside down after a suicide bomber explodes amidst a large crowd entering Oracle Park baseball stadium, near her San Francisco home. Many are killed or injured, and police have no leads in solving the case.

Erica becomes involved after a teacher of young autistic men contacts her. The teacher believes her students are involved in the bombing but is afraid to contact law enforcement. She reaches out to Erica, who has experience with special needs children.

Erica arrives at the school but finds the police already there and a young autistic man doing a jigsaw puzzle, oblivious to his murdered teacher on the floor. The young man has information about the mastermind behind the bombing but has limited ability to speak. Erica is determined to protect him, prevent further bombings, and find his missing classmates. 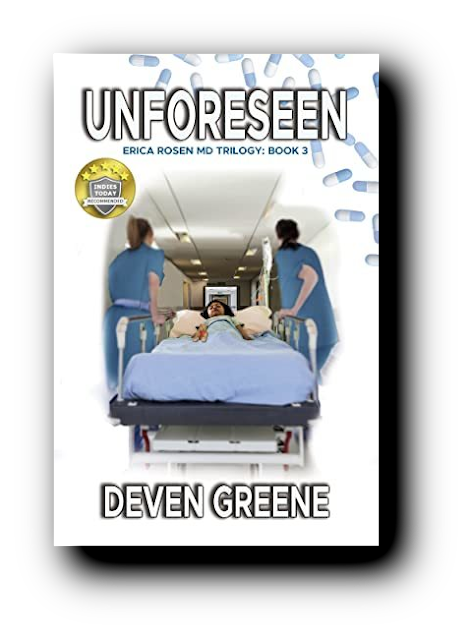 Pediatrician Erica Rosen is stymied when two of her patients don’t respond to medicine as expected. When other patients later develop strange, unexpected illnesses, she is determined to get to the bottom of it.

Meanwhile, the department’s newest pediatrician, Dr. Nilsen, appears to be trying to steal her patients. Erica suspects he is after her job as the clinic director. She also discovers Dr. Nilsen has become romantically involved with her trusted assistant, Martha. One evening, while looking for patient information on Martha’s desk, Erica comes across a list with the names of some of her patients. A boy who recently became ill with a mysterious malady is on the list and has an asterisk by his name. What does that mean?

Erica is convinced something nefarious is underfoot, and Dr. Nilsen, rather than simply being after her job, is engaged in a dangerous scheme involving her patients. Unable to recruit the help of law enforcement in a timely manner, she realizes she must take matters into her own hands. As she proceeds with her investigation, she is unaware of the dangers she is about to encounter.

Deven Greene is giving away autographed copies of the whole Erica Rosen MD Trilogy to one lucky person! 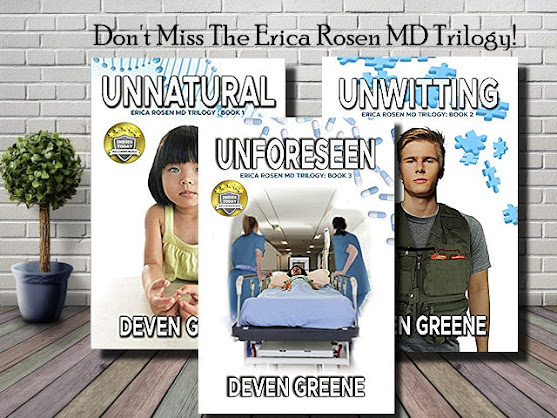 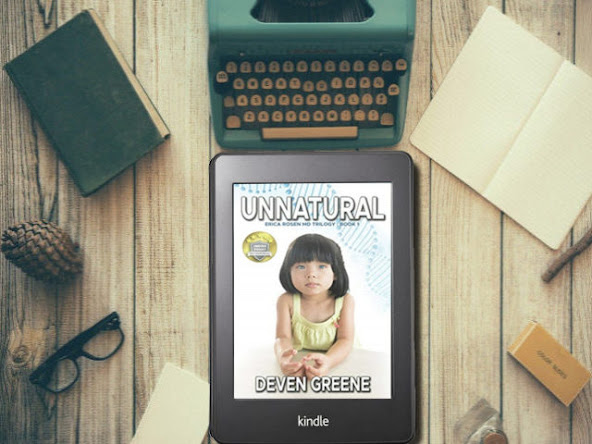 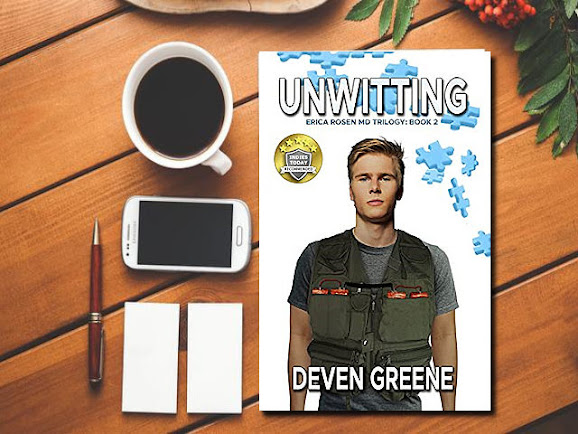 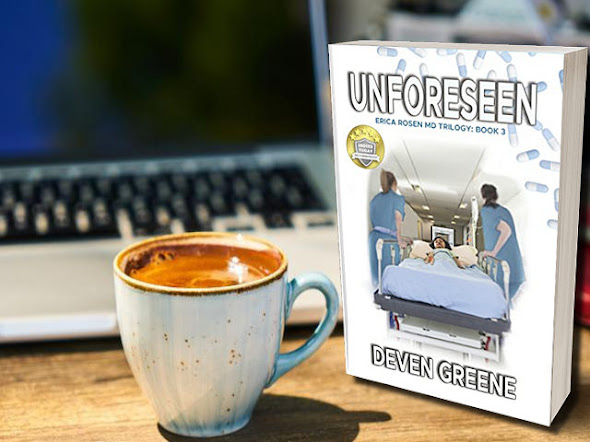 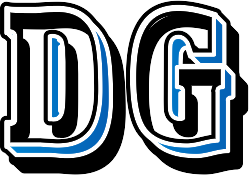 Fiction writer Deven Greene lives in the San Francisco Bay area. Ever since childhood, Deven has been interested in science.  After receiving a doctorate in biochemistry, she went to medical school and trained as a pathologist. She worked for several decades in that field before starting to write fiction. Deven incorporates elements of medicine or science in most of her writing. She has published several short stories. Her debut novel, Unnatural, is the first book of the Erica Rosen MD Trilogy, and was released in January 2021. Unwitting, released in October 2021, is the second Erica Rosen MD novel. Unforeseen is the final book in the Trilogy. Visit her website at www.devengreene.com or connect with her on Twitter and Instagram.