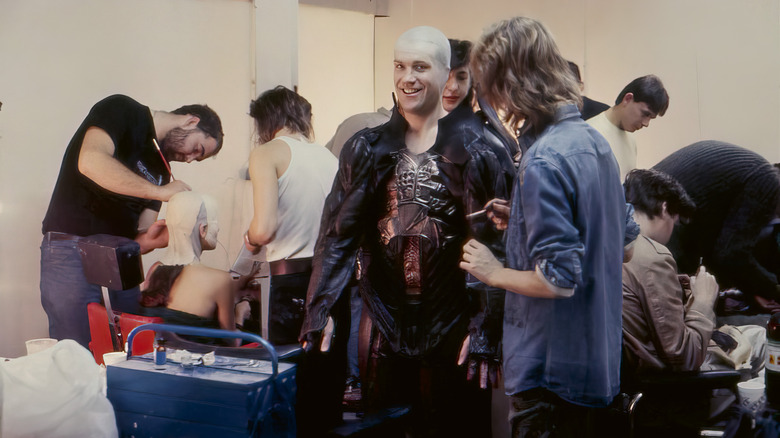 Clive Barker is one of the biggest names in horror. His books, short stories, and films have burned themselves into the horror record books, and even if you don't love all of his work you have to admit he's a singular voice in the genre. The new book "Clive Barker's Dark Worlds," by authors Phil and Sarah Stokes, takes you through Barker's world, providing behind-the-scenes images from his movies, images of his art, and more. Phil and Sarah Stokes are described as Barker's "longtime friends and official archivists," and according to Barker himself, they "have an encyclopedic knowledge of who I am and what I've done [and] understand me better than almost anyone on the planet." 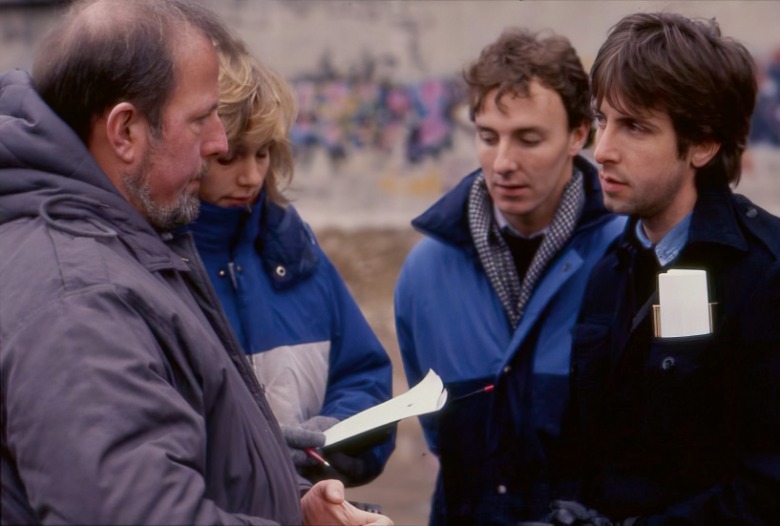 We have an exclusive excerpt from "Clive Barker's Dark Worlds" delving into Barker's most popular title, "Hellraiser." Check it out below, along with some images from the book, which is now on sale. 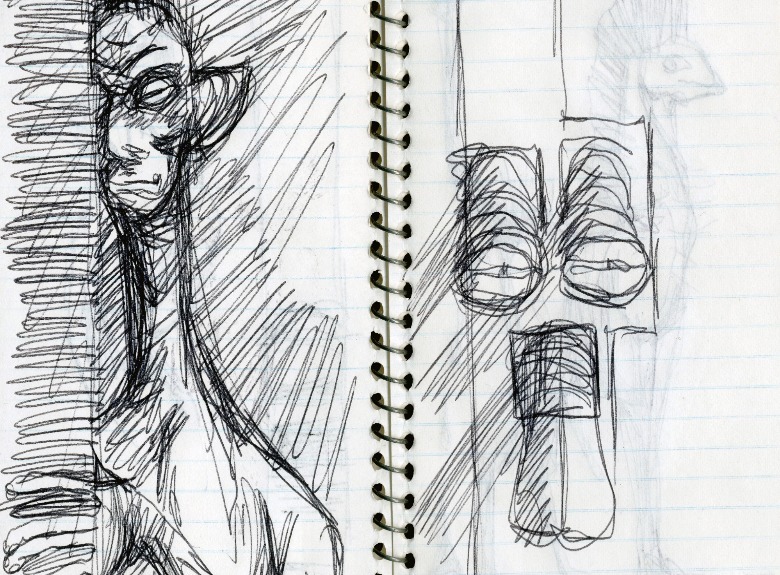 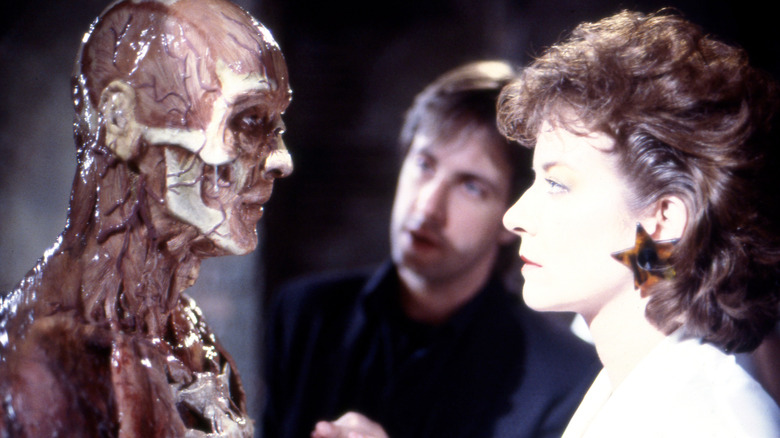 In the upper room of a house in a suburban backwater, Frank Cotton is raising Hell.

His motive? The promise of untold physical pleasure at the hands of these spirits, the Cenobites, creatures who have dedicated an eternity to the pursuit of sensuality.

But when the Cenobites come, they bring pain not pleasure. Frank is tortured, and finally torn apart ...

A year passes, and Frank's younger brother, Rory, moves into the house with his wife Julia. They are hopelessly mismatched; the marriage is on the rocks. Increasingly it is Frank, with whom she had a brief and heated affair, that Julia dreams of.

She's not the only one in love with the wrong person. One of the visitors to the house is Kirsty, a young, dreamy girl much infatuated with Rory.

As the moving goes on, noises begin in the upstairs room.

The odd atmosphere of the room in which Frank died does not go unnoticed by Julia. Indeed she is in the room when, a few days later, Rory injures himself, and appears,

bleeding badly, at the door. Calmly, Julia takes him off to the hospital, leaving the blood that has splashed on to the bare boards to mysteriously evaporate ...

A week later. The house-warming. Julia, bored with the company, retires early. Drawn back to the mystery room she finds Frank, or rather a horrifying shadow of Frank, alive in the darkness. He has fed on Rory's blood and has escaped his captors. But he is far from whole. For that, he will need more blood. 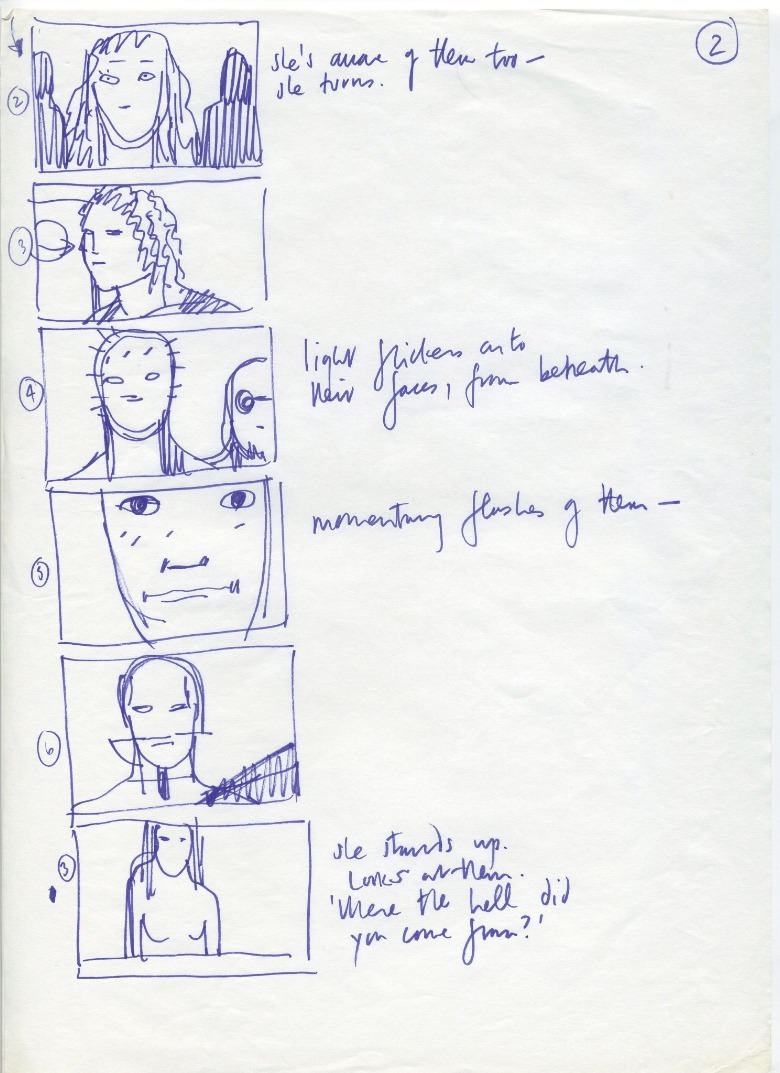 In the following days she seduces a man back to the house, and murders him. Feeding off the corpse, Frank becomes stronger.

Julia's odd behaviour starts to concern Rory, who is ignorant of what is happening, and he asks Kirsty to talk with her. Arriving at the house, Kirsty sees Julia inviting another victim inside.

She investigates, and upstairs finds the monstrous Frank draining life from a second victim, slaughtered by Julia.

Frank comes within a hair's breadth of killing Kirsty in the subsequent pursuit, but she distracts him by throwing his precious box out of the window. She thus escapes, picking up the box as she flees.

She wakes up in hospital, terrified and alone ...

Back at the house, Julia and Frank plan their escape together. First, says Frank, I need a skin ...

At the hospital, Kirsty solves the puzzle of the box, and raises the Cenobites. Once summoned, they are not willing to leave empty-handed: they want her body and soul. She makes a bargain with them. If she can lead them to their escaped prisoner Frank, she can go free.

She returns to the house, and finds Rory there, much the worse for a confrontation with Frank. The truth is out, Julia tells Kirsty, and Frank's unnatural life has been ended.

Kirsty is horrified. With Frank already dead, her bargain with the Cenobites is ren­dered useless. Her soul will be forfeit.

She starts to leave the house, but as she does so Rory addresses her, using a turn of phrase Frank has used several times earlier. She becomes suspicious, and in the subse­quent struggle with the man she assumes to be Rory, the skin of his face slides off. 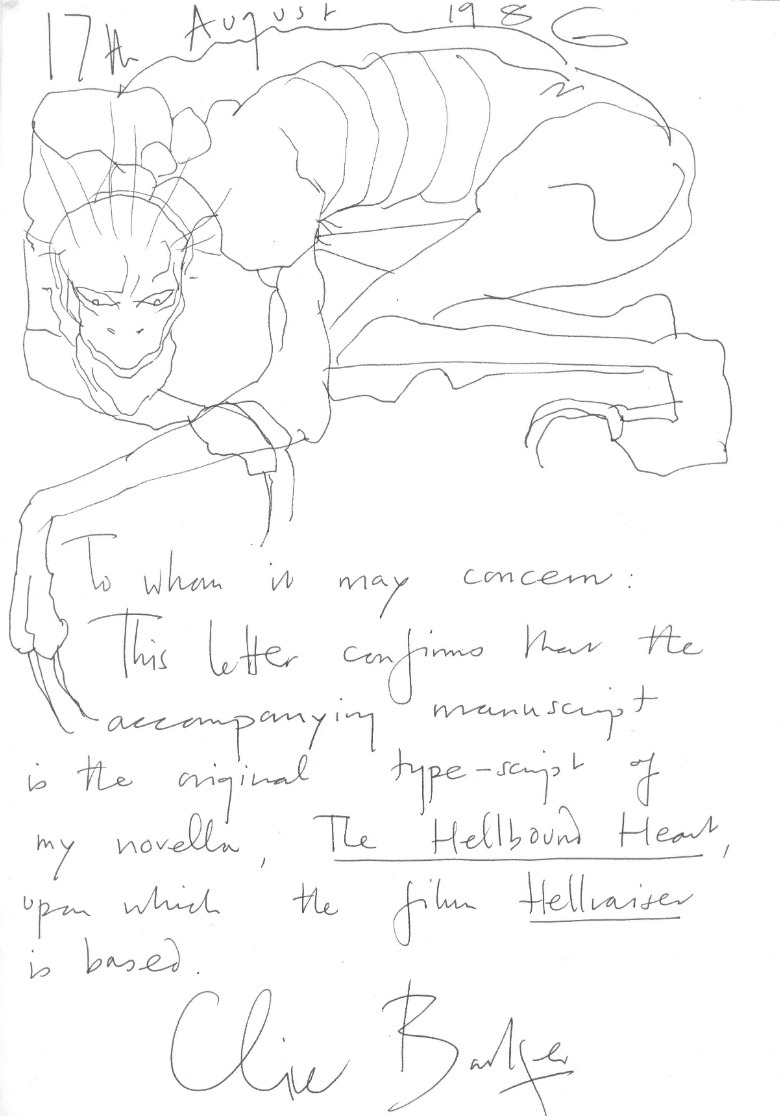 Together, he and Julia have killed Rory, and now Frank is wearing his brother's skin.

Julia attacks Kirsty, but in the confusion of the struggle Julia is fatally stabbed by Frank, leaving Kirsty to escape by the only route available to her-upstairs.

With Frank in pursuit she stumbles first over the corpses of Julia's victims, and then in the spiralling hysteria of the chase, over Rory's skinned body.

Finally, Frank corners her, and boasts of how he has successfully stolen his broth­er's identity.

His celebration is cut short, however, as the Cenobites appear.

Realising Kirsty has conspired against him he tries to slaughter her, but the visitors quickly have their hooks in him. Telling Kirsty to leave the house before all Hell breaks loose, the Cenobites tear Frank limb from limb.

On the lower floor Kirsty encounters another demon, nursing Julia's head on its lap. Hungry for fresh victims, it pursues Kirsty, but she escapes with soul and sanity intact, leaving the demons to finish their business within.

In the street outside, a shadowy figure collides with her, and then runs off into the darkness. In her hands Kirsty finds the box, the Lament Configuration, sealed up once more and waiting to seduce some fresh innocent into raising Hell. 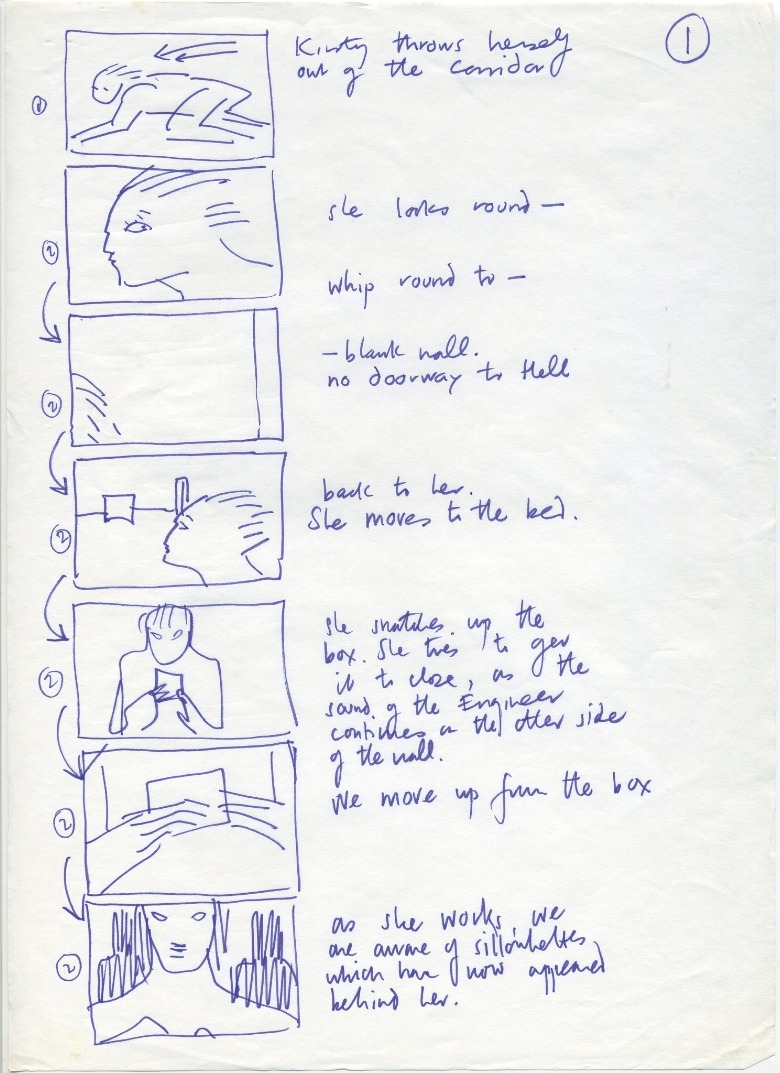 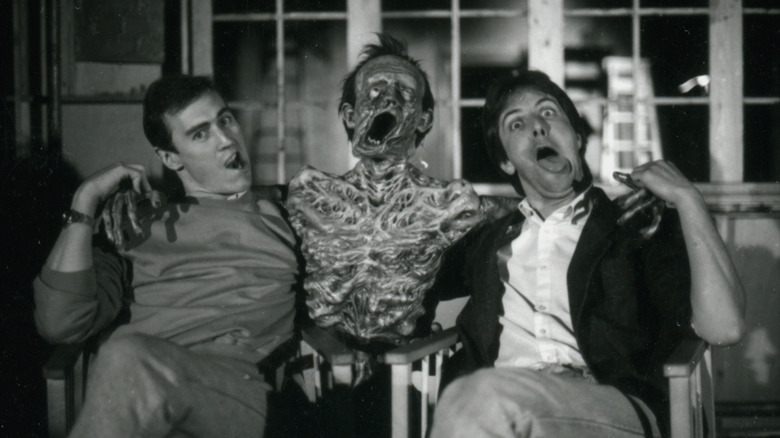 Born in 1952, Barker is a novelist, playwright, author, film director, and visual artist. In the 1980s, Barker rose to prominence with a series of short story collections called "Books of Blood." It surely helped Barker's career that his colleague Stephen King said, "I've seen the future of horror . . . and his name is Clive Barker." Barker jumped into the film world writing screenplays for films "Underworld" (no, not the vampire "Matrix" rip-off) and "Rawhead Rex." 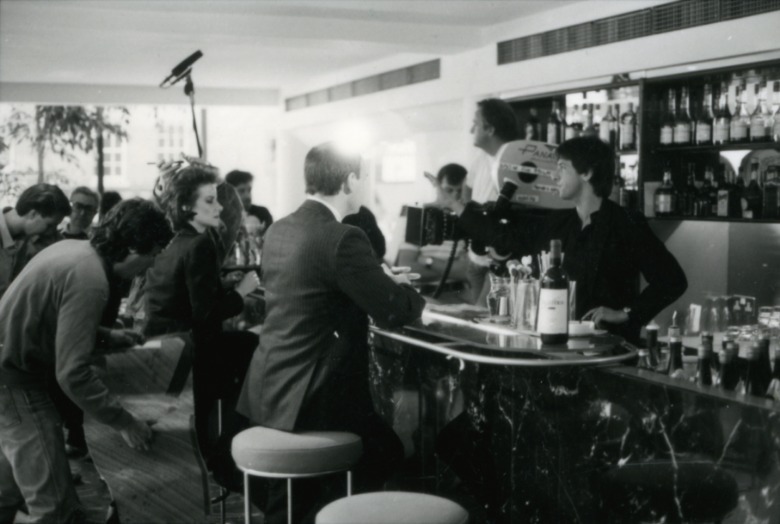 Unhappy with how they turned out, Barker decided to move into directing. His feature debut was "Hellraiser," adapted from his novella "The Hellbound Heart." It immediately rocketed Barker to even bigger fame. His filmmaking output over the years would be sporadic, but he'd continue to write novels and short stories, and create art along the way, too. He'd also pop up in cameos in other people's films, like the goofy Stephen King flick "Sleepwalkers."

I'll confess that I'm kind of iffy on "Hellraiser." I love the artistic blend of gore and beauty, but I never connected with the series as much as other horror fans. I'm still a fan of Barker's work, though. Particularly his short stories, which are scary, sexy, and strange, often all at the same time. 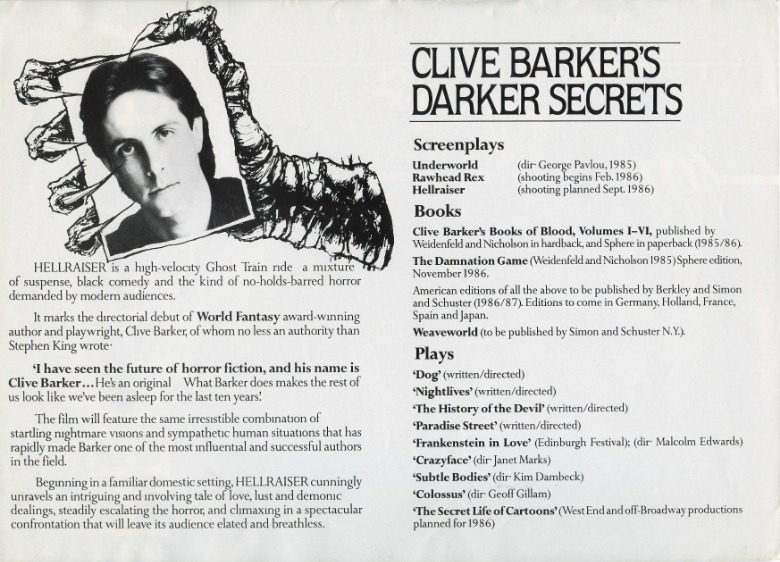 "Clive Barker's Dark Worlds" promises to span "Barker's world, highlighting classics such as the character Pinhead, an icon in the pantheon of horror cinema; the Hellraiser series of ten films and a forthcoming HBO miniseries; and the cult films Nightbreed and Candyman, the latter of which was rebooted as a Jordan Peele production in 2021." The official synopsis adds:

In literature, Barker has written the horror anthology series Books of Blood, which was recently adapted by Hulu, as well as numerous fantasy sagas. Weaveworld and The Great and Secret Show have become instant genre classics, and Abarat is a beloved bestselling series for young adults. In the world of comics, Barker has partnered with major publishers such as Marvel and BOOM! Studios. This tireless creator has also dipped his toes into the worlds of toys, video games, and art, and his incredible collection of paintings, drawings, and photographs have been exhibited in galleries over the world. 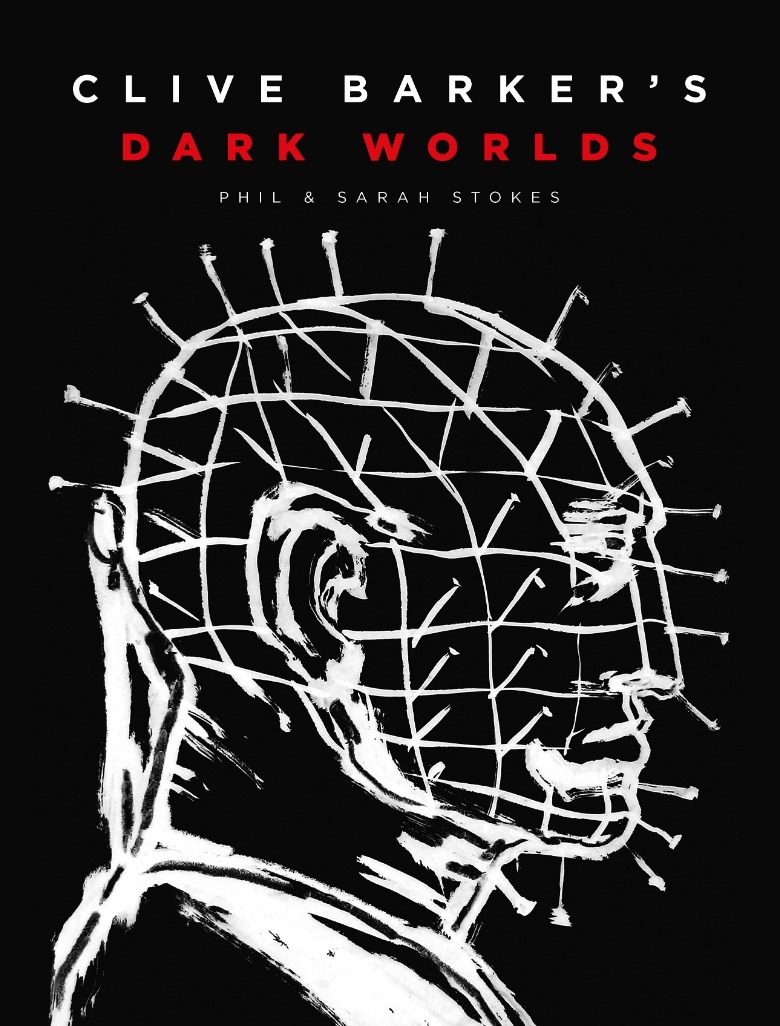 Read this next: The 50 Best Documentaries You Can Watch On Netflix Right Now (July 2022)