Broadway’s Beetlejuice comes back from the dead 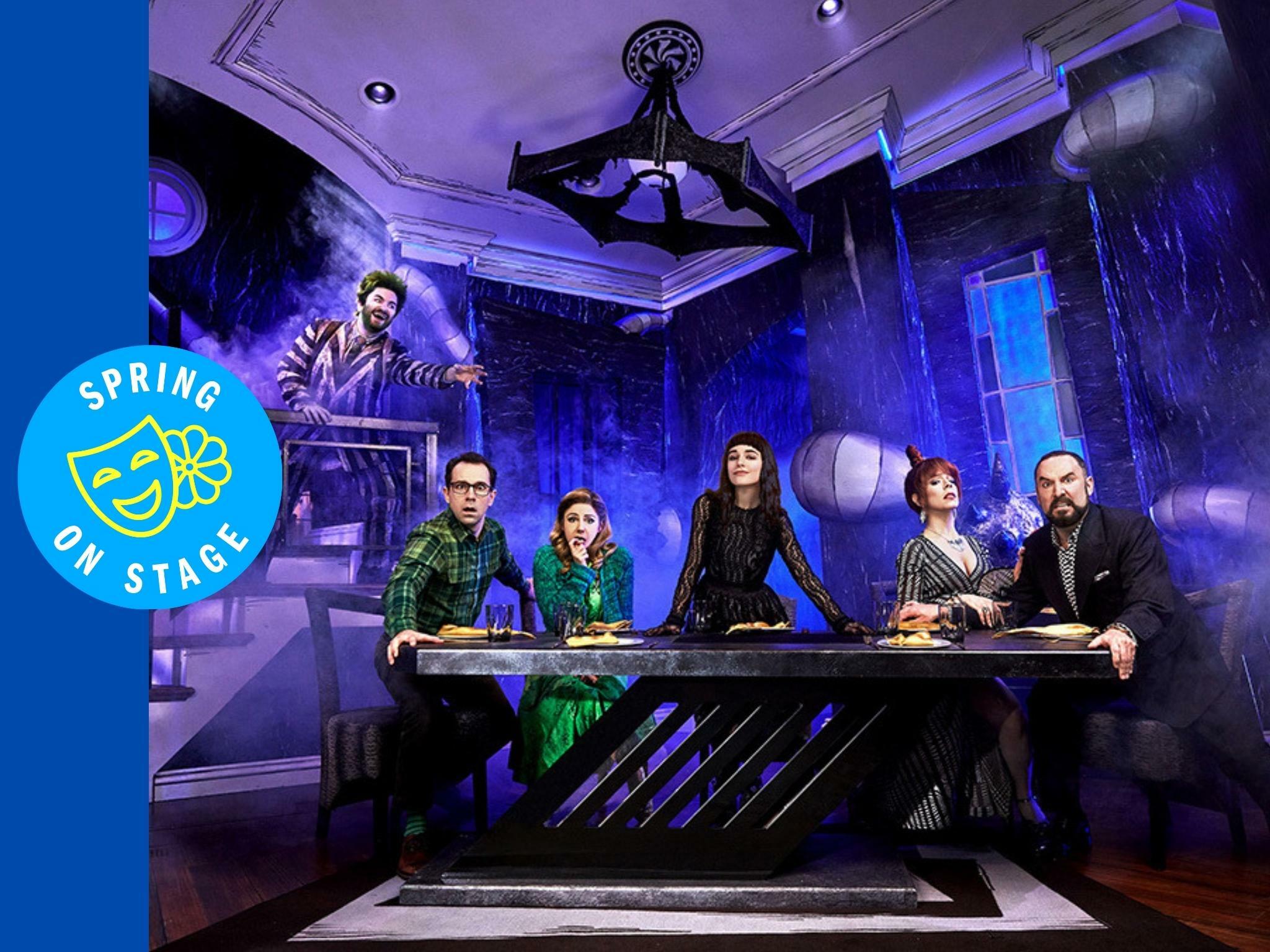 Beetlejuice has been summoned back to Broadway. Five blocks south from its original Broadway home, the Winter Garden Theater, the Tony-nominated musical answers the call from its new haunt: the Marriott Marquis Theater.

The musical stage adaptation of the 1988 Tim Burton-directed film of the same name resumed performances April 8, nearly three years after its original Broadway opening. With a book by Scott Brown and Anthony King, and music and lyrics by Eddie Perfect, the story does loosely follow the original source material, but due to mixed reviews from critics and sluggish ticket sales, the musical version got off to a slower start than its film predecessor. The development of a strong cult following turned everything around for the ghost with the most.

The resonance with fans was gradually reflected through a boost in ticket sales in late 2019—eventually breaking multiple box office records for the Winter Garden just as the musical announced its June 2020 closing date because of its low grosses during the previous summer and contractual obligations. The COVID-19-induced Broadway shutdown beginning March 12, 2020 meant Beetlejuice was laid to rest earlier than expected, which left fans and company members disappointed.

“The heartache of when we got word we were shutting down was gutting,” says Rachel Bauder, Beetlejuice’s Production Stage Manager. “We had a final moment that we didn't realize was our final moment. When we came to load out everything still in the theatre [in September 2020], everything was as it was when we left it. Calendars still read March, props and costumes sitting untouched. There was still confetti on the stage from the last performance.”

When it was announced that Beetlejuice would be resurrected, fans and members of the company eagerly awaited the moment to shout the iconic line, “It’s showtime!”

“It really hit me during the first rehearsal,” says Leslie Rodriguez Kritzer, who reprises her role as Delia Schlimmer. “It was like a reunion. When we first walked in and realized we would get to work on this show we love together again, it was emotional.”

Beetlejuice is no stranger to reincarnation. Throughout its original run, the introduction lyrics to “The Whole ‘Being Dead’ Thing” were tailored for special performances, like the 2019 Tony Awards, Macy’s Thanksgiving Day Parade, and the Today Show. The two-year pandemic break provides one more lyric change for Tony nominee Alex Brightman to sing as the titular character to subtly acknowledge the new collective circumstances.

“The pandemic changed us all so much,” says Kritzer. “It feels like the show has more weight than it did before, and it's funnier than it was before. We’re rediscovering our characters and the relationships between them.”

Beyond the lyrics and reexamining characters awaited a technical challenge: fitting David Korins’ Tony-nominated scenic design into a new space. Bauder and the rest of the Beetlejuice’s stage management team collaborated with the Marquis Theater’s permanent, in-house technical crew to solve the puzzle. Tech rehearsals were used to map out a backstage flow based on what had worked at the Winter Garden, then adjusted to the Marquis Theater’s specifications.

“We could anticipate the questions and try to get ahead of what wouldn’t work,” says Bauder. “The backstage choreography is sometimes more elaborate than the onstage choreography. There's so much less space and there's so many more things. It all has to happen in a very specific way or else scenery won’t make it on stage on time or an actor won't have room to make an entrance.”

Beetlejuice joins the short list of shows that transferred theaters after already opening on Broadway, like fellow Winter Garden show Mamma Mia!, which played for 12 years before moving to the Broadhurst Theater for the remainder of its run. Beetlejuice played less than a year at the Winter Garden, but has already witnessed excitement for its new (after-)life at the Marquis. The first performance in the new theater was filled with “die-hard” fans who had been anticipating the day(-o).

“I got dressed early just so I could stand on the deck and experience it,” says Kritzer of the re-opening night. “From the downbeat of the overture, you could hear the audience. You could feel the energy coming from the audience. There was a vibration. Every time someone stepped out onto the stage, the show stopped [for applause]. Everything we did, we could feel it. I’ve never experienced anything like it in my life.”

Beetlejuice’s fans, affectionately called the Netherlings, received their own tribute through a fan-art mural that makes up one of the interior lobby walls outside the theater’s entrance. A large factor in the ever-growing group of Netherlings is Beetlejuice’s social media team, who quickly tapped into and celebrated the show’s fan art and cosplay communities during the original run. The musical also got an early start on TikTok, before the app’s meteoric rise during the pandemic, leading to fans who weren’t alive when the film was released.

“It's very moving because it's not expected—you get into a show and you don't think you're going to have an impact on people,” says Kritzer. “Time and time again, I hear, ‘This show got me through a difficult time. It made me feel stronger. It taught me to be more myself.’”

While there were plenty of necessary modifications for Beetlejuice’s second run, those messages of empowerment weren’t lost in translation, perhaps taking on more meaning now.

“We say that Beetlejuice is a show about death, but it's actually a show about life,” says Bauder. “It’s about a demon who craves the things that come with being alive, and this young girl's journey toward accepting that there’s so much that life has to offer. Even though you might feel like an outsider or you might not have the family that you want, you can still find the roots that you need to grow into the best version of yourself.”