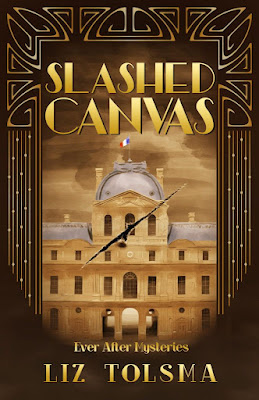 Held prisoner by all she’s lost, Katarina’s about to lose all she has.

Grand Duchess Katarina Volstova barely escaped the Russian revolution, arriving in Paris just before the birth of her twin daughters. With her heart still captive in her homeland, she haunts the Louvre each day, spending hours gazing at one painting, lost in her pain.

Not the man he once was, Timothy Smythe never returned home to England after the Great War. Instead, he hides himself away doing maintenance in the Louvre and watching the beautiful woman whose pain seems riveted on one painting.

When Katarina returns home to find her daughters and their nanny missing, the loss opens her eyes to all she has to lose now.

Frantic to find her girls, her distress causes Timothy to offer his assistance. Together they put together clues to a puzzle they must complete before the kidnapper ensures Katarina and her daughters are never reunited.

Slashed Canvas offers a retelling of The Lost Princess that mingles self-centered grief, spoiled little girls, and proof that nothing will stop a mother from saving her children. 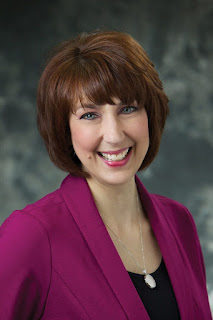 Liz Tolsma is the author of several WWII novels, romantic suspense novels, prairie romance novellas, and an Amish romance. She is a popular speaker and an editor and resides next to a Wisconsin farm field with her husband and their youngest daughter. Her son is a US Marine, and her oldest daughter is a college student. Liz enjoys reading, walking, working in her large perennial garden, kayaking, and camping. Please visit her website at www.liztolsma.com and follow her on Facebook, Twitter (@LizTolsma), Instagram, YouTube, and Pinterest. She is also the host of the Christian Historical Fiction Talk podcast.

How Slashed Canvas Came to Be

It was the last evening of the SoCal Christian Writer’s Conference three years ago. A group of us decided that frozen yogurt sounded good, so we walked the few blocks from the university where the conference was being held to the local fro-yo shop.

On the way back, I was walking alongside fellow author Chautona Havig. We were chatting about various projects we had underway, and she mentioned that she and Sandy Barela from Celebrate Lit had come up with an idea for a boxed set. This involved taking a fairy-tale and turning it into a 1920s mystery. Would I be interested?

You don’t have to ask me twice if I’d like to be in a set with Chautona that’s put out by Sandy. Before I knew what was happening, I was agreeing to it. Then we got talking about what fairy tales I might use. As soon as she said The Lost Princess, an idea sparked in my brain. It really was that instant. 1920s. Princess. Russia. Exile.

This might come as a surprise to both Chautona and Sandy, but I really didn’t know the story of The Lost Princess. Not at all. When I was working up the idea, I had to read the story and figure out how to make my idea mesh with the fairy tale. Thankfully, the story did work well with what I intended to do with Slashed Canvas.

And that title? Well, that was quite difficult. At the time, my niece was staying with us and interning for me. One night, we sat and ran through idea after idea until we came up with “Something” Canvas. I wanted a strong adjective and we offered and rejected many until we came up with Slashed Canvas. I hadn’t written a word of the book, but I managed to work a slashed canvas into the story.

And what about the painting in Slashed Canvas? I knew I wanted it to be by a Russian artist and hang in the Louvre, but there weren’t (and aren’t) many paintings like that in the Louvre. Russia has been loath to allow any of its art to leave the country. So what was I going to do? I really was going crazy.

Then I spoke on the phone to Kristy Cambron. Not only is she a fabulous author, but she also has a degree in art history. It was her idea to make up my own painting. That way, I could make it work however I needed it to for the story. What a relief. I did just that, and the story flowed from there.

And the clues to the mystery? Those were my dad’s ideas. I won’t say more because I don’t want to spoil anything!

So that’s how Slashed Canvas came to be. It was the work of so many different people. Authors, much as we hide behind our computers, never work in a vacuum. Very often, there are many fingers in the pie to make the finished product.

For the Love of Literature, March 8

For Him and My Family, March 10

Through the Fire Blogs, March 20 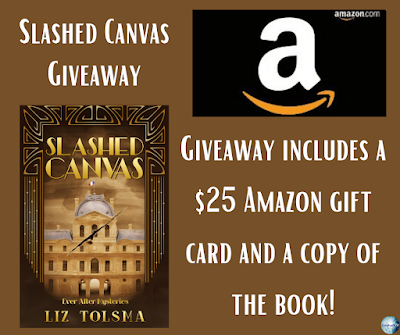 To celebrate her tour, Liz is giving away the grand prize package of a $25 Amazon gift card and copy of the book!!

Be sure to comment on the blog stops for nine extra entries into the giveaway! Click the link below to enter.

Slashed Canvas the eighth installment from the multi author series, Ever After Mysteries. I have enjoyed the previous books in the series and as a huge fan of Liz Tolsma, I could not wait to read it. I was far from being disappointed. It is probably my favorite of the eight I have read. I like how it is the retelling of The Lost Princess. I have always been fascinated by the Russian Revolution and was instantly intrigued with the character, Grand Duchess Katarina Volstova. The historical details of the book made me feel as though I was part of her world and travelled to Paris along with her. I just feel her heartache she experienced. As if she has gone through enough, she gets involved into more heart break. I thought that she and Georges made a perfect team together while they try to solve the mystery. I was hooked from the start, wanted to keep reading to see how it would all end for them and how it would be solved. Great way to spend a few hours. I loved it!

I am giving Slashed Canvas a very well deserved five plus stars. I highly recommend it for readers who enjoy reading clean historical fiction. I hope there will be more books from the Ever After Mysteries series to be released in the future. As always, I will be looking more by Liz Tolsma.

I received a digital copy of Slashed Canvas from the publisher, but was not required a positive review. This review is one hundred percent my own honest opinion.