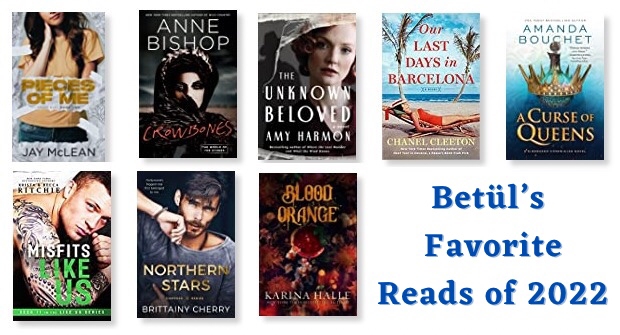 We are nearing the end of the year so it is time to highlight my favorite reads of 2022. The books will be in random order. 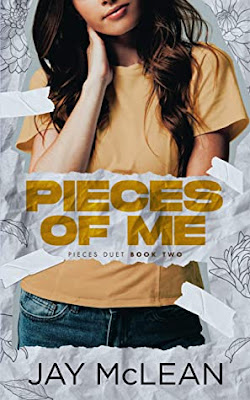 “I loved you then,
I love you now,
and I’ve loved you every single day in between.”Jameson Taylor is a nomad. A drifter. A memory collector.Or, at least, that’s what’s become of her life ever since she was forced to leave pieces of her fractured heart behind.“This is the fault in our fate, our one undoing:
All he’s ever wanted is my happiness,
even when it costs him his own.”Holden Eastwood is resentful. Angry. But most of all, hurt.Torn to pieces by the girl who left him, he struggles to find forgiveness in the organ she once broke.When a tragedy forces them to face the aftermath, Jamie seeks acceptance, while Holden searches for answers.What they find, instead, are remnants of their love.Fragments of forever.And parts of a puzzle that will lead them to the truth…A truth that might shatter them to pieces. 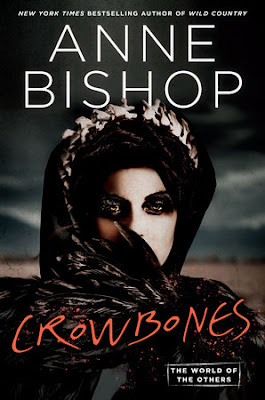 In this engrossing and gripping fantasy set in the world of the New York Times bestselling Others series, an inn owner and her friends must find a killer-before it's too late....Crowbones will gitcha if you don't watch out!Deep in the territory controlled by the Others-shape-shifters, vampires, and even deadlier paranormal beings-Vicki DeVine has made a new life for herself running The Jumble, a rustic resort. When she decides to host a gathering of friends and guests for Trickster Night, at first everything is going well between the humans and the Others.But then someone arrives dressed as Crowbones, the Crowgard bogeyman. When the impostor is killed along with a shape-shifting Crow, and the deaths are clearly connected, everyone fears that the real Crowbones may have come to The Jumble-and that could mean serious trouble.To "encourage" humans to help them find some answers, the Elders and Elementals close all the roads, locking in suspects and victims alike. Now Vicki, human police chief Grimshaw, vampire lawyer Ilya Sanguinati, and the rest of their friends have to figure out who is manipulating events designed to pit humans against Others-and who may have put Vicki DeVine in the crosshairs of a powerful hunter-- 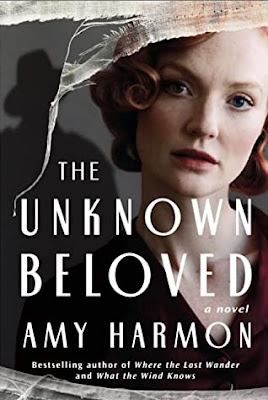 From the bestselling author of Where the Lost Wander and What the Wind Knows comes the evocative story of two people whose paths collide against the backdrop of mystery, murder, and the Great Depression.Chicago, 1923: Ten-year-old Dani Flanagan returns home to find police swarming the house, her parents dead. Michael Malone, the young patrolman assigned to the case, discovers there’s more to the situation—and to Dani Flanagan herself—than the authorities care to explore. Malone is told to shut his mouth, and Dani is sent away to live with her spinster aunts in Cleveland.Fifteen years later, Michael Malone is summoned to Cleveland to investigate a series of murders that have everyone stumped, including his friend and famed Prohibition agent Eliot Ness, now Cleveland’s director of safety. There, in a city caught in the grip of a serial killer, Malone’s and Dani’s paths cross once again.Malone is drawn to Dani and her affinity for the dead and compassion for the destitute. It doesn’t take long for him to realize that she could help him solve his case. As terror descends on the city and Malone and Dani confront the dark secrets that draw them together, it’s a race to find the killer or risk becoming his next victims. 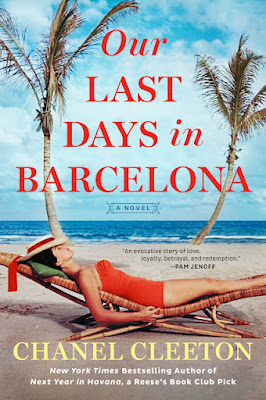 When Isabel Perez travels to Barcelona to save her sister Beatriz, she discovers a shocking family secret in New York Times bestselling author Chanel Cleeton’s new novel.Barcelona, 1964. Exiled from Cuba after the revolution, Isabel Perez has learned to guard her heart and protect her family at all costs. After Isabel’s sister Beatriz disappears in Barcelona, Isabel goes to Spain in search of her. Joining forces with an unlikely ally thrusts Isabel into her sister’s dangerous world of espionage, but it’s an unearthed piece of family history that transforms Isabel’s life.Barcelona, 1936. Alicia Perez arrives in Barcelona after a difficult voyage from Cuba, her marriage in jeopardy and her young daughter Isabel in tow. Violence brews in Spain, the country on the brink of civil war, the rise of fascism threatening the world. When Cubans journey to Spain to join the International Brigades, Alicia’s past comes back to haunt her as she is unexpectedly reunited with the man who once held her heart.Alicia and Isabel’s lives intertwine, and the past and present collide, as a mother and daughter are forced to choose between their family’s expectations and following their hearts. 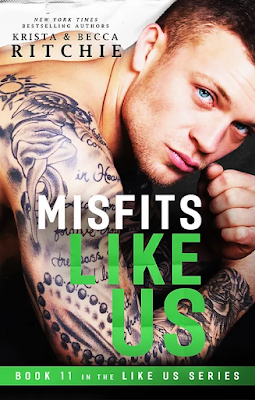 As the eldest daughter of famous parents, Luna Hale is anything but normal. She escapes most days inside the fandoms she loves and the fics she writes, and she’s accepted that real life just sucks more than fiction. But there is someone who could rival every swoony man inside her imagination.And he only lives three floors below her. Too bad he’s incredibly off-limits. Her brother’s bodyguard, eight years older (okay, sometimes, nine), and the son of meth addicts—the tattooed, shameless bodyguard is the only one her dad really hates. But Luna isn’t sure exactly why.She’s trying not to be hung up on him.Paul Donnelly is trying not to be hung up on her.With his life among the security team and his friends at stake, he doesn’t need to make waves among the Hales, especially the notoriously overprotective Loren Hale, the self-proclaimed Emperor of Petty. But when Donnelly’s two best friends set a time and place for a double—no, a “triple” date—the countdown to finding a date is on.Donnelly has no idea who he should bring. He just knows it can’t be her.Luna finds herself in the same predicament as bad luck unfolds. Find a date.And it can’t be him.Yet, the more they try to stay away, the more the universe has other plans. Nowhere in Luna’s wildest imagination could she have predicted what happens next.The slow burn heartache, feel-good fandom chats, lifelong friendships, and epic cosmic love of this next installment in the Like Us series will send your hearts into orbit with Luna & Donnelly, and you won’t want to make a landing without them. 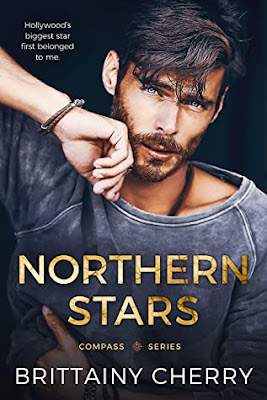 Hollywood's biggest star first belonged to me.Northern Stars is an angsty, new adult, second chance standalone romance from Brittainy Cherry.Breaking up with your high school sweetheart was one thing.Breaking up with a famous Hollywood actor? That was a different situation.I’d been in love with Aiden Walters since I was a little girl. We’d grown up as neighbors in our small town. He was my first love, and I was his. I was there when his career took off, and I was certain I’d always be a part of his life.But just when his Hollywood star began to really shine, the internet blew up with the news of his real-life girlfriend at home. When I realized he was spending more time defending me than focusing on his career, I did the only thing I could do - I let him go.Five years later, he was back home staying in the only hotel in our small town. Of course, it was the one I managed. I was forced daily to see the man whose heart I’d broken all those years ago.The man who now resented me.The man who grimaced with annoyance every time he looked my way.The man who swore he’d never speak to me again.It was clear that I was now his sworn enemy. Still, during our arguments, I saw the sparks of the boy I grew up loving. I craved his warmth, his touch, and the feelings that we once had.I had to remind myself daily of why I ended things with him in the first place. Otherwise, I’d find myself falling in love with him all over again. Only this time, I was certain that if I fell, he wouldn’t be willing to catch me. 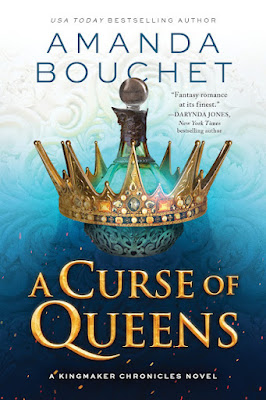 Discover an all-new adventure in USA Today Bestselling author Amanda Bouchet’s thrilling, white-hot fantasy series, The Kingmaker Chronicles!The queen has been cursed, and no one knows who’s behind the plot to threaten the realm’s fragile peace. Desperate to help, Jocasta hatches a plan to find Circe’s Garden, a fabled island where she hopes to discover an antidote. But she can’t do it alone. She needs the strong arm and unflinching bravery of the warrior she’s loved since childhood—her brother’s right-hand-man and captain of the guard, Flynn of Sinta.Together they can do the impossible. Yet with treachery brewing on Mount Olympus, one thing is clear: Thalyria and its new royals are still pawns in an epic game of power—one that might end in a War of Gods. 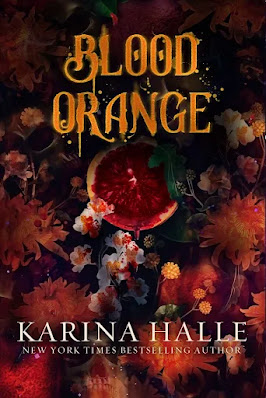 From New York Times bestselling author Karina Halle comes a dark and delicious Dracula retelling filled with secrets and lies, dangerous liaisons and a forbidden, student-teacher, second chance love story with a twist."My heart will always find yours."Dahlia Abernathy has only known revenge. When her parents were killed at an early age by vampires, Dahlia spent the rest of her life under the thumb of the Witch's Guild being trained to kill them. Her latest mission sends her undercover to a prestigious music academy in Venice, Italy. Her goal? To kill Professor Valtu Aminoff, her teacher and the notorious vampire who inspired Bram Stoker's Dracula.But getting close to a dangerous vampire like Professor Aminoff is one thing. Falling for him is another. With Dahlia's appearance disguised under a glamor spell, Valtu has no idea that the woman who has become his new dark obsession is actually the reincarnation of the woman he loved and lost twice before.And Dahlia doesn't remember that the very man she has been sent to kill is the love of her life.Will their love come through and transcend time once again? Or are the fated lovers destined to let history repeat itself?