Best movies by LGBTQ+ creators on Netflix, because Pride doesn’t end in June 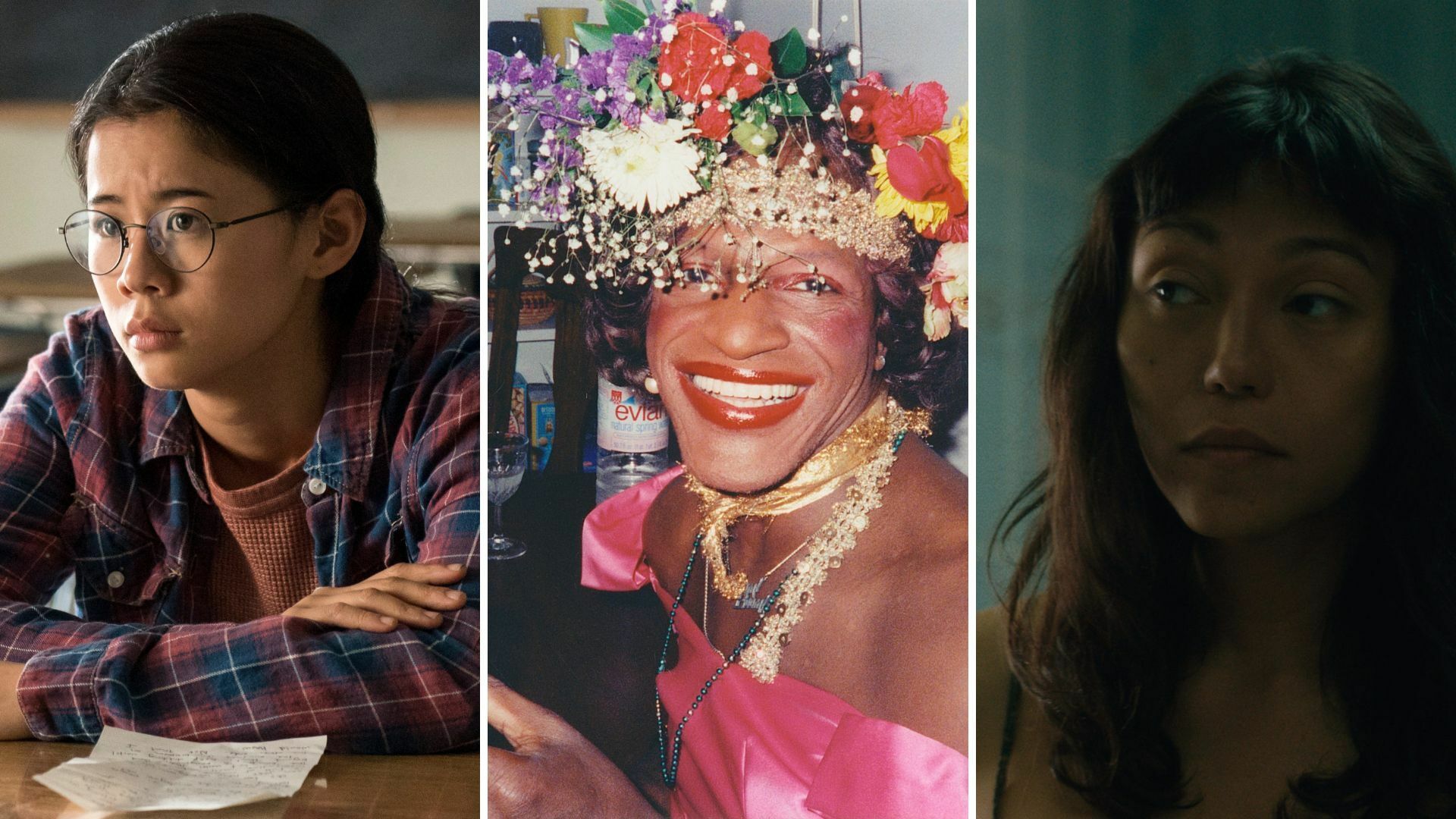 Contrary to what some politicians might want us believe there is never a bad time to say “gay.” Say it in class, whisper it at the DMV, scream it off of mountaintops and at strangers in the fast-food drive-thru alike. Similarly, one month of the year isn’t nearly enough to contain our LGBTQ+ multitudes — especially when it comes to a list. Gays love a list! Believe me, I speak from experience. And since Netflix is right there all twelve months of the year — yes, even including the incredibly homophobic month of February (you know what you did, February) — why bother trying to contain Pride?

Thanks to Netflix, you’ve got round-the-clock access to queer horror flicks, rousing musicals, sweeping historical dramas, and sweet little teen rom-coms, all of them lovingly crafted by the capable hands of their talented queer creators.

Every kind of movie you could ever want, we got it, right here in our list of the 10 best LGBTQ+ movies now streaming on Netflix.

Writer/director Chris Kelly, an SNL and Broad City alum, based this 2016 dramedy on his own experience of losing his mother to cancer. Jesse Plemons plays David, a struggling young comedy writer who leaves New York to take care of his sick mother back home in Sacramento. Molly Shannon co-stars as his mother, Joanne, in what might be a career-best turn — give or take a Year of the Dog, that is. The mordantly funny film manages to wring as many laughs from David bristling at the small-city life of Sacramento that he wasn't missing (with some fine funny assistance from John Early playing David's high school best friend, Gabe) as it does from that funniest of topics — people dying of cancer. Adorable Zach Woods plays David's ex back in NYC while Bradley Whitford does fine work as David's disapproving conservative father, but this is mainly Shannon and Plemons’s show, and they knock it out of the park. It’s a tearjerker with a ton of laughs.

How to watch: Other People is now streaming on Netflix. 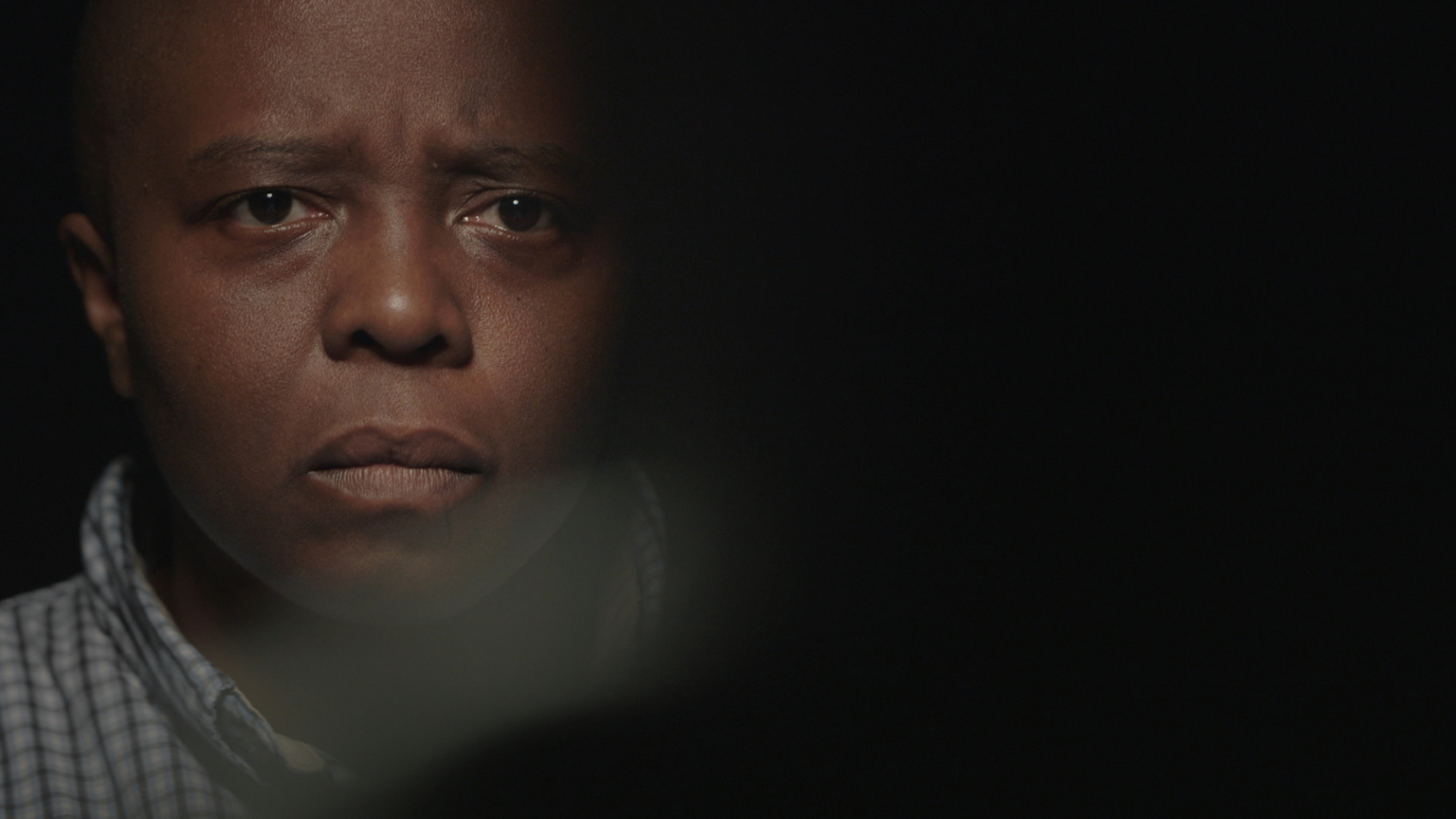 Director Yance Ford's devastating 2017 true crime documentary Strong Island tells the story of his family and their shared tragedy, piecing it together like a puzzle from the center out. Starting with his parent's move from the racially segregated South to the New York City suburbs, up through his brother's murder in 1992 and the killer's subsequent acquittal by an all-white jury, and then up to the present, Ford devastatingly illustrates how that betrayal of justice has affected them all ever since. The intimacy of Ford's document is its most striking feature — it feels very much like one person sitting in a room making their case, laying out the evidence, piece by piece. It's as raw as they come, especially when Ford allows the camera to linger on his own pain. The film was nominated for Best Documentary Feature at the Oscars that year, making Ford the first openly transgender man to be nominated for any Academy Award. (Oh, and it should have won, too.)

How to watch: Strong Island is now streaming on Netflix.

Proving that the rom-com is only dead on the big screen, the most common and popular kind of queer story on Netflix is the teenage love story. For my money, the best one of them all is the 2020 movie The Half Of It from lesbian filmmaker Alice Wu. In this gentle update of the classic Cyrano de Bergerac story, shy, over-achieving high schooler Ellie Chu (Leah Lewis) is recruited by the dopey but sweet jock Paul (Daniel Diemer) to write romantic texts for the girl he is smitten with (Alexxis Lemire), but before you know it, everybody’s all tangled up in the usual rom-com kerfuffles. What sets The Half of It apart is its delicacy, its sweetness, and its generosity toward all its characters, a fundamental element of perfecting the rom-com that eludes far too many but which Wu proves a capable and deft hand at. These are all good, likable people, and we want them all to win, even though we know that’s impossible.

How to watch: The Half of It is now streaming on Netflix.


4. The Death and Life of Marsha P. Johnson 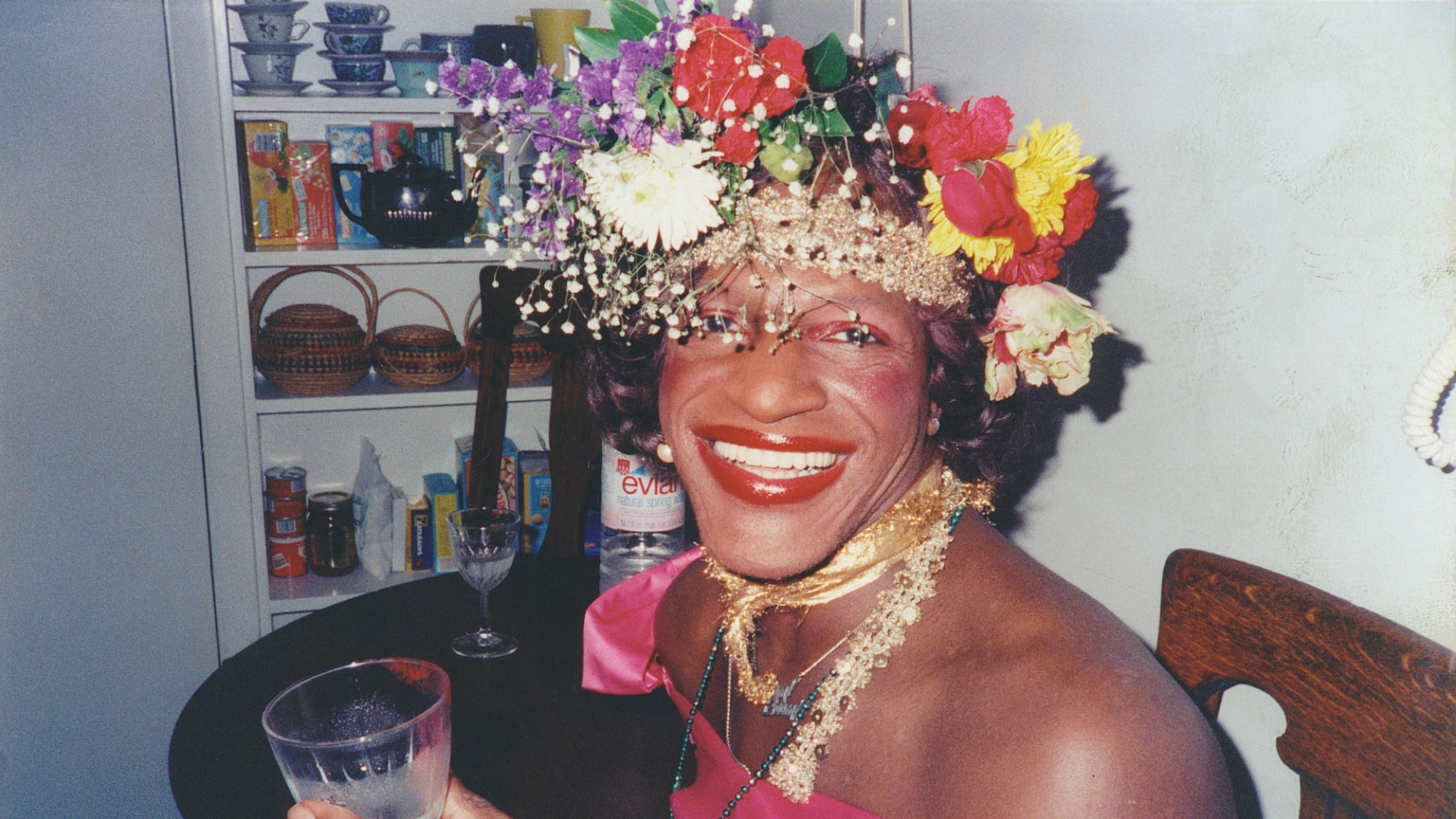 A photo of Marsha P. Johnson Credit: Courtesy of Netflix

In between directing How to Survive a Plague and Welcome to Chechnya, two devastating and equally essential LGBTQ+ documentaries, journalist and filmmaker David France delved into the life and mysterious death of Marsha P. Johnson, a self-identified drag queen, activist, and Warhol model who’s become an icon of trans liberation. In addition to offering crucial insight into experiences and identities all too frequently overlooked from the Stonewall era, France weaves a riveting mystery by ceding much of the floor to trans activist Victoria Cruz. Cruz, a contemporary of Marsha's, has been building the case that Johnson was actually murdered in 1992, although her death was initially ruled a suicide by police. The footage of Marsha is essential viewing, as are the interviews with all those who knew Marsha back in the day, all stretching right back to the riot that set the whole movement on fire. The clips of Marsha's friend and contemporary Sylvia Rivera are particularly captivating in their rightfully righteous fury. A vital document.

How to watch: The Death and Life of Marsha P. Johnson is now streaming on Netflix.

Queer writer Isa Mazzei used her own experiences as a cam girl as inspiration for the script for this terrifying horror film. Starring The Handmaid's Tale actress Madeline Brewer as Alice in real life and “Lola” when performing for her customers, the film slowly details Anna’s already-split personalities further fracturing, a victim of the internet's relentless dissolution of selves. A sturdy metaphor for the impossibility of true online ownership beats at CAM's dark core, all while the vast empty spaces of limitless possibility blink back, as terrifying as anything Lovecraft could have dreamed up. Lynchian nightmare logic meets bisexual lighting, with an effortlessly unbalanced turn from Brewer in the lead(s), CAM is one of the best horror films of the new century, pulling the mask off our technological advances to reveal the yawning chasm beneath.

How to watch: CAM is now streaming on Netflix. 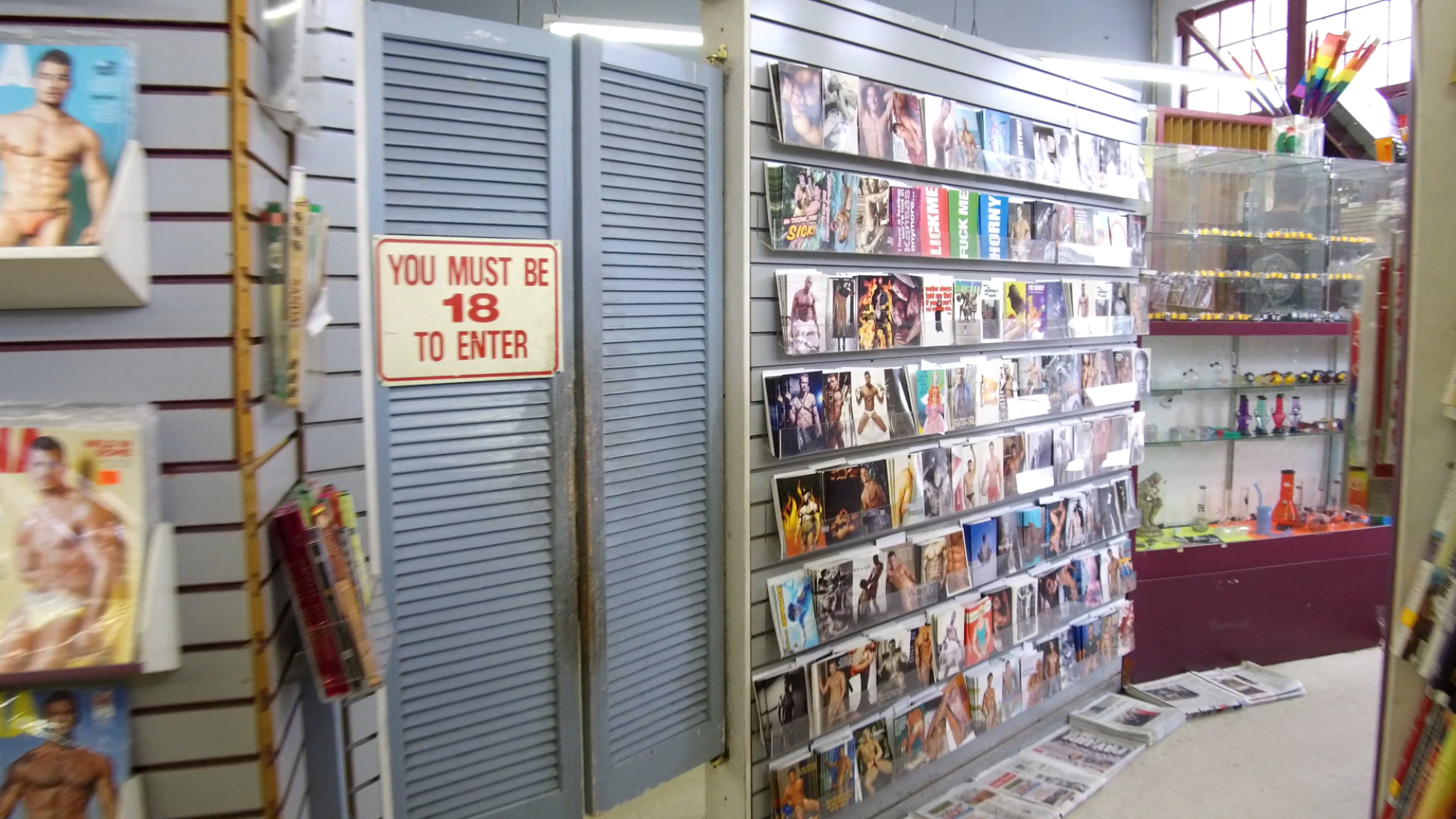 Bisexual filmmaker Rachel Mason deftly weaves together her own colorful family history with that of the gay liberation movement and its subsequent devastation from AIDS with Circus of Books. This deeply personal documentary reveals how her middle-class, Jewish parents, Karen and Barry, came to own and run the most famous gay adult bookstore in the world. Most moving is Rachel’s detailing of her brother Josh's own coming-out process and the surprise threshold it seemed to cross with their parents — gay was okay at work, but they weren't at all ready for it at home. Here the film confronts head on the blind spots and hiccups inherent in even the most seemingly liberal of upbringings, all while being incredibly funny and charming to boot. Her parents are true characters worthy of documenting and spending some time with.

How to watch: Circus of Books is now streaming on Netflix.

The late, great Lynn Shelton, whose sudden 2020 passing has been movingly documented as of late by her partner at the time, comedian Marc Maron, charmingly described herself as a “shy bisexual” during an interview with Out about Your Sister’s Sister.  Her deeply underappreciated 2017 film Outside In stars the equally underappreciated Edie Falco alongside the other Duplass brother (Jay, who is probably appreciated just enough) as a high school teacher and her former student, respectively, whose lives become even more intertwined after he's released from jail. The film sort of fell through the cracks at the time of its release, but it definitely deserves a reappraisal, as both a memento of what we lost with Shelton’s passing and a precise and moving drama in its own right.

How to watch: Outside In is now streaming on Netflix. 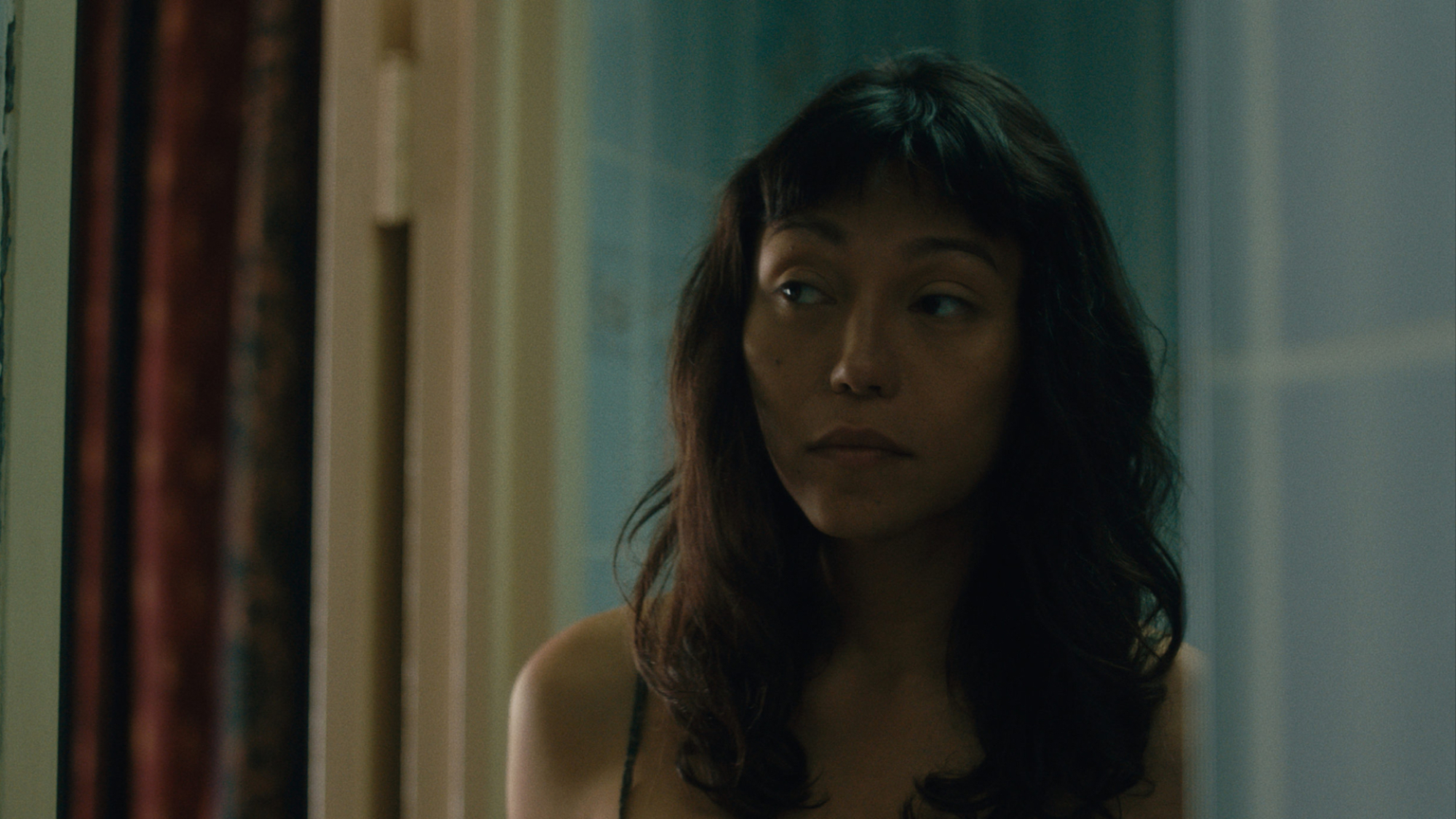 Isabel Sandoval wrote, directed, produced, and starred in this 2019 drama, alongside the excellent Lynn Cohen in one of her final film roles. Olivia (Sandoval) is as an undocumented Filipina trans woman who supports her family back home by providing around-the-clock care for Olga (Cohen), an elderly woman with dementia. Olivia lives in constant fear of deportation — this was deep in Trump times, after all. A sweet but precarious romance between Olivia and Olga’s grandson Alex (Eamon Farren) develops when he moves into his grandma’s home in Brighton Beach after leaving rehab. The film’s greatness lies in how Sandoval knows our expectations with regards to this relationship, only to subvert and slide around them. She ultimately delivers a character piece that is more interested in the textures of these people, making real genuine lived-in human beings, than it is the narrative incidents that we desire to project upon them.

How to watch: Lingua Franca is now streaming on Netflix.

Dee Rees delivered a critically acclaimed, awards season juggernaut with Mudbound, her 2017 adaptation of Hillary Jordan’s book — and it's only her second feature-length film, after the astonishing and semi-autobiographical queer coming-of-age story Pariah in 2011. Garrett Hedlund and Jason Mitchell co-star as World War II veterans whose destinies and family lives stretch across and get all tangled up in one muddy patch of Mississippi farmland. The tale, like all the best, reads at once as both epic and intimate, projecting our smallest personal dramas out onto the world stage, and back again. Rees manages to make the huge cast of characters — including a terrific supporting cast that features Carey Mulligan, Jason Clarke, Rob Morgan, and an Oscar-nominated Mary J. Blige — all feel honest and true, with real dirt beneath their fingertips, even while the plot churns ever forward, grinding these poor people up at every turn.

How to watch: Mudbound is now streaming on Netflix. 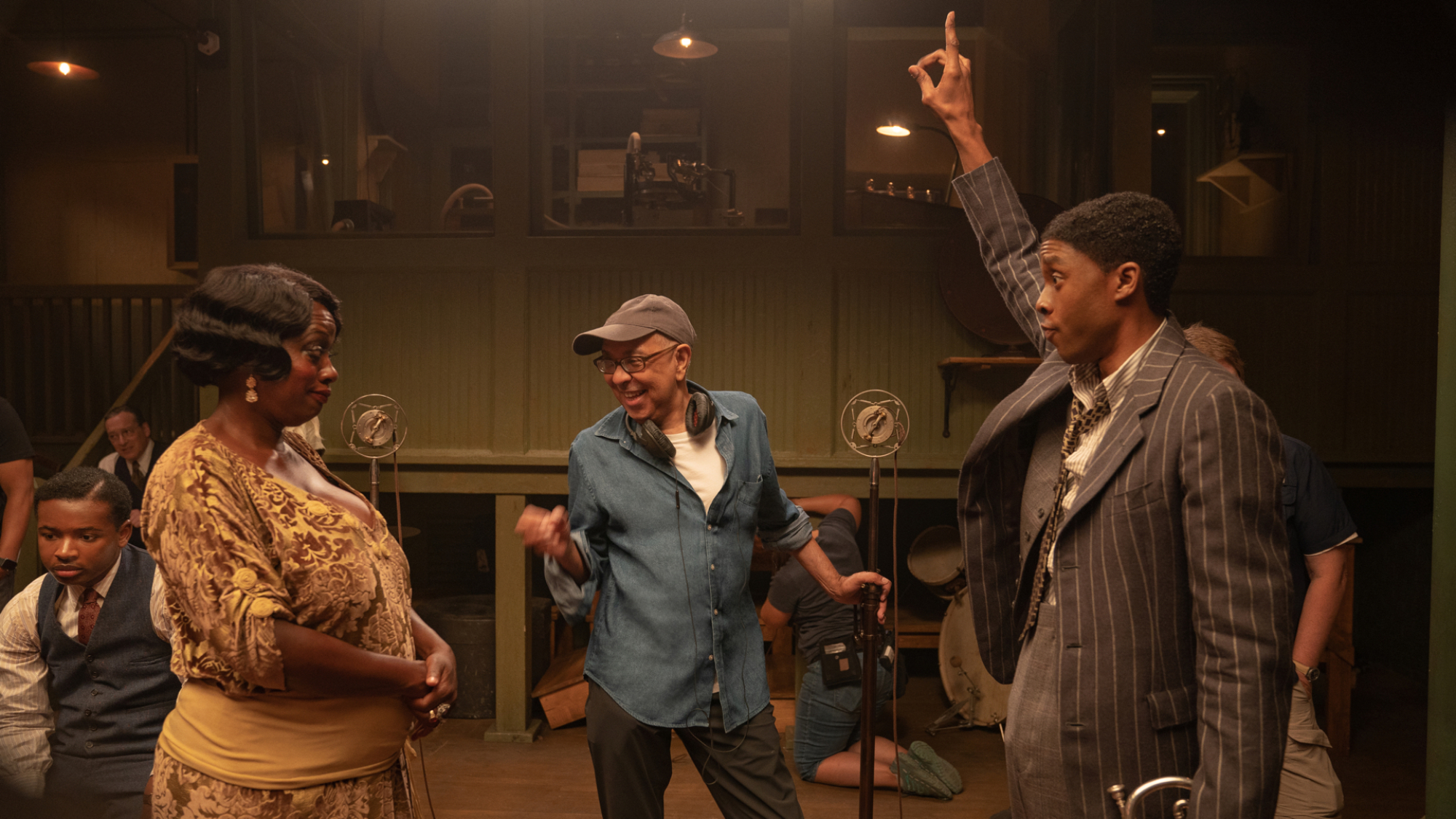 Theater director and playwright George C. Wolfe's adaptation of August Wilson's 1982 musical feels stage-bound, but in the best of ways. It uses its confined space and all the enormous personalities piled up within — especially the vivid turns by the late Chadwick Boseman and Viola Davis as Ma Rainey, who was openly queer — to envelope the viewer. We can feel their music and their emotions vibrating right across our skin, and we’re most certainly tapping our feet right beside them. In his final performance, Boseman was so good the producers of the 2021 Academy Awards rearranged the awards line-up with the assumption that he’d win posthumously for Best Actor and his widow would accept, thus ending the evening on an emotional high note. While that didn’t happen (and Anthony Hopkins was in no way a bad pick for his work in The Father), Boseman's singing and dancing star turn as the tom-catting Levee Green lingers still. We can only hope and sing our hearts raw that Wolfe’s given the reins for another screen musical and soon, as he captured real lightning in a bottle with this one.

How to watch: Ma Rainey’s Black Bottom is now streaming on Netflix.