Amityville In Space Trailer: It’s More Amityville, But This Time, In Space 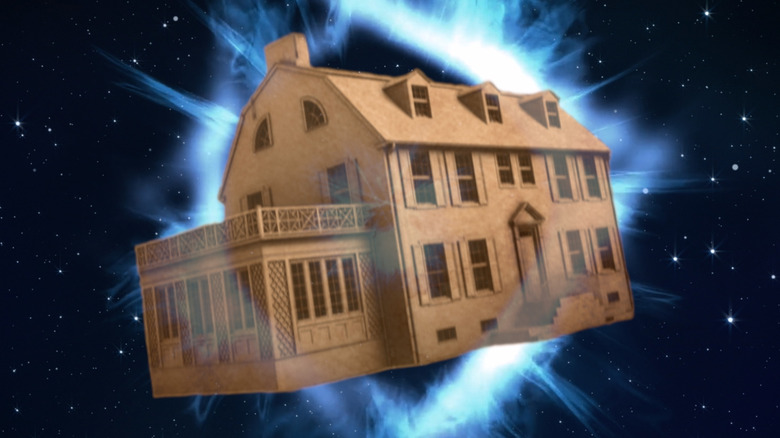 The Amityville film series is perhaps the most persistent and the most bizarre in the annals of franchise horror. The original "Amityville Horror," based on the 1977 "non-fiction" book by Jay Anson, told the story of the Lutz family who moved into 112 Ocean Ave. in Long Island, NY shortly after Ronald DeFeo had murdered several members of his own family at the same address. DeFeo claimed to hear a demonic presence urging him to kill. The Lutz family claims to have experienced a similar demonic presence after moving in, and were eventually scared out.

It's since been revealed that the Lutz's story was a hoax, but that hasn't stopped Hollywood from jumping on the Amityville bandwagon and adapting numerous films based on those events. Stuart Rosenberg's 1979 film of "The Amityville Horror," which told the Lutz's side of the story, was a huge hit, as was "Amityville II: The Possession," which told a fictionalized version of the DeFeo murders. The former would be granted a high-profile Hollywood remake in 2005, while the latter would itself be remade in 2018 as "The Amityville Murders."

With nowhere else to go, Wild Eye Releasing is now taking the Amityville house to its next logical place: outer space.

Available on July 19, 2022 will be writer/director Mark Polonia's "Amityville in Space" which will find the famed horror tourist destination stranded in the cosmos. The plot synopsis from the back of the Blu-ray box (which it shares with "Amityville in the Hood") reads thus: "An Amityville investigator fights his last battle with the ultimate evil, this time in space when the infamous murder house ends up in the 23rd century." Further internet investigation reveals an exorcism gone awry may be to blame.

Horror franchises have made the gloriously illogical trek into space on numerous occasions in the past. "Hellraiser: Bloodline" was set partially in space (Pinhead was trapped inside a cosmic puzzle box). "Jason X" saw the killer of Camp Crystal Lake let loose on a space craft. Notoriously, director Brian Trenchard-Smith took the Leprechaun into space. It was high time to see the Amityville series go into the stars. This is no dumber an idea than many of the previous "Amityville" films which made villains of a killer lamp ("Amityville 4: The Evil Escapes"), an evil clock ("Amityville 1992: It's About Time"), and a mirror ("Amityville: A New Generation"), and a painting of a clown ("Amityville: Evil Never Dies," a.k.a. "Amityville: Clownhouse").

"Amityville in Space" is only the most recent film in the series, and will be followed up by three additional Amityville films later this year, including the above-mentioned "In the Hood," "Amityville Hex," and "Amityville Karen."

Read this next: The 31 Scariest Movie Scenes Ever

The post Amityville in Space Trailer: It's More Amityville, But This Time, in Space appeared first on /Film.