If twice is a coincidence and three times is a pattern, then we're dangerously close to a new era of tabletop adaptations. One can ignore a planned big-screen adaptation of "Dungeons & Dragons" -- it's certainly been done before -- but when a studio licenses an indie TTRPG like "Alice Is Missing," it feels like the beginning of something special.

Designed by Spenser Starke, "Alice Is Missing" is a silent roleplaying game for three-to-five players. In the game, you and your fellow players take on the roles of high schoolers searching for their missing friend. The genius of "Alice Is Missing" is that it takes place entirely via text messages. Players exchange in-character group and individual notes, doing their best to unearth clues about Alice's disappearance and navigate tense friendships.

To bring this experience to the big screen, Paramount has enlisted writer-director Becca Gleason, whose past credits include a production stint on "Community" and her debut feature "Summer '03." Given the unique nature of the game -- and the ubiquitous nature of online fandom -- there will probably be people who wonder how a silent RPG gets turned into a feature-length film.

Well, I've played (and reviewed!) the game, and that affords me some unique thoughts on what I would like to see from an "Alice Is Missing" movie. 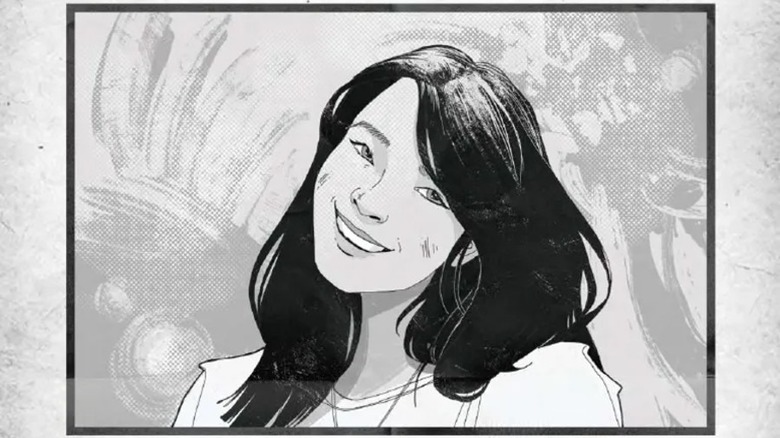 First, it's important to note that Paramount did the smart thing and hired game designer Spenser Starke to co-write the film adaptation. "Alice Is Missing" is a delicate balancing act of tone and intent. Despite drawing on some of the darker murder mysteries of the past decade, Starke built explicit safety tools into the rulebook. It's hard to imagine a version of the game that leans into sexual violence, and having the creator in the writing room ensures that the movie will honor that creative process.

If handled well, "Alice is Missing" is one of the few thriller concepts that can succeed with a PG-13 rating. The sleepy northwest town of Silent Falls might evoke comparisons to Twin Peaks, but the heart of this story is the strained relationships between a group of friends. Each one holds a version of Alice in their hearts -- the girlfriend, the athlete, the sibling, the outsider -- and reconciling those different versions of Alice as a group is the only way to (maybe) bring her home safely.

And if this sounds more like a teenage drama than a thriller, that's the whole point. In my experience, the most stressful part of a game of "Alice Is Missing" is when you decide to start screenshotting conversations to share with others. Unpacking the tension between friends requires an emphasis on character, which means never letting the more lurid pieces of the mystery overshadow the community reeling from Alice's loss.

Take A Stab At Screenlife 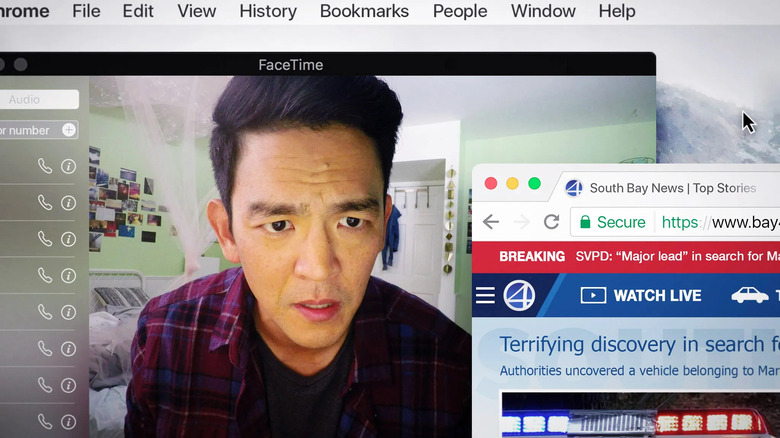 And that brings us to my biggest hope for "Alice Is Missing." Given the original game's mechanics, I would love to see Gleason and Starke consider making "Alice Is Missing" a screenlife feature. For those unfamiliar with the term, screenlife refers to a mode of filmmaking that replicates the first-person experience of tablets and laptops. However, unlike films that dabble in subjective technology (I remember you, "Nerve," even if nobody else does) screenlife movies commit to telling a feature-length story entirely through screens.

Perhaps the most high-profile example of a screenlife feature is "Searching," the debut feature from director Aneesh Chaganty. "Searching" follows John Cho's single father as he digs through his daughter's computer, looking for clues regarding her recent disappearance. From private chats to video calls with local law enforcement, "Searching" draws on Cho's boundless empathy as an actor to tell a complete story. And it does this without ever switching from the screen perspective.

Screenlife films require a solid central performance; thankfully, "Alice Is Missing" has Charlie Barnes. Established early on as the best friend who moved away -- and written as a character without a specific gender -- Charlie can become both anchor and audience surrogate for the world of Silent Falls. Following Charlie as they puzzle through conflicting stories and facts from Alice's friends is a great way to honor the game's technology while still crafting an immersive narrative. Calling "Alice Is Missing" a YA "Searching" would be a compliment in my book.

"Alice Is Missing" is intended to be played without dialogue, but even as a streamlined RPG experience, asking players to sit in silence for an entire game can be a tall order. Thankfully, publisher Hunters Entertainment made the bold decision to create a custom soundtrack for players. The official YouTube video -- which doubles as the game clock, counting down the fixed 90-minute runtime -- serves as a kind of musical counterpoint for the experience, bringing the emotions of the game into sharp focus.

To make this work, Hunters Entertainment assembled a fantastic collection of ambient and Americana artists. One can almost see the opening credits scrawl over Justin LaPoint's "Dead Man Walking," a folk-blues hybrid that evokes a state of urban decline well-suited to the setting of Silent Falls. As the game progresses and the timer ticks down, each track helps move players through the emotional experience of the game, culminating in the half-tragic, half-triumphant final track by Message To Bears.

Of course, countless artists could evoke the same feelings as the original "Alice Is Missing" soundtrack. But in honoring the player experience, Paramount would do well to seek the rights to the original soundtrack, bringing some of the songs we recognize as critical parts of the film. It isn't often that a tabletop game offers such a heart-wrenching musical experience, but these are the little touches of authenticity that only add, not subtract, from the experience of adaptation. 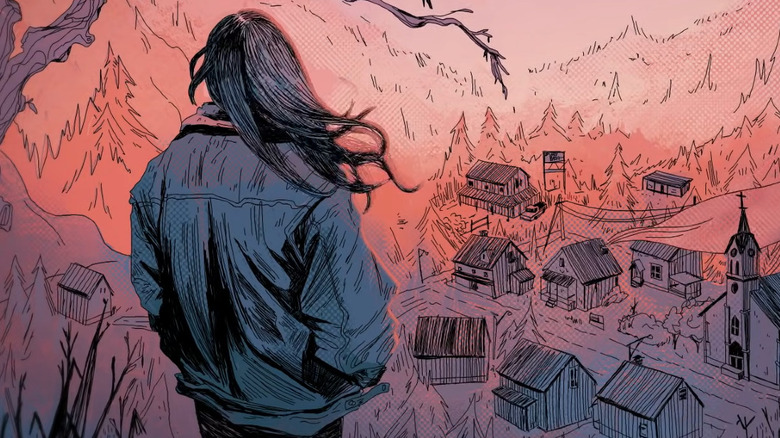 Ultimately, "Alice Is Missing" is an inspired choice for adaptation. With a wide cast of potential characters and plenty of room for creative decision-making, Gleason and Starke should have no trouble tapping into the ethos of the game. As long as "Alice Is Missing" is respectful towards its characters, it will feel like a faithful adaptation. But here's hoping the duo swings for the fences and makes the Gen Z "Searching" we all know this movie could be.

Read this next: The 14 Best Noir Movies Ranked

The post Alice is Missing is Becoming a Movie – Here Are the Lessons It Should Take From the Original Game appeared first on /Film.