by admin October 22, 2022
FANFARE: The winner of Alicia Beckman (Leslie Budewitz)'s BLIND FAITH is Sue Leis! Sue contact Leslie at leslie@drbeans.com so she can mail a copy to you post haste!

HALLIE EPHRON: You just never know... A brush with the law led to a work in law enforcement and mystery writing for Wendy Sand Eckel. Today we're thrilled to host her here, celebrating the publication of her third Rosalie Hart Mystery, MYSTERY AT WINDSWEPT FARM.

The book sounds irresistible: favorite characters return along with an exotic Russian actress and a debonair Italian Chef and Rosalie and Glenn team up again to find out what really happened one sunny morning on the steps of Windswept Farm. 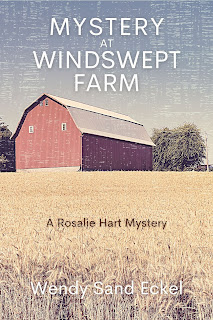 Wendy's interest in crime began with a not-so-nice brush with the law that sensitized her to the power of privilege.

WENDY SAND ECKEL: I turned eighteen in October of my senior year in high school in Ohio which meant I could vote, of course, but more importantly it meant it was legal for me to drink 3.2 % beer.

One weekend some friends and I decided to go up to a bar in Canton. I was the only one with a legal ID—theirs were all fake. My hand was stamped at the door and we ordered beers and were ready for some fun. 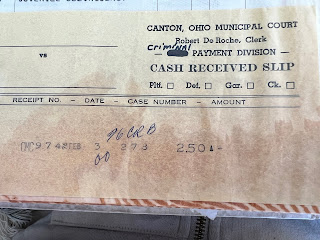 Soon after, our table was surrounded with liquor control officers and we were in a cruiser on the way to the police station.

Apparently, the guy at the door had stamped me as a 6 % patron so technically I had broken the law by drinking 6% beer. As the only adult, I was booked, while my friends, as minors, who actually HAD broken the law, waited comfortably for their parents to pick them up.

The cops took my scarf and jewelry and a mug shot and started to escort me to a cell until finally one of them said, “Maybe we are taking this a little too far.”

My dad hired a lawyer and cleared my record although he jokingly said the fine would have been cheaper than the lawyer’s fee. '

It stuck with me how a random stamp on the hand could have given me a criminal record.

The next year, I went to Miami University where I majored in social work with a minor in criminology. As part of my criminology education, I had a semester long internship with a juvenile probation officer who was at least six foot five and probably taller. 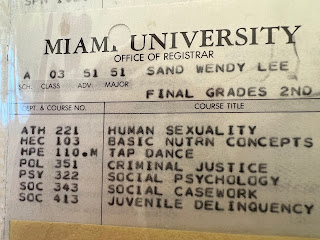 Joe had been the best football player Butler County had ever seen and earned a full scholarship at the University of Kentucky. In his first pre-season game, he took a bad tackle that left him paralyzed from the chest down for the rest of his life.

One random hit and the guy’s life was changed forever.

I had three takeaways from these experiences. I’m still fascinated with crime and its effects. Thus the mystery writing. I love a good puzzle and I love to write about relationships and yet the best part about being a writer, is I’m in control. When creating these stories and, at least in writing fiction, there is randomness for my characters, but never for me.

The first book I signed as an author was for a woman I had just met. I asked her what she wanted me to write and she said, “Life is a mystery.”

I think she said a mouthful.

Isn't breathtaking the way random events we could never have predicted influence the choices we make.

Any early experiences out there that put a fork in your road?
Back to Feed
Use left/right arrows to navigate the slideshow or swipe left/right if using a mobile device