7 Surprising Traits Men Look For in Women When Considering Marriage 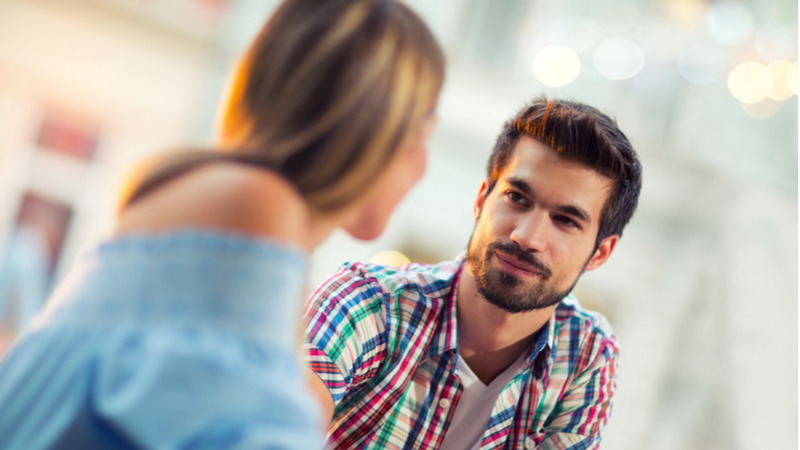 From my window, I always see couples strolling on the street. Some look like pieces of the same puzzle.

One look at their bodies, and you can tell they work out or love dressing well.

Then every so often, I’ll catch a glimpse of another couple that seems odd. As if they dropped from different planets and found themselves meshed together in a strange room.

You never know their stories, but the fact that they are hitched says they definitely found something in each other that blended them.

As a woman passionate about how women navigate relationships, I can tell you with complete confidence what women want from men, why they duck out of the marriage game, even down to what they want during sex.

That said, I sometimes have to remind myself to crawl out of my bubble and gather some fresh perspective from my brothers regarding what attracts them to Jane and not June.

The other day, an opportunity presented itself.

At a friend’s birthday party, I carved a spot at the guys’ corner, and after the ice had been broken, these dudes opened up like the pages of a good book.

The married ones said why they chose those particular ladies among the many they’d encountered before.

While the single brothers’ explicitly laid out why they are still busy meandering the dating scene.

Obviously, one man’s meat is another man’s poison.

But their revelations bore some similarities. Some traits, I kind of suspected. Others were…interesting.

We live and learn, people.

The case of brutal metal.

One gentleman said he married his wife because she likes metal. I mean, like working with steel and all that.

Anyone who works with metal can tell you it ain’t for the weak. It takes a toll on your body, and you’re constantly exposed to severe injuries.

Another guy said he only dates women who play video games.

Another said he met his wife when fishing. Guess what she was doing? Fishing.

The point is that some men are attracted to quirky, weird, or non-conformist women. According to them, a woman who dares to break the rules and traditions is powerful, sexy, and totally appealing.

I was surprised because none of these hobbies appeal to me in the least, but who can argue with a fact supported by studies?

You live and learn, my friends.

Just when I thought I’d heard tales of women who do things differently, another man said he likes women who give explicit feedback about the big S.E.X.

This brother says he takes great pride in satisfying a woman, but since women’s tastes are different, he wants to know his exact job description — every single detail.

“Touch part xyz in this way. Or don’t scream because you think it’ll get me to the mountain faster. I’ll get there eventually.”
Did I see you blush?

Well, he reckons that if more men followed suit, the mediocre sex and lack of orgasms would be a distant memory. Everyone would be happy.

And isn’t this the goal?

The question of where and what to eat.

Apparently, when it comes to the question, “what do you feel like for dinner?” men get irritated when we beat around the bush.

They want you to take the lead because this isn’t something they find much sense mulling over. This isn’t a decision they want to have to make. As long as it tastes good, they’ll eat.

So, make up your mind and don’t worry, he’ll go along.

That he no longer enjoys your company.

That he’s not feeling you anymore.

That something sinister is brewing in the background.

This is when they clear the cobwebs in their brains so that they’re present and engaged when we get back together.

Leave him out — intentionally.

Ladies, men also want you to have your own thing that has nothing to do with him. Say, a group of girls with a common interest.

That way, you save him the torture of undertaking ventures he has zero passion for.

The guys had one disclaimer: Your group has to be free of toxicity or drama.

One married man said he could no longer stomach one more conversation about mommy wars.

The thing with the Joneses.

Then there was the man who said he couldn’t stand women who scroll on the gram all day.

He dislikes a woman who lives her life in comparison to others and sees this as a huge red flag.

He finds it emotionally and mentally draining and doesn’t think this type of woman is worth building a life with because you’ll never live an authentic life.

It’s the fakeness he can’t stand.

This is what happens when you constantly have to use other people as the influence behind your life.

Remaining as cool as a cucumber no matter what.

This one is hard. Not gonna lie.

Men love it when you maintain your cool in the face of uncomfortable social situations.

Oh, the tales of women who’ve had to push through the cracks just to get some air from the stifling ill-treatment of mothers-in-law!

It takes a very stoic person to keep their cool when surrounded by nasty in-laws — who can never be appeased even if you chopped off your small toe to please them.

But apparently, guys want this.

One man says he knew she was the one the day she stayed put, despite his mother’s relentless snide remarks in the presence of other family members.

The nasty woman worked hard to trigger her, but his now-wife held herself together until it was safe to talk about it.

Honestly? This one, I had to object.

I was curious as to why he would put her in that uncomfortable space in the first place.

To which he said he wanted to gauge her emotional fortitude.

“Not condoning her behavior at all, but my mother wasn’t going to leave our lives, as nasty as she is. And if we got married, our interactions and encounters would have been inevitable in some incidences. Sure, it’s my duty to protect her, but I needed to know she would not have a meltdown each time she sat across the table from my mother.”

Quite frankly, I was itching to say so much about this. But this wasn’t my argument, nor my space.

I had no say in this. I held my tongue and kept on fishing.

Humans are complex beings, and trying to decipher them is a Sisyphean affair.

What attracts us to each other can be as common as beauty; other times, it can be those calloused hands that handle brutal metal.

From The Good Men Project on Medium

The post 7 Surprising Traits Men Look For in Women When Considering Marriage appeared first on The Good Men Project.