3 Ways to Keep Going When You Feel Like Giving Up

There are times — and for many of us, 2020 has been filled with them — where we feel like giving up on our dreams.

There are a lot of reasons for that feeling. It might be simple frustration or dissatisfaction with the world at large, causing us to feel like our old goals are now meaningless. It might be that changes in the world have seriously altered the path we expected to take going forward. It might be that we simply feel a much stronger desire to be cautious with our next steps rather than taking a leap and trying something big and new.

Whatever might be the root cause of that change of heart, the end result is the same. The dreams we’ve been chasing for months or years no longer seem realistic or important, and we feel like giving up on them.

I know this feeling very well. Late last year, I came up with a great idea for a book that I would describe as a good parallel effort to The Simple Dollar. It wasn’t strictly personal finance-related, but it was something that’s very much in line with a lot of the core values behind this site. I don’t want to share too many details about it, because I may yet still do it.

Anyway, I spent much of November through February very excited about this book idea. I was doing a ton of research, collecting a ton of notes, actually doing quite a few things for a personal investigation into the idea of the book, and was even talking to an agent about the book idea.

Then, well, coronavirus happened. My ability to research the book topic fell apart — it was hard to even get books for a while, let alone borrow them from the library. My ability to actually do many of the things that the book was intended to be about also evaporated. Even more than that, the idea of it seemed suddenly very irrelevant in the big scheme of things.

That feeling of giving up echoed my own experiences right before we started our own financial turnaround. I had this strong sense that the things I had dreamed about in my own life were slipping away from me, and I was wondering whether I even believed in those things at all.

As I pondered whether I should just give up on my book idea, I spent a lot of time thinking about that earlier time in my life where I felt like giving up on my big goals. What kept me from abandoning my goals then? What made me reach down, deep inside, grab ahold of those goals, make some changes, and hang on?

How to keep going when you feel like giving up

1. Figure out what your negative feelings actually are.

More specifically, are you feeling negative about your specific goal, or is it the broader values that the goal represents?

For example, my sense of wanting to give up on my financial and personal goals when we were really struggling with our finances came from a strong sense that financial success was far, far harder than I had thought and that made the financial parts of my goals seem way out of reach. I still wanted to have children, to provide them with a secure life and opportunities that I never had, and to have a nice home for them to live in, but it was the financial component of that dream that felt impossible in that moment in time. It was that sense of financial difficulty that was souring everything else, not the big dream itself.

Right now, my sense of wanting to give up on this book project comes from a sense that it’s much harder than I expected to continue making forward progress on it, plus I’m much less certain as to the wider relevance of it any more. When I put those things aside, the book project still fills me with excitement; the negative feelings are coming from those two elements.

When you feel like giving up on something in your life, what exactly is making you feel negative? What part of your big goal is the source of those negative feelings?

For example, let’s say you’re trying to go to night school to get a degree so you can go in a new direction, but you are absolutely failing at a statistics class and it’s making the whole thing seem hopeless. If you step back for a moment, you may realize that your struggle isn’t with the big dream you have, but with that stat class.

2. Put the big goal on pause and focus intensely on solving the smaller problems

Don’t worry about the big goal for now. Put it on pause. Don’t sweat it. Instead, deal exclusively with the negative.

When I was feeling so negative about my own broad life goals, I came to realize that the sense of negativity was coming from my own bad financial choices. (A financial wake-up call certainly helped.) So, I focused on those things. I stopped worrying about what I might be doing a few years from now and focused all of my energy on righting my financial ship. Once my finances were in a better place, I realized that the bigger goals I held for myself not only seemed a lot brighter, they seemed a lot closer.

When I apply that same mindset to my book project, I recognize that it’s still a great idea that I’m excited to move forward, but maybe it’s more of a “two years from now” project rather than a “six months from now” project. Maybe I should be spending my time really evaluating my thoughts, collecting as much research as I can, doing lots of reading, and seeing what comes out of all of that. This doesn’t need to be rushed, and I can sink a lot of time now into really understanding things as deeply as possible. This actually reinvigorated me, and I’ve been swapping emails with a bunch of people I would consider experts in related fields, trying to improve my understanding of the subject at hand.

3. Once you’ve addressed the smaller issue, then reassess the bigger goal

Not only will the fixing of the smaller issue help clarify things, but it also gives you some time to let the bigger picture percolate a little.

With my own financial turnaround, I found that spending some time strongly focused on finances helped me to reassess the bigger picture. While I still wanted to have children, to provide them with a secure life and opportunities that I never had, and to have a nice home for them to live in, I realized that a big part of this that I wasn’t seeing is that I needed to have a career that enabled me to give them a lot of undivided focus and energy. I needed to be doing something that would allow me to truly compartmentalize my work as they were growing up. This eventually led me to a career change, becoming a stay-at-home writer. It was substantially less lucrative than the career I was involved with (data analysis), but it allowed me to compartmentalize things so much better, and that enabled me to give my children the focused attention they deserve and that I always wanted to give them.

What does this mean for my book? Over the last few weeks, I’ve come to realize that there is a lot more depth to the topic that I hadn’t realized, a depth that, if I truly dive into it and explore it, will lead to a far better book in the end (and possibly more than one). I’m devoting myself to understanding this, not just writing a book. The book will come, but the understanding will come first.

With the statistics example, you might just find that, by putting in the effort to really understand statistics, it may just shed a much deeper light on all of the other material you need to learn for your career change. Usually, classes that are required for your area of study are required for a reason, even if you don’t see it, and sometimes deep focus on that area will reveal far more than you think.

You may find that, after focusing on a negative for a while and improving it a little, you still don’t find the big old goal that meaningful anymore. That may end up being the case, and that’s OK. One thing I’ve found, however, is that the experience you go through fixing that smaller negative often opens up new doors. You may very well find yourself with a completely new direction in life, much like how my own exploration of my personal finances led me to move from being a data analyst in a scientific research lab to being a writer working from home.

Feeling like giving up is OK. It’s a normal feeling to have when you’re tackling something big, particularly when you realize it’s not as easy as you initially thought. In that moment, a really good approach is to take a deep breath, spend some time thinking about what is really troubling you, putting the big goal on pause, and really tackling that difficult part. Once you tackle that tough bit, step back and look at the new landscape. You may find your old big goal reinvigorated, or you may have a new path illuminated for you.

We welcome your feedback on this article. Contact us at inquiries@thesimpledollar.com with comments or questions.

The post 3 Ways to Keep Going When You Feel Like Giving Up appeared first on The Simple Dollar. 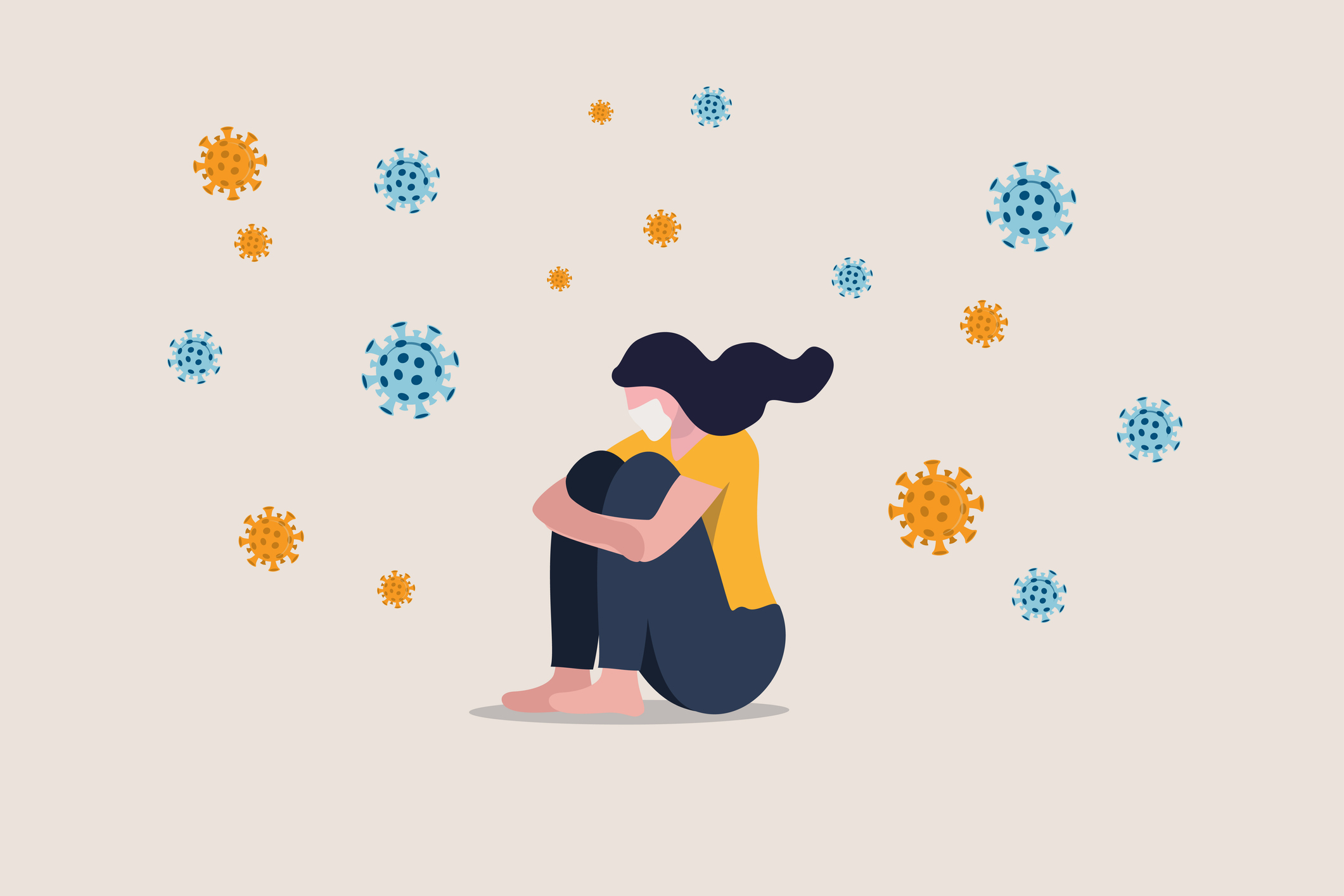