Ah, the irony of the word irony. Irony’s a complex concept many people get wrong, which is ironic. Basically, irony is when something is the opposite of what appears on the surface. Honestly, it’s pretty funny when it happens. However, it’s much more complicated and can be broken down into several categories. Let’s look at the deeper meaning of irony and the many examples of people getting it wrong, as well as a list of funny irony examples that will give you a giggle.

So, what is irony? It’s an occurrence or experience that appears to be purposely contrary to expectations and facts. Furthermore, the strange outcome is often funny or cruel. It usually appears as a literary device in books, music, television, and movies.

For instance, legendary musician Alanis Morisette is famous for the hit single “Ironic.” However, none of the lyrics in the song are examples of irony, which is ironic. Don’t you think?

It’s Not a Coincidence

Irony is one of the most misused words in the English language. It’s often confused with a coincidence. For example, two people sharing the same birthday is coincidental, not ironic.

An example of irony is when the 2011 Utah spelling bee winner received the first-place trophy with the word “spelling“ misspelled.

Despite learning about this in English Class, people still misuse irony in most scenarios. Let’s look at examples of irony and how people get it wrong.

Verbal irony is when a person says one thing but means the opposite. Unlike the other versions, verbal irony strictly applies to speakers. For instance, a person sitting on a roller coaster screams, “I’m not scared,” as they panic because they fear heights.

Verbal irony is sometimes confused with sarcasm. At times, they can link together, but most definitions view them as separate entities. Each can have a touch of the other or none at all. For instance, the irony is the opposite of what the speaker intended. However, sarcasm is direct and clear with a mocking tone.

If someone yells, “I like your shirt, loser,” they’re being sarcastic with a tiny bit of irony because they are saying the opposite of what they mean. An example of verbal irony is someone dropping a birthday cake and saying, “At least I saved the cake.” 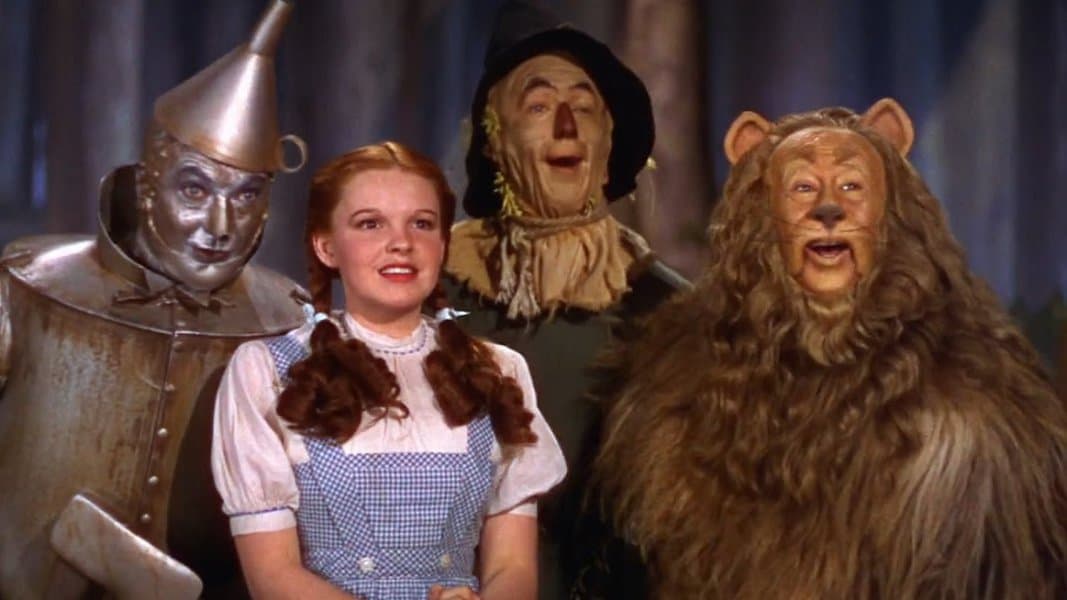 For example, running into the same person three times in one week is a coincidence.

1. The Father of Traffic Safety Didn’t Know How To Drive

One of life’s greatest ironies involves the father of traffic safety. William Eno is responsible for making the roads safer with the inventions of the stop sign, one-way street, traffic circle, taxi stand, and crosswalk. Strangely Eno never learned to drive and thus never experienced his own inventions.

In this case, it’s ironic that Eno never passed a driver’s test but created vital elements that changed how people drive.

Another famous example of situational irony involves the classic movie The Wizard of Oz. The entire movie’s plot is chock-full of irony. In the movie, each character goes on a dangerous journey to ask The Wizard for help achieving a particular goal. Ultimately they all discover that they could achieve their goal all along without any assistance. Dorthey spends the movie trying to return home only to find out that she could have returned whenever she wanted by clicking her heels together.

Then there is the Scarecrow who always had intelligence, the Tinman who already had a heart, and the Lion who was always brave. The greatest irony is that the omnipotent and omniscient Oz is just an ordinary old man with no superpowers. 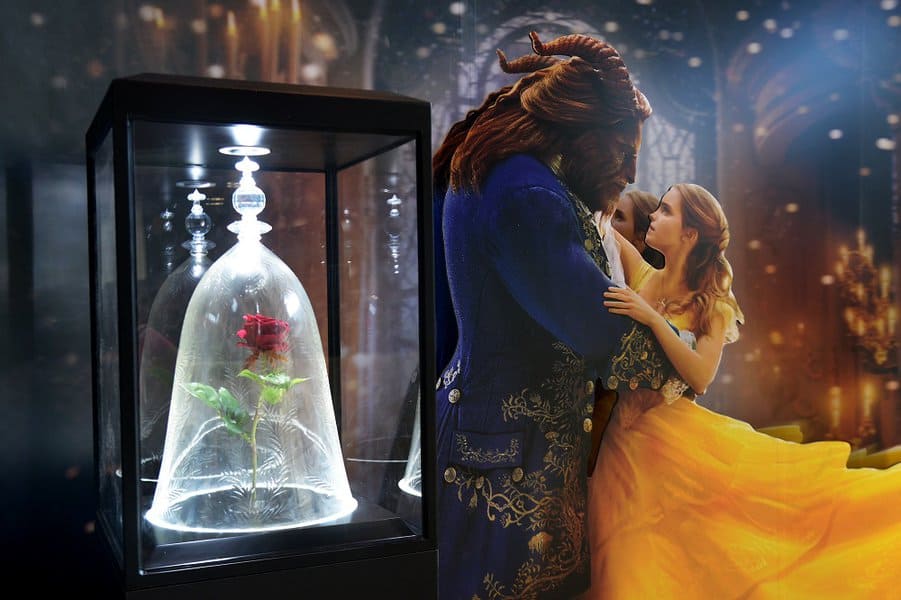 Dramatic irony often appears in books, movies, and television shows. It’s when the audience knows a piece of information or situation that one of the main characters doesn’t know. The audience is in on the secret and knows more than the character.

The critically acclaimed series Breaking Bad is one big dramatic irony from the start. The plot follows Walter White, aka Heisenberg, as he goes from an ordinary high school teacher to a drug kingpin. At one point, Walter’s brother-in-law Hank leads the investigation into Heisenberg. Hank is unaware that Heisenberg is his relative Walter. However, the audience is fully well aware and knows long before Hank figures it out.

4. Snow White and the Seven Dwarves

Snow White and the Seven Dwarves features one of the most famous examples of dramatic irony. The audience knows that the witch is posing as an old lady to trick Snow White into eating a poisoned apple. Snow White is completely oblivious that her life’s in grave danger while the audience is on the edge of their seats, which is where the irony lies.

5. The Beauty and the Beast 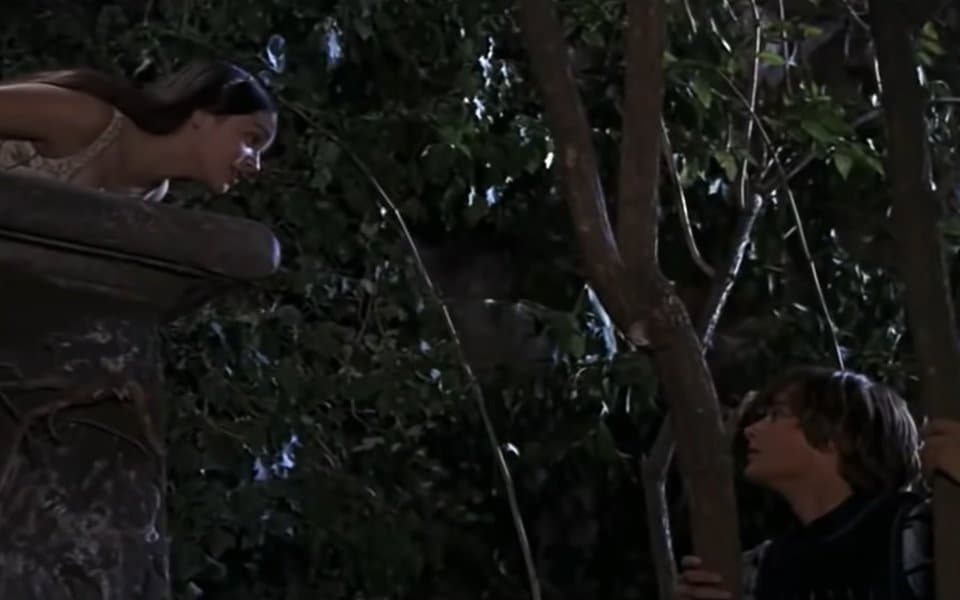 Tragic irony is a subcategory of dramatic irony. In this case, tragic irony is when the character’s actions and words sharply contrast reality, which the audience understands.

Perhaps the most famous example of tragic irony, William Shakespeare’s Romeo & Juliet is renowned for its heartbreaking and ironic ending. Famously, the plot follows two star-crossed lovers from feuding families. Toward the end, Romeo’s devastated when he finds Juliet dead.

The audience knows that Juliet actually faked her death and is in a dead-like sleep. Romeo then kills himself, only for Juliet to awaken and find him dead. In a moment of grief, Juliet takes her own life. 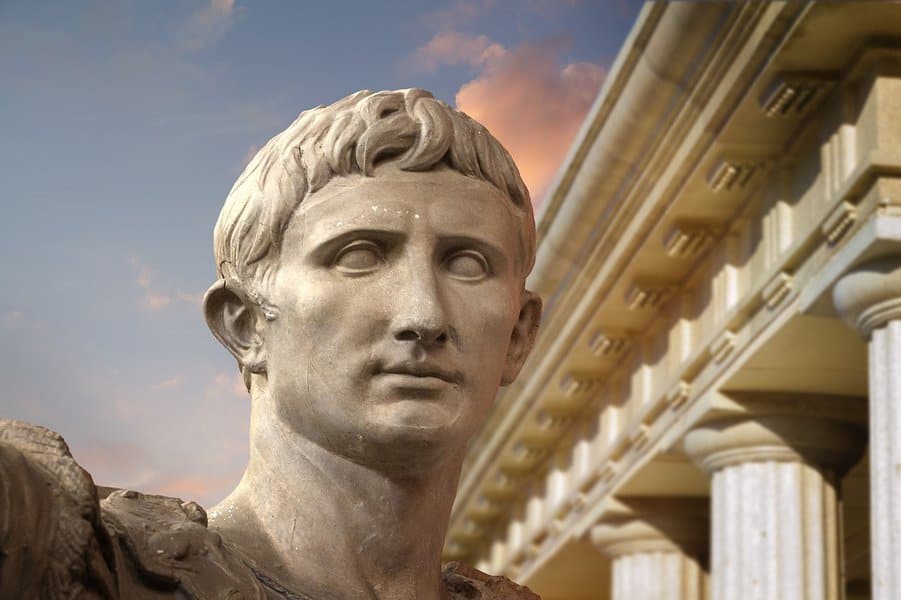 We’ve looked at a few examples of irony in literature, but there’s a lot more to examine. Literature is famous for featuring situational irony, verbal irony, and dramatic irony. Here’s a look at some examples.

After Caesar’s assassination led by Brutus, Mark Anthony praises Brutus and the assassins when he states, “But Brutus says he was ambitious and Brutus is an honorable man.” He then goes from honoring to reprimanding in the following sentence. Anthony adds, “We’re left in no doubt as to who’s ambitious and who’s honorable.”

Jane Austen’s classic novel Pride and Prejudice follows Elizabeth Bennet’s journey as she learns lessons about true goodness and not jumping to conclusions. The novel is full of dramatic, verbal, and cosmic irony, notably in the narrator.

The narrator’s comments are constantly ironic, starting with the first line, “It is a truth universally acknowledged, that a single man in possession of a good fortune, must be in want of a wife.” However, the novel follows Bennett and her family’s search for a husband.

Lemony Snicket: The Unauthorized Autobiography is a fictional book that looks at the life of Lemony Snicket. It’s a brilliant book that offers many mysteries with significant verbal irony. 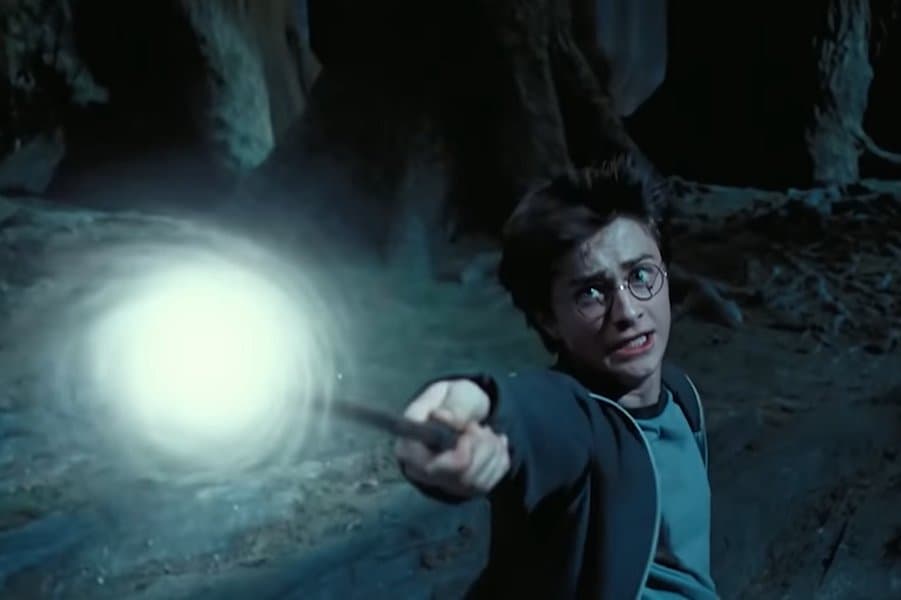 Pop culture wouldn’t be the same without irony. There are several instances of irony in movies, television, reality shows, and more.

Transcending time, few bands compare with The Beatles. However, The Beatles can’t avoid irony either. In 2002, a fan planted a tree in Griffith Park in memory of guitarist George Harrison. However, the city had to replace the tree after the original died due to an infestation of beetles.

J.K. Rowling’s Harry Potter series is groundbreaking and features several cases of irony. Throughout the series, teacher of the Dark Arts Professor Severus Snape is at odds with Harry Potter. He’s resentful of his fame, popularity, and arrogant attitude.

That said, Snape’s actions before the first book set Potter’s fame in motion. Snape went to Voldermort and told him about a prophecy, which Voldermort assumed referred to Harry and his parents. Everything Snape feels stems from him putting Potter on the path to wizard stardom.

Before becoming an international musician, Pharrell Williams worked regular jobs like everyone else, such as at Mcdonald’s Restaurants. He wasn’t made out that type of work thought, with the company firing him three times. Williams went on to become a major music star and even helped create Mcdonald’s most iconic jingle, “I’m Lovin’ It.” 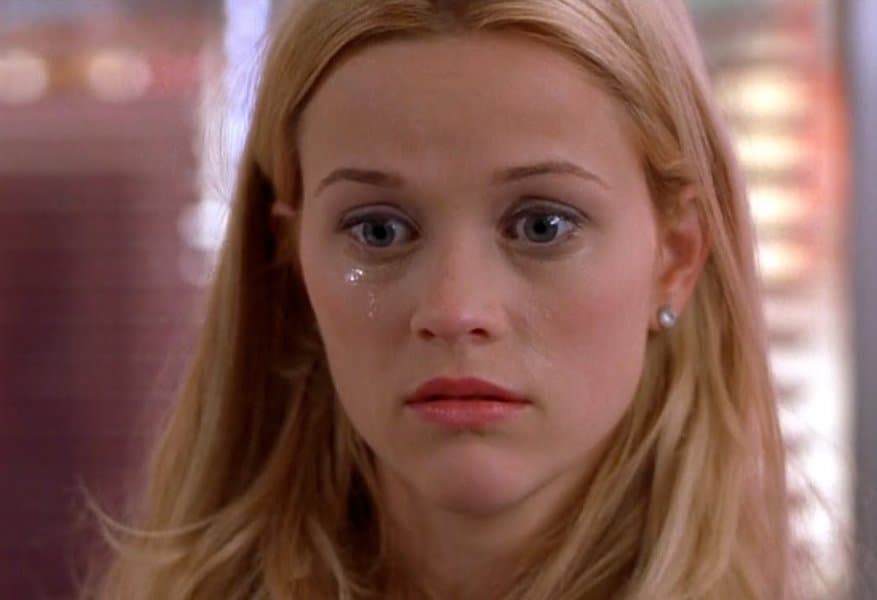 Also known as the Socratic method, Socrates would pretend to know less than he does on a topic to draw out his adversary’s nonsense in their argument. Socratic irony is a popular technique in movies and television.

Despite her bubbly attitude and blonde hair, she’s not a dumb blonde at all. Her enemies continually underestimate her, which she uses to her advantage.

The hit series Columbo debuted in the early 70s. With a new mystery each week, the series has dramatic and Socrates irony elements. Instead of a “whodunit” mystery, the audience knows the perpetrator of the crime.

The plot follows Columbo as he tries to solve the mystery. Furthermore, Columbo seems like a disorganized and unassuming homicide detective. Suspects often let their guard down because they underestimate Columbo. 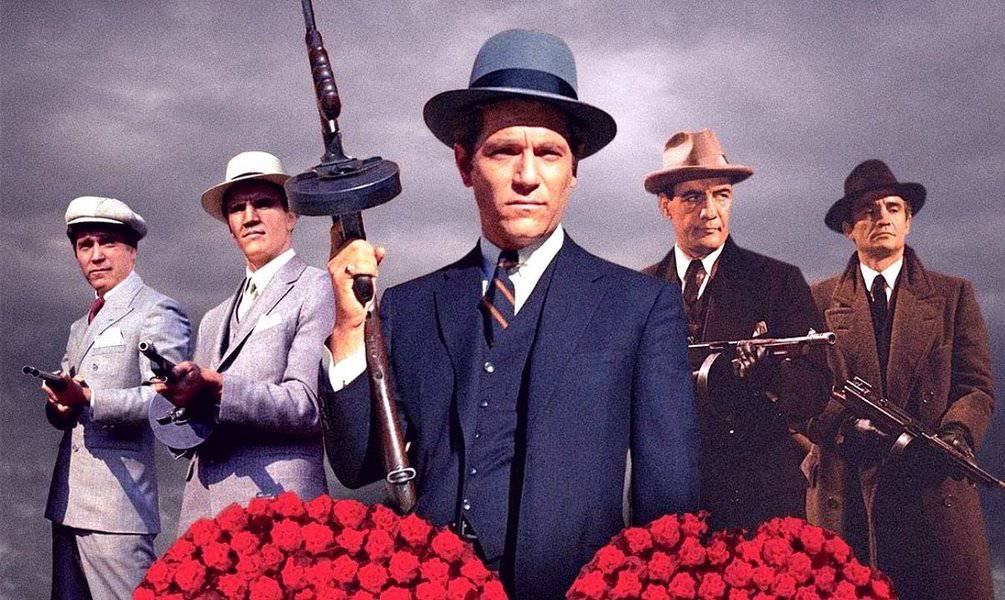 Throughout history, there have been numerous instances of historical irony. Looking back at these incidents is mind-blowing based on where history has gone.

Al Capone is one of history’s most notorious gangsters. He made his fortune during the Prohibition Era as the head of the Chicago Outfit. Despite his criminal ways, Capone’s brother was a federal Prohibition agent.

17. The Elixer of Life or Gunpowder

In the 9th century, Chinese alchemists attempted to create an elixir of immortality. In other words, they wanted to live forever. Instead, they made gunpowder, which ends life. Pretty self-explanatory why this is ironic.

See more about - 16 Mandela Effect Examples And What They Mean